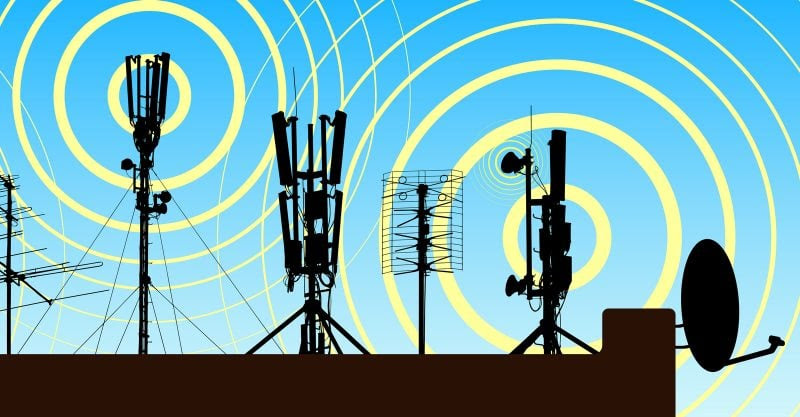 By CHD 5G and Wireless Harms Project Team
Children’s Health Defense will hold a press conference March 22 to discuss why it seeks emergency relief to stay a rule that would preempt federal and state civil rights laws designed to protect the disabled.
Children’s Health Defense (CHD) Thursday filed a motion for emergency relief with the U.S. Court of Appeals for the D.C. Circuit asking the court to stay the Federal Communications Commission’s (FCC) Over-the-Air Reception Devices” (OTARD) Rule Amendment before it goes into effect March 29.
The motion is part of CHD’s petition, filed on Feb. 26, challenging the rule amendment. CHD will hold a press conference March 22, at 4 p.m. EDT (register below).
CHD is opposing an amended rule allowing private property owners to place fixed point-to-point antennas supporting wireless service on their property and, for the first time, to extend wireless data/voice services, including 5G, to users on neighboring properties. The rule purports to facilitate fast deployment of mesh Wi-Fi networks, 5G and the ground infrastructure for SpaceX satellites, especially in rural areas.
The amended rule allows installation of radiation-transmitting antennas on homes while preempting all state and local zoning authority. No permit is required, homeowners’ association and deed restrictions and any other state laws are preempted.
The focus of CHD’s motion for emergency relief is the FCC’s preemption of federal and state civil rights laws that protect the disabled and their rights for accommodations. People who are adversely affected will have no right to object to the installation of these devices, even though they will be involuntarily exposed to harmful radiation in their homes.
A motion for stay requires that the movants demonstrate: (a) likelihood of success on the merits in the case; (b) they are likely to suffer irreparable harm; (c) the balance of interests favors an injunction; and (d) a stay is in the public interest.
In its motion, CHD claims that if the amended rule goes into effect, petitioners and many others who developed [url=https://ecfsapi.fcc.gov/file/10052040910188/EUROPAEM EMF Guideline 2015-Belyaev et al 2015.pdf]radiation sickness[/url] (electrosensitivity) or other sicknesses caused or aggravated by wireless technology radiation, will suffer immediate, irreparable and, for some, life-threatening injuries. Many will be driven out of their homes, but nowhere will be safe for them, not even rural areas.
CHD argues petitioners are likely to win the case because the amended rule violates substantive and procedural due process rights, and is unlawful and contrary to the public interest. Therefore, and because of the irreparable harm to many, the court should grant the stay pending a final decision in the case.
Petitioners include a family physician and mothers of four children who are sick from wireless radiation.
CHD’s April letter to the FCC was joined by [url=https://ecfsapi.fcc.gov/file/105191672708448/Tachover OTARD Objectors Declaration.pdf]6,231 people[/url] who declared that they and/or their children are sick from wireless radiation. Eleven affidavits were filed in support of the motion, providing evidence of widespread sickness and even death in adults and children.
Three of the affidavits were filed by experts, including Beatrice Golomb, M.D., Ph.D., whose [url=https://ecfsapi.fcc.gov/file/1091442657471/Cuban Embassy-Beatrice Golomb PhD-Microwave Attack.pdf]2018 paper[/url] showed that the “mystery sickness” suffered by U.S. diplomats was likely caused by pulsed radio-frequencies The petitioners in the March 18 filing experience the same sickness and symptoms brought on by exposure to wireless technology.
Following the request of the U.S. Department of State to advise officials on the “mystery” sickness of the U.S. diplomats, in December 2020, the National Academy of Sciences, Engineering and Medicine (NAS) published a report, “An Assessment of Illness in U.S. Government Employees and Their Families at Overseas Embassies,” confirming Golomb’s findings regarding the diplomats.
Riina Bray, medical director, Environmental Health Clinic, Women’s College Hospital in Toronto, Canada — the first hospital clinic in the world to specialize in radiation sickness, wrote to the court that seven doctors in the clinic had already diagnosed more than 400 patients with the condition, and they have a long waiting list. In addition to having a medical degree, Bray has a degree in chemical engineering and a master’s in pharmacology/toxicology in the area of drug addiction and neurotoxicology.