The Battle of Burbank 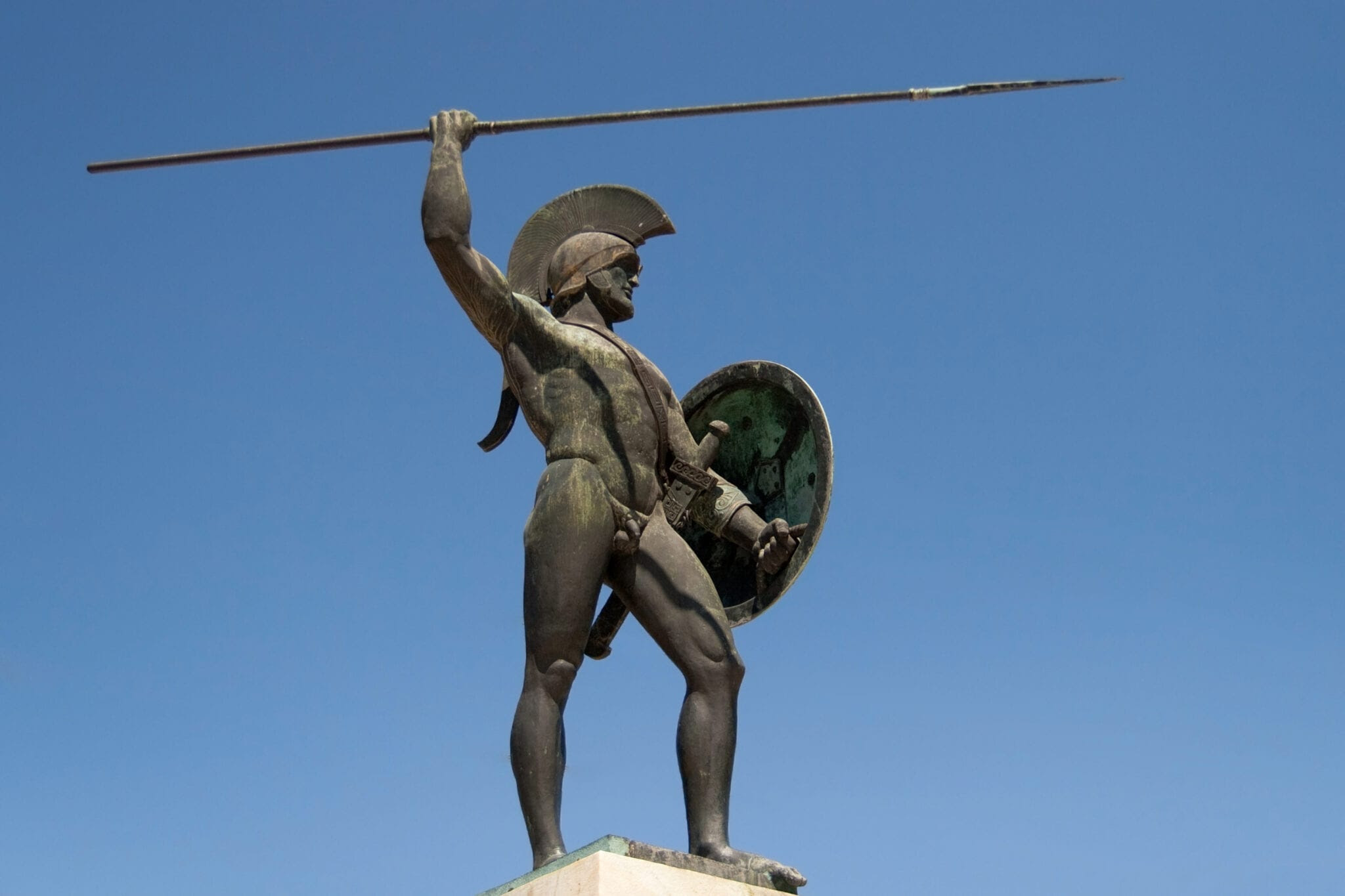 Source: Clarice Feldman
It’s believed the Battle of Lexington and Concord was the fight that set off the American Revolution. While a battle at Burbank, California has received less notice, to me it is inspiring — a community’s refusal to bow to petty, irrational, and illegal bullying.
The story is fully recounted by Robert Morton and I urge you to read it in its entirety, but here’s my synopsis.
Tinhorn Flats is a family-operated bar and restaurant in Burbank. Burbank  has had a death rate from the Wuhan virus  of 2.8 percent of which 80 percent were of those over 65 who had, on average three co-morbidities.
Despite this, and disregarding the substantial sums restaurant and bar owners had shelled out to keep outdoor patrons safe, on December 6 the city council ordered all restaurants closed. Tinhorn refused and continued to serve patrons outdoors. Six days later their health permit was revoked. Tinhorn continued its outdoor service, ignoring the city’s revocation of its permit. In response, the L.A. County Department of Health cited the restaurant 13 times for operating without a permit. Tinhorn stayed open.  The L.A. County Attorney filed a cease and desist order. Tinhorn stayed open.
After a few more legal forays the Burbank City Council filed suit against the restaurant and obtained a temporary restraining order. Tinhorn stayed open.
The city cut power to the restaurant and patrons and fans donated generators and equipment so the restaurant could continue operations.
The city council padlocked the front doors. Tinhorn removed the doors and stayed open.
When the padlocked doors were somehow reinstalled, the restaurant posted on Facebook a picture showing a side door open. Tinhorn stayed open.
Another L.A. County judge required the county to prove that the ban on outdoor dining was necessary. The county failed to do so, but inexplicably the judge refused to lift the ban.
Morton notes:

These petty tyrants don’t seem to realize that they have awakened a sleeping tiger. People from all over the city are patronizing the restaurant. Support is pouring in from all over the country.
Nor do they realize that nothing will stop me or anyone else from patronizing this business.  We are the ocean of freedom and we will flow around any obstacles in our way.  The Burbank City Council will look like the idiots they are in trying to shut down this place.[snip]
Like a desperado who is riddled with bullets but just won’t stop, Tinhorn Flats remains open. The latest chapter in this saga finds the Burbank Fire Department showing up at Tinhorn Flats on Wednesday night to remove a padlock… one that city officials had placed there earlier that morning.
Why? Because as soon as officials left, Lucas Lepejian cut off a lock on a side entrance and reopened the Old West-themed restaurant and bar, reports FOX 11.
After cutting off the padlock, Lepejian let customers in and continued serving them food and drink although the front door remains padlocked, creating what Burbank officials call a “life-safety hazard.”
Standing up to bullies is the only way to defeat them.

Morton links to a GoFund Me page  if you want to help Tinhorn Flats beat the bullies.
Elsewhere, as Roger L. Simon reports, there is another revolution brewing. This one inside the Republican party where ordinary people, alarmed by the weakness of party officials, are standing up to demand more of them.

At a recent Republican meeting in a red state, a longtime state senator condescendingly blew off a question about why their Republican-dominated legislature was not following the lead of other states in restricting Big Tech and was thoroughly booed by those in attendance. In fact, they were shouting at him.
If this doesn’t change, it’s almost certain the coming primary seasons will be a bloodletting almost never before seen in the Republican Party. Many leaders, including well known incumbents, will topple unless they respond.
Many people who never before considered running for public office are doing so.
This is a good thing and harkens back to the American founding, although all should be carefully vetted. That someone has been a success in business, the arts or education does not automatically mean they will perform well in public office.
But people should be encouraged to run and the door opened up. Who would have guessed that Donald Trump would have created a boom in the American economy, reducing minority unemployment to record lows, while making the biggest strides in decades toward Middle East peace?
He is not the only American citizen with untapped skills.

The corporate media — in particular the Washington Post and New YorkTimes —  since the election has ceased emulating Bob Woodward and now plays Monica Lewinsky’s role, in the words of an online friend.  Just one example from this week’s clippings file. There is an astonishing video of President Biden falling three times as he tried to climb the stairway to Air Force One.  This is shocking evidence of his incapacity, yet the major media ignored it.
Nevertheless, the media are taking some hits right now. Project Veritas just won a key victory with a judge’s denial of a motion to dismiss its defamation suit against the New York Times.  Laurence Silberman, a D.C. Circuit Judge, warned the media’s consistent anti-GOP slant is moving us ever closer to becoming a one-party state, and, in effect, he encouraged a plaintiff to seek certiorari at the Supreme Court. He was critical of that Court’s ruling in NYT vs. Sullivan which for all practical purposes grants the press immunity from defamation suits by public figures, and if the plaintiff follows his suggestion, we may get some respite from that Court’s foolish Sullivan ruling.
Speaking of defamation suits, after almost a decade of delays , a D.C. Court finally  dismissed  the suit for defamation by Michael Mann of “hockey stick” fame against National Review. It did so on fairly narrow grounds. Nevertheless, he may be forced to compensate National Review for the substantial attorney’s fees they shelled out to defend against his claim. Mann’s suit against Mark Steyn remains, and we earnestly believe there, too, Mann will lose on more substantive grounds than this one — i.e., that the hockey stick he conjured up and that played such a large role in the Climate Warming scam will finally have to — but cannot — meet a test of scientific validity.
While the election fraud cases continue with little press coverage, another one was just won, with a court ruling that the Michigan Secretary of State lacked legal authority to alter the legislative rules on absentee voting.

Over 3.1 million Michiganders voted by absentee ballot in November. Biden “won” the state by just over 154,000 votes, according to the state-certified results.
“I’m glad the court sees Secretary of State Benson’s attempts at lawmaking for what they are — clear violations of her authority,” said State Rep. Matt Hall, a Republican. “If she wants to make changes like these, she needs to work with the Legislature or properly promulgate them through the laws we have on the books.”
“The Legislature is an equal branch of government charged with crafting laws,” Hall continued. “This is not the role of the Secretary of State, and there is a clear process that must be respected. Unfortunately, Secretary of State Benson has a pattern of not respecting that process. She issued a mandatory directive requiring local election officials to apply a presumption of validity to all signatures on absent voter ballots, but there is nothing within state law allowing for that type of power from her position. As a result, this directive was found to be not in accordance with our laws and not valid.”
Michigan was not the only state where Democrat state officials unilaterally changed election laws, so this ruling certainly raises legitimate doubts whether Biden truly won the election without invalid votes.

The Arizona Senate on Thursday ordered a full hand recount of the 2.1 million votes from Maricopa County and a full audit of the vote there, including an examination of the election machinery.
The wheels of justice seem in need of oiling and are moving slowly, but we can meet, eat, and drink while waiting it out at the Tinhorn Flats bar and restaurant in the meantime.

» WAKE UP HUNDREDS OF TANKS MOVING IN CALIFORNIA COMING THROUGH BURBANK (CA)
» Alien-Human Battle of 1979 in New Mexico: Alleged Eye-Witness Report, The Story of the Alien Base and Battle, Phil Schneider (Videos)
» Battle For The Net
» This Is A Battle Of Consciousness
» POOFness for MAY 3: THE BATTLE