FOX News report with John Ratcliffe who served as the Director of National Intelligence under former President Trump, speaks about Government UFO UAP investigation AATIP UAPTF ongoing motion to investigate strange objects performing impossible maneuvers in the skies around the world, reportedly detected and witnessed by the Navy, the Air Force, and even tracked via satellites. 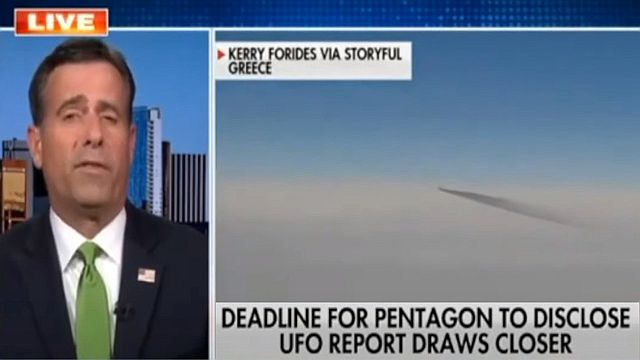 There is a lot of anticipation for the Unidentified Aerial Phenomena Task Force and Department of Defense report which is due for inspection by a congressional committee.

Do the objects represent a threat? Are the UAPs piloted by extraterrestrials? Are aliens visiting Earth?

It is important to note that while some are awaiting a form of UFO Disclosure to the public at large, the mystery of the UFOs in the skies of our planet will more than likely not occur with the release of such a report, but in fact may instigate further investigations that can hopefully draw more interest from leaders in Washington to notice what many are calling for, which is a more transparent investigation into sightings, especially those who are witnesses in the Armed Forces.

With that said, given some of the comments spoken about by John Ratcliffe, members of Congress have already been briefed on various aspects of the phenomenon, and maybe have been alerted to some form of established threat identification.

UFOs UAPs have been seen penetrating sensitive military and commercial airspace on many repeated occasions, tracked on radar, and witnessed by reliable sources.

This interview seems to hint at what we may expect to come in the next 60 days, but more importantly, it brings the topic out of the fringes it has resided in for many years, into a far more serious mode of understanding, and the public wants to know!

Editor's note: Be aware for a false flag alien attack!