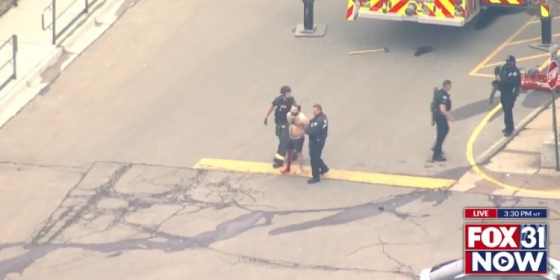 Source: Cristina Laila
Get ready for the Democrats to start saying Gun Control!!
Ten people are dead, including a police officer, according to law enforcement.
Police said the shooter’s motive has not been determined at this time.
Chief Maris Harrold said the deceased police officer, Eric Talley, was the first one on the scene and said his actions were “nothing short of heroic.”
WATCH:

BREAKING: Boulder Police Chief Maris Herold announces that there were ten people killed in the mass shooting today, including Boulder Police Officer Eric Talley. She says that he was the first officer on the scene and that his actions were "nothing short of heroic." 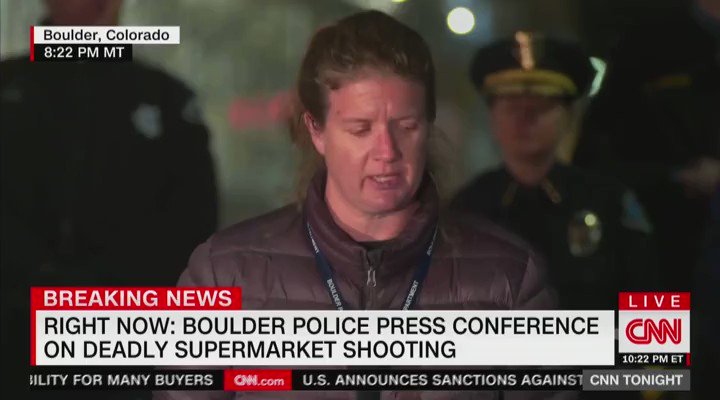 Police responded to an active shooter at a King Soopers grocery store in Boulder, Colorado on Monday afternoon.

do on Monday afternoon.

A video shows multiple people injured (possibly deceased) and down on the ground as shots are fired.
WATCH (warning graphic):

A law enforcement source told ABC News that officers responded to a report of someone shot in the parking area, and when they arrived at the scene, a suspect opened fire on them.
The suspect allegedly used a long gun, according to sources.
There are reports of injuries, but no further details are currently available, according to a source.
Several law enforcement agencies quickly arrived at the scene, including the state SWAT team.

Police surrounded the grocery store and ordered the shooter to come out of the building with his hands up.
WATCH:

Boulder police were seen leading a person away in handcuffs.
He’s bleeding, but able to walk.
The cuffed person was put on a stretcher and taken away in an ambulance.

Colorado Governor Jared Polis released a statement on the shooting.