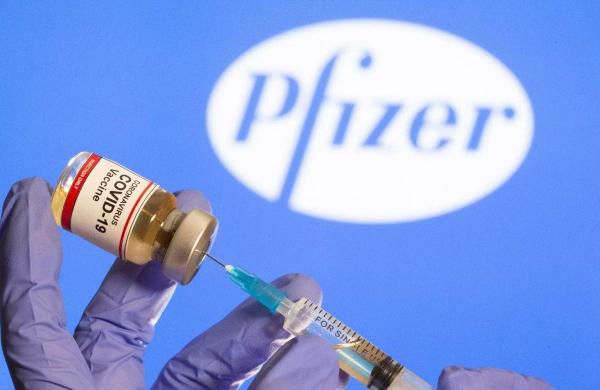 Hong Kong health officials have HALTED shipments of the Pfizer vaccine after multiple defects were identified and reported. The South China Morning Post reports that front-line healthcare workers discovered over fifty instances of cracked and leaking vials. How can Pfizer guarantee the consistency and safety of the mRNA science, if they cannot keep the vials intact and properly preserved?
There is no practical way to ensure the safety of an experimental vaccine that has to be preserved at -93 degrees Fahrenheit. The Pfizer mRNA vaccine is shipped in boxes that can only be opened twice a day for a maximum of 180 seconds. If the nano-particles in the vaccine are not properly preserved at this correct temperature, they become dangerous and ineffective to human immune systems. Moreover, a manufacturing feat at this scale is naturally prone to multiple errors.

After the leaking vials were identified, Hong Kong health officials canceled vaccine appointments at all twenty-one community vaccination centers. At least 1,080 doses had already been administered at nineteen vaccination centers the same day the doses were suspended. Citizens who were scheduled to get the Pfizer vaccine that day were told they could not get the jab “until further notice.” Some of the vaccine junkies angrily waited at the vaccination centers, demanding that they get their fix.

Just as the heroin addict shoots up to get a feeling of elation and a sense of freedom, so do today’s vaccine addicts, who shoot up to get a feeling of elation and a psychological sense of freedom. Vaccine junkies derive a sense of elation and freedom from a series of shots. While they aren’t technically addicted on a physiological level, their brains are trained to be dependent on the needles all the same. It doesn’t matter where the shots come from, if the vials are broken, or whether the needles are dirty and unsafe. Vaccine junkies need their fix.
This embarrassing psychological phenomenon is happening because governments continue to hold people down, coercing people to give up their freedoms, while brainwashing them to believe they will never be fine again if they do not plunge the needles in their arms. Governments and pharmaceutical companies have become like gangs and drug dealers, controlling and ruining people’s lives. This isn’t science. This is coercion. These are people with real PROBLEMS and they will soon be coming for every child’s mind, to continue the cycle and plunge more needles in their arms.

The manufacturer is looking for an alibi, but doesn’t need to worry because they enjoy immunity from all prosecution

Hong Kong’s covid-19 vaccination program had previously dealt with eight incidents of cracked BioNTech vials and twenty-two air pressure issues resulting in leaks. These quality control issues were all traced back to the manufacturer and were not the result of sabotage along the distribution process. After another sixteen reports of leaking vials, Hong Kong’s Director of Health had to investigate. There were an additional eleven vials that were stained, with suspicious marks on the exterior of the glass containers. These vials were traced back to batch 210102, of which, over one hundred fifty thousand doses had already been injected into arms. The Hong Kong Director of Health is preparing to open batch 210104, which includes seven hundred fifty-eight thousand reserve doses.
BioNTech, the manufacturer, has launched a separate investigation into the botched, stained and leaking vials. BioNTech wrote to Hong Kong health officials, confirming that there are no safety issues with the batch; however, BioNTech requested that Hong Kong stop using vials from that batch out of an abundance of caution. BioNTech wrote that the one hundred fifty thousand doses that were already received from that batch pose no safety risk to the people who received them.
At the end of the day, Pfizer and BioNTech need not worry. Even if someone experiences a severe reaction to the vaccine, Pfizer is indemnified from any civil or criminal lawsuit. These vaccine companies wield absolute power over Nations, subverting the rule of law, while coercing people to comply with no recourse.