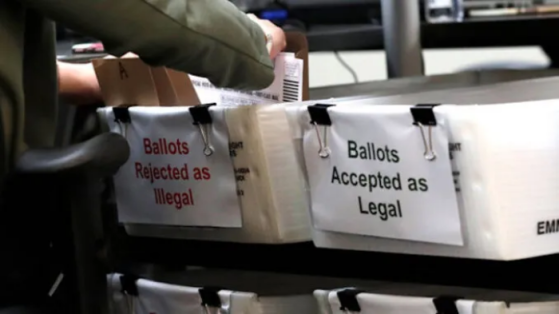 Source: Niamh Harris
The Wisconsin state assembly has begun a probe into the 2020 presidential election amid allegations that laws were broken during the vote count.
On Tuesday, the Republican-controlled assembly voted to pass a resolution to authorize the investigation.
After passing the resolution, the state’s elections and campaign committee now have subpoena power. Officials can use these powers to gather mandatory testimony and documents as part of the probe.
The investigation will look into voting irregularities in the battleground state, which was narrowly won by Joe Biden.
Per Associated Press:

The Republican-controlled Wisconsin Assembly passed a resolution Tuesday to authorize an investigation into the 2020 presidential election that President Joe Biden narrowly won in the state.
The resolution, opposed by Democrats, is needed to give the committee authorization if it decides to issue subpoenas to compel testimony and gather documents, said Rep. Joe Sanfelippo. He is vice-chairman of the Assembly elections and campaign committee that would conduct the probe.
The resolution authorizing the investigation passed on a 58-35 party line vote, with all Republicans in support and all Democrats against. It passed after Republicans last month ordered an audit of the election results.
Republicans said they wanted to gather more evidence to see if laws were broken, but Democrats said they were trying to score political points, undermining the public’s faith in elections and insulting election clerks, poll workers and others who ran the election.

Thegatewaypundit.com reports: President Trump had a sizable lead in Wisconsin on election night when crooked Democrat elections officials stopped counting ballots.
By the next morning, Dementia Joe somehow took the lead.
Overnight Wisconsin had a huge dump of votes all for Joe Biden, notice the blue line below: 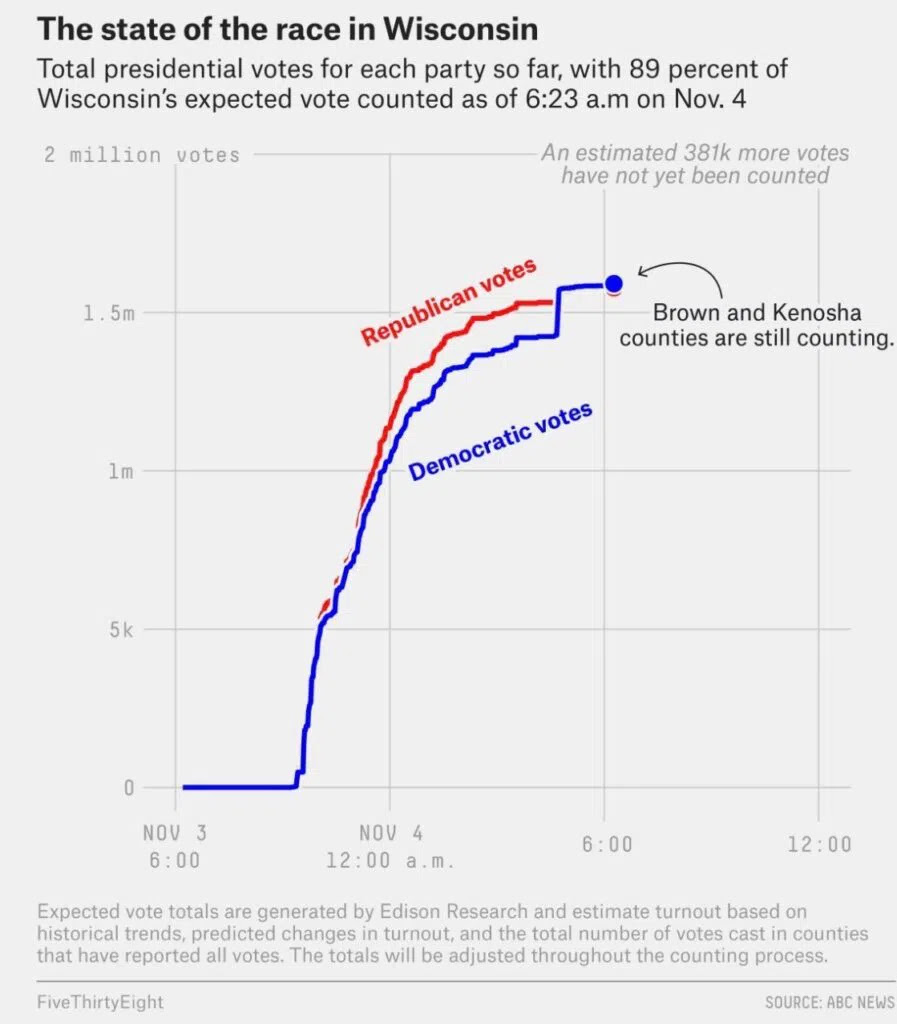 Joe Biden somehow outperformed Barack Obama’s 2008 performance and Hillary Clinton’s 2016 numbers in Milwaukee County despite the Census Bureau’s data indicating the county actually shrank in the last 10 years.
Joe Biden ended up ‘winning’ Wisconsin by 21,000 votes.
The Democrats used every trick in the book to steal Wisconsin, including increasing the number of “indefinitely confined” voters who can vote without IDs.
The total number of “indefinitely confined” voters, or Express Votes ballots for individuals with disabilities skyrocketed from around 60,000 in 2016 to over 240,000 in 2020.
No photo ID is required in Wisconsin for indefinitely confined voters. Nor do we know if they were filled out and presented properly with all the required proof needed to vote.
In addition to the IC ballots, the observers in Dane County found thousands of ballots with the initials ‘MLW’ on them. We don’t know if these ballots were completed correctly or not as well. But like the IC ballots, these ballots were in pristine condition and had no creases on them. They could not have been mailed in during the election.
Assembly Speaker Robin Vos said he wanted to proceed with the investigation into the 2020 election, which would be more public than the audit, to see if any other issues are raised that need to be considered . – reported Madison.com.