OUT OF MIND » THE INSANITY OF REALITY » ILLUMINATI AGENDA & WORLD DOMINATION » Prince Harry: I’m Going to Fight on the Front Lines to CENSOR Independent Media 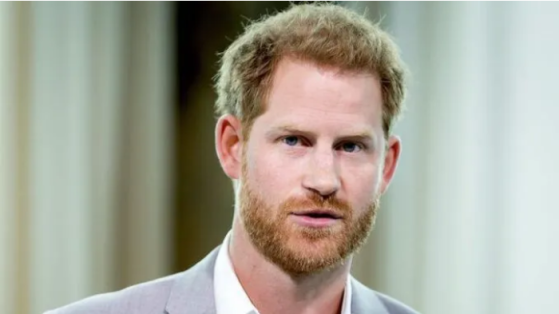 Source: Niamh Harris
Prince Harry has crowned himself the ‘woke King’ of censoring independent media, by taking up a job as a glorified fact-checker.
Harry’s new role as a member of the Commission on Information Disorder by an American think tank, will see him fighting on front lines to ‘combat fake news.’
The Duke of Sussex announced this week that he would be taking on the job of fighting the “avalanche of misinformation” online, which he claimed has become a “humanitarian issue”.
Breitbart.com reports: Harry said in a statement reported by The Guardian on Wednesday: “The experience of today’s digital world has inundated us with an avalanche of misinformation, affecting our ability as individuals as well as societies to think clearly and truly understand the world we live in.”
“It is my belief that this is a humanitarian issue and as such, it demands a multi-stakeholder response from advocacy groups, members of the media, academic researchers, and both government and civil society leaders,” Meghan’s husband added.
It is the second role that the prince, formerly a working member of the British royal family, has confirmed to have taken in recent days.
Earlier this week, it was revealed that Harry had taken on the role of chief “impact officer” at a San Francisco startup that sells employee coaching services to firms.
The chief executive of BetterUp, Alexi Robichaux, has denied that his company took on the prince as a publicity stunt.
While tackling so-called fake news in the media in his latest role, Harry and his wife Meghan were recently forced to correct a false story they had perpetuated themselves.
During a tell-all interview with Oprah Winfrey earlier this month, the couple had claimed that they were secretly married by the Archbishop of Canterbury, Justin Welby, in their garden three days before their multi-million-pound public royal wedding.
Meghan had told the talk show host: “You know, three days before our wedding, we got married.”
“So, like, the vows that we have framed in our room are just the two of us in our backyard with the Archbishop of Canterbury,” the former TV actress claimed.
Prince Harry backed up his wife’s claims, saying it was “just the three of us.”
Figures in the clergy questioned the remarks, given that under Church of England and English secular law, a wedding must be conducted in an officially-recognised location and be witnessed by two other people, and a couple who are already married cannot marry again.
A spokesman for the woke couple was forced to confirm this week to the media that Meghan and Harry had “privately exchanged personal vows a few days before their official/legal wedding on May 19”, and were not married before their public wedding as claimed.

OUT OF MIND » THE INSANITY OF REALITY » ILLUMINATI AGENDA & WORLD DOMINATION » Prince Harry: I’m Going to Fight on the Front Lines to CENSOR Independent Media