FBI Promises To Hunt Down Anyone Who Lies About Taking COVID Vax As Vaccine Passports Loom Sun Apr 04, 2021 5:05 pm

The FBI wants Americans to know that it is a crime to misrepresent your status as vaccine passports are rolled out. 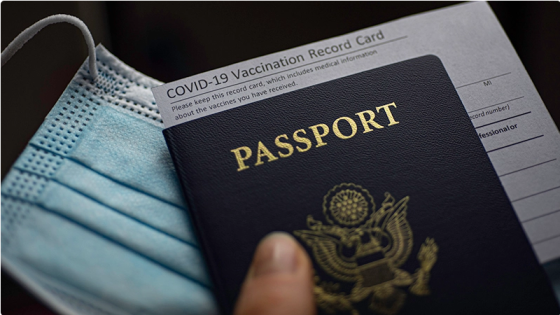 After it was confirmed that the Biden regime is working with major corporations to develop a country-wide vaccine passport, and after New York began the rollout of its own vaccine passport system, the FBI is warning people against fake vaccine passports or COVID-19 vaccination cards.

“We’ve all seen friends posting their #COVID19 vaccination cards on social media,” wrote the Minneapolis branch of the FBI on social medial. “If you make or buy a fake one to misrepresent your vaccination status, you endanger other people and may also be breaking the law.”

The FBI linked to a press release from the Internet Crime Complaint Center, which reveals that federal law enforcement, including the FBI, is “advising the public to be aware of individuals selling fake COVID-19 vaccination record cards and encouraging others to print fake cards at home” and notes that “Fake vaccination record cards have been advertised on social media websites, as well as e-commerce platforms and blogs.”
“If you did not receive the vaccine, do not buy fake vaccine cards, do not make your own vaccine cards, and do not fill-in blank vaccination record cards with false information,” the press release explains, “By misrepresenting yourself as vaccinated when entering schools, mass transit, workplaces, gyms, or places of worship, you put yourself and others around you at risk of contracting COVID-19.”
“Additionally, the unauthorized use of an official government agency’s seal (such as HHS or the Centers for Disease Control and Prevention (CDC)) is a crime, and may be punishable under Title 18 United States Code, Section 1017, and other applicable laws.”
As National File reported, the Biden administration is working with major corporations to develop a vaccine passport system that would require Americans to take one of the controversial vaccines and receive a vaccine passport to engage in commerce. According to establishment newspaper The Washington Post, Biden’s plan is for the vaccine passport to be pushed entirely through large corporations – essentially barring those who refuse the vaccine from engaging in commerce – without any direct federal involvement.
Yesterday, Florida Governor Ron DeSantis signed an executive order banning vaccine passports in the state, and revealed that he is working with the Florida legislature to permanently ban them within the state.