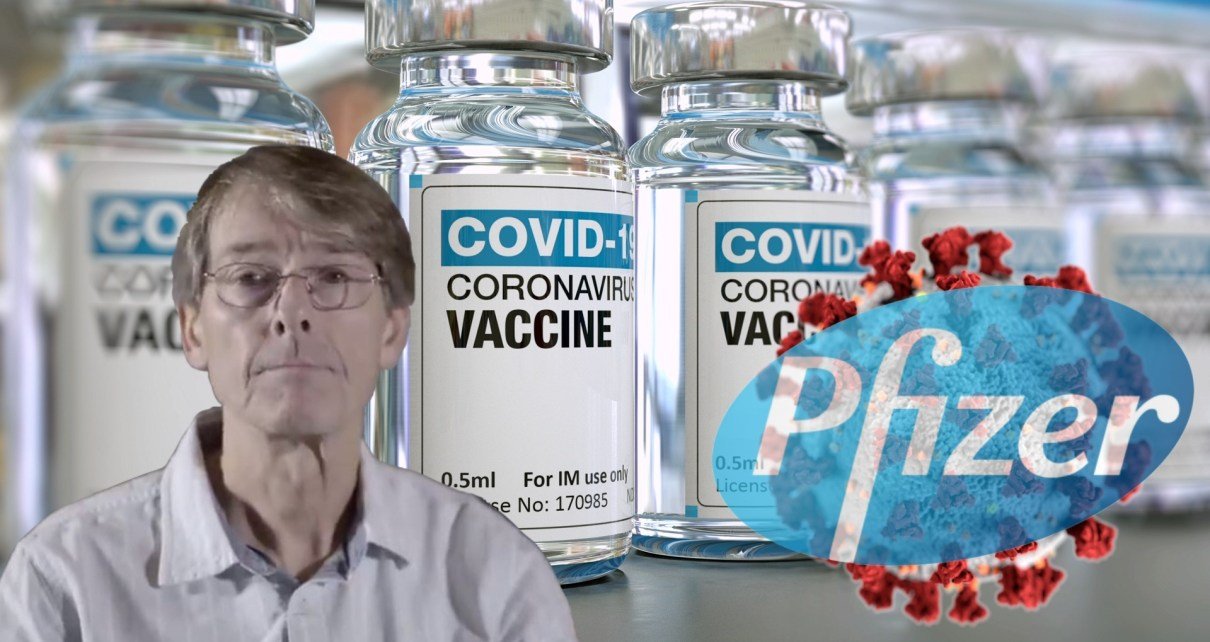 Comments by Brian Shilhavy
Editor, Health Impact News
Like a fireman tasked with helping to get as many people as possible out of a burning building that is about to collapse, Dr. Michael Yeadon, Pfizer’s former Vice President and Chief Scientist for Allergy and Respiratory, has been granting interviews to as many people in the Alternative Media as possible in recent days to sound the alarm on the evil intentions behind the new COVID-19 experimental injections that have now preceded thousands of deaths and hundreds of thousands of injuries worldwide.
He was interviewed today by independent journalist Taylor Hudak and published by The Last American Vagabond.
Dr. Yeadon repeats some things in this interview that he has been saying for months now, including the fact that for people under the age of 70, the risk of getting sick from COVID-19 is less of a risk factor than getting sick from the annual flu virus.
As an avid motorcycle rider, Dr. Yeadon points out that his risk to harm from riding motorcycles is greater that his risk of being harmed by COVID-19 at age 60.
Dr. Yeadon vehemently warns against younger people getting the experimental COVID shots when they are almost at a ZERO risk of being harmed by COVID, but have a tremendous risk of being harmed by the new experimental “vaccines.” He is especially concerned about the push to vaccinate young pregnant women and children:

“Trying to persuade pregnant women in their 20s to be vaccinated: What kind of unethical monster does that?”

The variants are what some people call “scary-iants”, that they’re being used as a psychological operation, and I think there is something in that.
I sarcastically call them the “staymiants” – because they’re really the same. All of the variants are so similar to the original, there’s no chance what-so-ever that you’re body will see them as anything new.
So with that as a back drop, isn’t it scary that politicians keep telling us about variants, and how we need to close borders and stop them moving around the world. And don’t worry, because we are going to make modified vaccines that will address these new variants.
And some of the pharmaceutical companies are actually now developing “top-up,” or variant vaccines.
But if Mike Yeadon is correct, and I am confident that I am, this is my strength, immunology, and what I have just told you is absolutely true.
They (variants) are so similar to the original, it is not just implausible, it is impossible, we would need new vaccines.
And yet we are being told they’re necessary, we’re being told they are manufacturing them.
I am quite furious because I have this open question. What is in these bottles of “variant vaccines”?
The world’s regulators have said they are so similar to the vaccines that are already being used, but they are forgetting to tell us that they are only emergency use authorized anyway.
But the regulators have said “we don’t need any clinical safety testing done on these variants.”
So if you combine my talk about vaccine passports, and how you’ll be compelled to or not to, whatever the operatives tell you, if you combine that with an opportunity to be told “go and get your variant vaccine,” and the pharmaceutical industry can go and make whatever the hell they want, put it in a vial, and you’ll go along and be injected with it.
My significant fear is, if somebody wanted to arrange a situation where mass depopulation could be accomplished, this would probably be a perfect way of doing it.

The video is currently on YouTube, but I don’t expect it to last there long. It is also on Bitchute. See also:


Former Pfizer Chief Scientific Officer on Experimental COVID Injections: “I Have Absolutely no Doubt that we are in the Presence of Evil”