Dead Sea Scroll had two authors, not one

Who wrote the Dead Sea Scrolls ? Image Credit: CC BY 2.0 Israel Defense Forces
A new study has revealed that one of the famous historical scrolls was written by more than one person.
Peter Phillips of Durham University takes a look at the latest findings.

Ever since the Dead Sea Scrolls were accidentally discovered over 70 years ago in a cave in Israel, they have been a source of fascination.

The scrolls are famous for containing the oldest manuscripts of the Hebrew Bible. But exactly who wrote these important documents has been a mystery. Now, thanks to the use of technology, we're getting closer to understanding some of the background to these enigmatic texts.

In a new study, researchers at the University of Gronigen's Qumran Institute have put together a robust investigation into the palaeography - the study of old handwriting - of one of the scrolls.

Through a series of painstaking processes including digitisation, machine reading and statistical analysis, the team propose that two scribes with very similar handwriting probably wrote the two halves of the manuscript.

The scroll in question, 1QIsaa, is a large manuscript and one of seven found near the Dead Sea at Qumran, Israel in 1946. The 2,000-year-old scroll preserves the 66 chapters of the Hebrew Bible's Book of Isaiah and predates other Hebrew manuscripts of Isaiah by over 1,000 years.

The authors trained an algorithm to separate the ink from its background, the leather or the papyrus of the scroll. Then, the algorithm studied every character, looking for small changes that might signal a different writer. This kind of algorithmic technology, shown in the image below, has started to be used in biblical studies, and the wider digital humanities, in just the last few years.

To some extent, the new paper overturns the argument that the original text was the work of one scribe. At the end the 27th column of text out of 54, the researchers found a break in the manuscript - both a gap of three lines and a change in material. A second sheet is stitched onto the first, and at this stage, the authors suggest, the scribe also changed.

This result adds to the general assumption and some previous research suggesting there were perhaps teams of scribes who worked together on the Dead Sea Scrolls, with some working as apprentices to the more senior members.

A different scribe is not the only possible explanation, however. The authors note that a change of pen, the sharpening of a nib, a change in writing conditions or in the health of the scribe could contribute to the difference they found. Still, the difference seems pretty clear, and a change of scribe is the most likely conclusion. 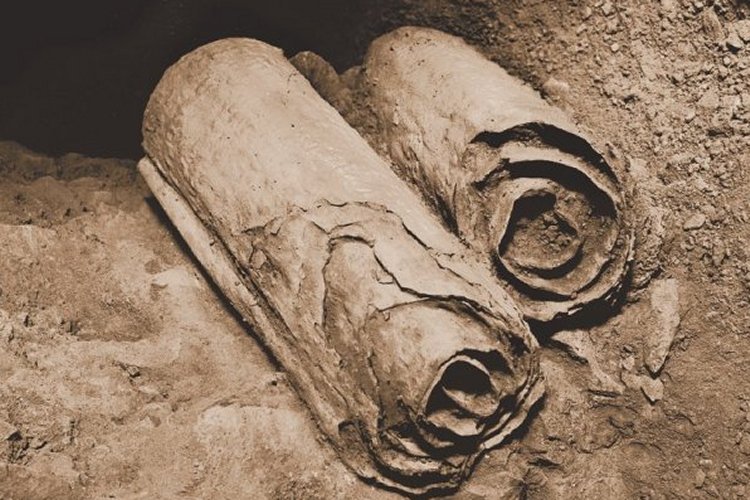 Computers are an increasingly important part of 21st-century text analysis. I have seen increasing numbers of papers at conferences on the Hebrew Bible and the New Testament exploring various aspects of the process of transferring texts into digital artefacts (such as the Codex Sinaiticus project), the issues relating to how different projects can make use of each other's data, and the success - or otherwise - of machine-learning processes.

Biblical scholars, including a group of researchers in Switzerland, are using machine learning and stylometry - the study of linguistic style - to determine which new letters were authored by Paul the Apostle, for example.

Others are modelling texts to explore historical themes across the Hebrew Bible. Machine learning is also being used for text mining - where a target text is compared with many other similar texts to find parallel uses of the same words or ideas - to explore variations between different texts. The number of positive results found this way usually far outreaches the number proposed by human commentators.

The sheer number of possibilities currently produced also exceeds the number of research hours available to determine which are useful for ongoing research and which need to be dismissed as chance parallels. At the moment, the machine-learning tools need refinement but they will get there.

While the use of artificial intelligence in the title of the new study might suggest that computers have taken over the role of the scholars in the northern Netherlands, this is certainly not the case. But the shift to the digital offers a new opening for the study of sacred texts, particularly the Christian scriptures and the Hebrew Bible. 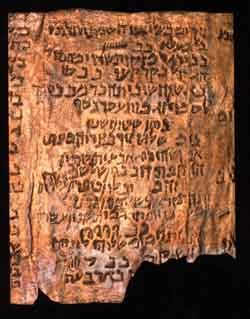 This article is republished from The Conversation under a Creative Commons license.