OUT OF MIND » BREAKING NEWS & HOT TOPICS » THE GREAT DIE OFF » WARNING! Pfizer Vaccine May Cause Heart Inflammation in People Under 30

WARNING! Pfizer Vaccine May Cause Heart Inflammation in People Under 30


Israeli researchers found 62 cases of myocarditis, including two deaths, after recent vaccination with Pfizer. Fifty-five of the cases occurred in men — most between ages 18 and 30.
By
Megan Redshaw 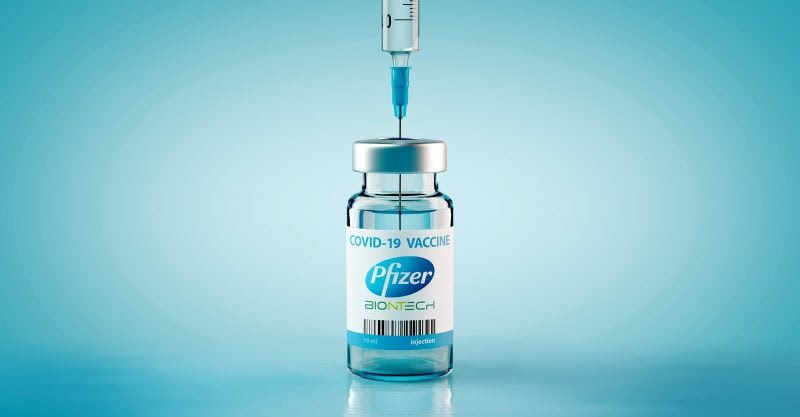 The Defender is experiencing censorship on many social channels. Be sure to stay in touch with the news that matters by subscribing to our top news of the day. It's free.
Details leaked from an Israeli Health Ministry report have raised concerns among experts about a possible link between the Pfizer-BioNTech COVID-19 vaccine and myocarditis, according to The Times of Israel and other news outlets.
The preliminary report by a committee tasked with monitoring vaccine side effects found 62 cases of myocarditis, including two deaths, in people who received the Pfizer vaccine. Fifty-six of the cases occurred after the second dose of the vaccine, and 55 cases occurred in men — most between the ages of 18 and 30.
The two patients who died were reportedly healthy until receiving the vaccine and had no pre-existing conditions. One was a 22-year-old woman, the other was a 35-year-old man. The report noted that 5 million people in Israel have been vaccinated for COVID.
Myocarditis, or inflammation of the heart muscle, can lead to cardiac arrhythmia and death.
Ask Congress to Investigate COVID Origins - Take Action
Israel’s pandemic response coordinator, Nachman Ash, confirmed  “tens of incidents” of myocarditis occurred in vaccinated people, primarily after the second dose, but emphasized the health ministry had yet to draw any conclusions.
Determining a link, Ash said, would be difficult because myocarditis, a condition that often goes away without complications, can be caused by a variety of viruses, and a similar number of cases were reported in previous years, Reuters reported.
However, according to researchers at the National Organization for Rare Disorders, myocarditis can result from infections, but “more commonly the myocarditis is a result of the body’s immune reaction to the initial heart damage.”
Israeli researchers presented their findings to the Israeli Health Ministry Director-General, Pfizer, the Centers for Disease Control and Prevention and the U.S. Food and Drug Administration (FDA).
Asked by Reuters about the review, Pfizer said it was in regular contact with the Israeli Health Ministry to review data on its vaccine and was aware of the Israeli observations of myocarditis that occurred predominantly in young men.
“Adverse events are regularly and thoroughly reviewed and we have not observed a higher rate of myocarditis than what would be expected in the general population,” the company said. “A causal link to the vaccine has not been established. There is no evidence at this time to conclude that myocarditis is a risk associated with the use of Pfizer/BNT COVID-19 vaccine.”
Pfizer said it had not detected similar findings in the rest of the world but would look deeper into the phenomenon.
However, a search for “myocarditis” in the CDC’s Vaccine Adverse Events Reporting System revealed 62 cases of myocarditis, with 70% occurring in people between the ages of 17 and 44. Of the reported cases, 23 were reported after the Pfizer vaccine.
Researchers who conducted the Israeli study stressed further investigation was needed to confirm a link between myocarditis and the vaccine, but added they had significant concerns. They wrote:
“At this stage, according to preliminary findings, which need further corroboration, there is an impression of a higher number than expected, especially for ages up to the age of 30. A more advanced report on the subject will be prepared soon.”
“The impression is that there is an increase in the incidence of the phenomenon especially in young men on the scale of 1:20,000 after vaccination. It is likely that the onset of myocarditis is associated with receiving the vaccine (especially the second dose).”
Experts at the health ministry are reviewing the report and will make results public. However in an interview, Ash said the benefits of the vaccine are so great that “even if we do find a connection between some of the cases and the vaccine, it won’t be justified to take any action regarding the vaccine.”

Past research suggests mRNA vaccines can cause same symptoms as COVID
According to Lyn Redwood, RN, MSN, and president emerita of Children’s Health Defense, “It is not surprising that we are seeing the same immune response resulting in myocarditis from the vaccines’ spike protein as we see in the actual infection.”
Redwood explained that mRNA vaccines work by incorporating the genetic blueprint for the key spike protein on the virus surface into a formula that — when injected into humans — instructs our own cells to make the spike protein.
“The problem with this approach is that the spike protein alone — which the mRNA vaccines instruct the body to make — has been implicated as a key cause of cardiac injury and death in people with COVID-19,” Redwood said.
According to Redwood, based on research conducted to date, it is very likely that some recipients of the spike protein mRNA vaccines will experience the same symptoms and injuries associated with the virus.
As The Defender reported Feb. 10, Dr. J. Patrick Whelan, M.D., Ph.D sought to alert the FDA about the potential for COVID vaccines to cause injuries. Specifically, Whelan was concerned that the mRNA vaccine technology utilized by Pfizer and Moderna had “the potential to cause microvascular injury (inflammation and small blood clots called microthrombi) to the brain, heart, liver and kidneys in ways that were not assessed in the safety trials.”
While Whelan did not dispute the vaccines’ potential to quickly arrest the spread of the virus (assuming the vaccines prove to actually prevent transmission — also not assessed in the clinical trials), he cautioned that “it would be vastly worse if hundreds of millions of people were to suffer long-lasting or even permanent damage to their brain or heart microvasculature as a result of failing to appreciate in the short-term an unintended effect of full-length spike protein-based vaccines on other organs.”
In October 2020, physicians warned that research demonstrated the SARS-CoV-2 virus could impact multiple organs of the body, including the heart, and that nearly a quarter of people hospitalized with COVID experience myocardial injury, such as arrhythmias or thromboembolic disease.
Dr. Hyung Chun, a Yale cardiologist, suggested that the endothelial cells lining the blood vessels potentially release inflammatory cytokines that further exacerbate the body’s inflammatory response and lead to the formation of blood clots. Chun stated: “The ‘inflamed’ endothelium likely contributes not only to worsening outcome in COVID-19, but also is considered to be an important factor contributing to risk of heart attacks and strokes.”
In a prospective study that followed 100 patients who recovered from COVID, researchers found involvement of the heart on MRI scans in 78% of patients, and ongoing myocardial inflammation in 60%. These findings were independent of the severity of the infection, overall course of the illness and time from the original diagnosis.
In October 2020, researchers took a more detailed look at the heart after death from COVID-19 and found “cardiac damage was common, but more from clotting than inflammation” and that “microthrombi (small blot clots) were frequent.”
“We did not expect this,” said study co-author Dr. Renu Virmani, of CVPath Institute in Gaithersburg, Maryland. “It seems to be unlikely that the direct viral invasion of the heart is playing a major role in making myocardial necrosis and microthrombi.”
A subsequent study published in January confirmed the findings of microthrombi resulting in myocyte necrosis, indicative of a recent myocardial infarction (heart attack), in 40 individuals who died from COVID infection — the studies also identified microthrombi as a major cause of cardiac injury.
Clinicians around the world have seen evidence suggesting the virus may cause heart inflammation, acute kidney disease, neurological malfunction, blood clots, intestinal damage and liver problems.

OUT OF MIND » BREAKING NEWS & HOT TOPICS » THE GREAT DIE OFF » WARNING! Pfizer Vaccine May Cause Heart Inflammation in People Under 30