Facts may be experienced but they cannot be proved

Posts : 3686
Join date : 2017-02-15
Sleep has often been celled the younger brother of death. This simile illustrates the path pursued by the human spirit more perfectly than might be supposed, if it is only viewed superficially, for it give an idea of the way in which the various incarnations through which the human spirit passes are connected together.
In my articles on “Reincarnation and Karma from the standpoint of Modern Natural Science” (contained in the magazine “Lucifer Gnosis”, — number 5 and 6) it was shown that when the present natural scientific method of thinking is carefully followed to its conclusion it leads to the ancient teaching of the evolution of the eternal human spirit through many lives. From this knowledge the question necessarily arises: How are these many lives connected one with another? In what sense is the life of a human being the effect of his former lives and how does it become the cause for later embodiments?
In this respect the phenomenon of sleep affords an illustration of the connection existing between cause and effect. It is possible that many who think themselves great scientist will find the following explanations quite “unscientific.” This is comprehensible, for one who has no experience of the super sensible realms, and who at the same time has not be necessary reserve and modesty to admit that he can still learn something, is bound to make this objection.
He should not say that the things here brought forward are “contrary to reason,” and that they cannot be proved by the intellect. The intellect can do nothing more than combine and systematize facts. Facts may be experienced but they cannot be proved by the intellect. A person cannot prove the existence of a whale by means of the intellect; he must either see one for himself, or accept the description given by those who have seen one. This is the case too with super-sensible facts. If a person is not sufficiently advanced to see them for himself, he must accept the description given by others. I can assure you the super-sensible facts I am about to describe are, to those whose higher senses are opened, just as “real” as a whale.
https://rudolfsteinerquotes.wordpress.com/2021/04/13/facts-may-be-experienced-but-they-cannot-be-proved/
#thebodymechanic #workingoutthekinks #bridgettelyndolgoff #quantumconnectivemedicine #energymedicine #structuralmedicine #traditionalosteopath #herbalmedicine #nutritionalmedicine #medicalintuitive #stillpointtherapy #bonemarrowtherapy #Lemniscatetherapy #shamanism #anthroposophymedicine #biodynamicfarmer #thecranialmethod 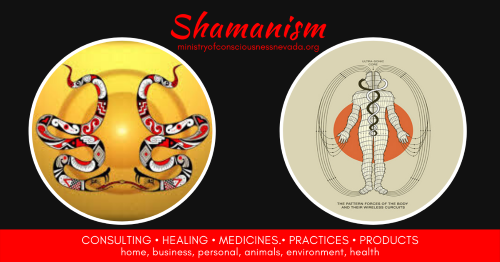