More parties have come forward to criticize Gates for his support of IP protections. 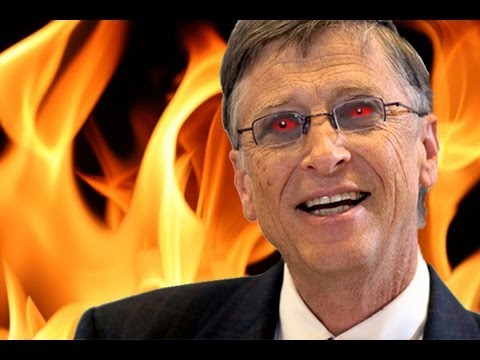 Source: Zero Hedge
Roughly one year after the Bill and Melinda Gates Foundation seized control of the global response to COVID-19 with the goal of providing “equitable access” to a vaccine, Bill Gates & Co. have accomplished the opposite: The Covid-19 ACT-Accelerator mechanism, backed by the Gates Foundation, has a stated policy of respecting the exclusive intellectual property rights of western drugmakers. At the same time, the WHO-backed alternative solution, known as Covid-19 Technology Access Pool, or C-TAP, which was supposed to foster an open-source pool of vaccine and drug technology, has mostly faltered.
As India’s second-wave COVID-19 outbreak spirals out of control, more parties have come forward to criticize Gates for his support of IP protections. Considering the scarcity of the medicines, there have been increasing calls from countries like India and South Africa, international relief organizations and other public figures to waive IP protections so that poorer countries can get faster access to the vaccines. WTO Director General Dr. Ngozi Okonjo-Iweala has led a host of emerging-market nations in a push to waive IP protections, arguing that numerous facilities exist that could ramp up production in the coming months.
But as pressure to reconsider this stance mounts, Gates insisted during an interview Monday with Sky News’ Sophy Ridge that stripping IP protections from vaccine recipes wouldn’t be helpful. Asked point blank about the issue, Gates responded with an emphatic “no”.
“The thing that’s holding things back in this case is not intellectual property. It’s not like there’s some idle vaccine factory, with regulatory approval, that makes magically safe vaccines. You know, you’ve got to do the trial on these things. Every manufacturing process has to be looked at in a very careful way,” Gates explained. “There are all sorts of issues around intellectual property having to do with medicines. But not in terms of how quickly we’ve been able to ramp up the volume here.”

As Gates sees it, his foundation has helped to accelerate the pace of vaccine testing and design by years. In the past, it would likely have taken decades for poor nations to get supplies from rich states that designed them. “Typically, in global health it takes a decade between when a vaccine comes into the rich world and when it gets into the poor countries,” Gates said.
While Gates apparently can’t see past how things were done in the past, critics quickly pointed out that countries like the US are already stockpiling more vaccines than they can use. And while Gates insists that there aren’t any factories in the developing world capable of making patented western jabs, India’s Serum Institute is an obvious example of how this simply isn’t the case. Plus, many of the countries pushing the vaccine IP waiver at the WTO have identified facilities where vaccine production can be ramped up quickly.
Opponents of this approach from within the pharmaceutical industry are scrambling to lobby the Biden Administration to oppose the waiver push at the WTO after a recent speech by Katherine Tai, Biden’s top trade official, stipulated that Washington would “consider what modifications and reforms” can be applied to intellectual property rules. Among other risks, Big Pharma is arguing that an “open” vaccine would benefit American rivals like China and Russia.
But the reality is that billions of denizens of the developing world stand to benefit, while drug companies and the international pharmaceutical industry stands to miss out on some profits.