Yesterday at 9:13 pm by PurpleSkyz

Yesterday at 8:13 pm by PurpleSkyz

Yesterday at 8:04 pm by PurpleSkyz 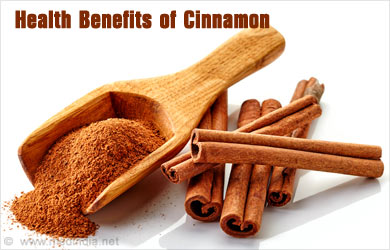 By Natural Blaze
Although the U.S. FDA has attempted in the past to create a spice scare, the history of cinnamon use spans thousands of years among disparate cultures, rendering FDA claims as nothing more than a ham-fisted desire to assert severe regulatory control over this natural product.
The fact is: quality cinnamon, such as organic Ceylon, is one of the most diverse and inexpensive ways to boost your overall health. Taken moderately it is far safer than what the FDA continues to approve on a daily basis as over-the-counter drug consumption for adults and children.
Cinnamon is a fantastic source of fiber, flavanols, calcium, iron, manganese, and powerful antioxidants. Its ease of consumption offers a pleasing range of dietary compatibility. Cinnamon can also be used topically and even added as a natural fragrance to boost health and sharpen the mind!
The following 10 amazing health benefits of cinnamon have been documented, and clearly demonstrate why this is one spice that needs to be defended instead of eradicated.

1. Gut health – This is key, as gut health is increasingly being shown as the center of a multitude of other problems that formerly have been treated in isolation. Ailments such as Irritable Bowel Syndrome, diarrhea, acid reflux, indigestion and even chronic pain such as arthritis have all shown the potential to be alleviated through cinnamon consumption.
2. Oral health – This is another key area that is often overlooked as the root cause for many of our ailments. A reduction in tooth decay and gum disease is essential to one’s overall health outside of diet and exercise. Cinnamon has natural anti-bacterial and anti-microbial properties which help avoid physical deterioration,  In the abstract of a study posted at PubMed, we find the mechanism for how this occurs, as well as its superiority over another common essential oil:

A comparative study was carried out between cinnamon oil and clove oil on the oral micro-biota causing dental caries. Cinnamon oil was found to be more effective than clove oil exhibiting broad spectrum of antibacterial activity inhibiting all the ten test bacterial species involved in dental caries. Cinnamon oil produced maximum inhibition zone of diameter (IZD) of 24.0 mm against Streptococcus mutans (major causative bacteria of dental plaque) as compared to clove oil (IZD = 13.0mm). This is contrary to the popular belief that clove oil is effective in tooth decay and dental plaque. This study shows the potential of cinnamon oil over clove oil in the treatment of dental caries. (www.actabiomedica.it). [Source]

As an added benefit, cinnamon is the perfect addition to your natural mouthwash and toothpaste for clean breath throughout the day.
3. Mood/mind enhancer – This might be the most comprehensive category among them all. Whether eaten, or used as aromatherapy, cinnamon has demonstrated that it can aid in cognitive function to boost memory and prevent Alzheimer’s, reduce irritability and depression (also associated with PMS), alleviate headaches while increasing attention and focus, and can even spice up your sex life. The range of ailments connected to our mood and brain function is endless and cinnamon continues to attract further study as a natural mental health supplement.
4. Lowers blood pressure – A thorough study was conducted in the UK via a randomized, placebo-controlled, double-blind clinical trial. The findings were miraculous:

After intervention, the mean HbA1c was significantly decreased (P<0.005) in the cinnamon group (8.22% to 7.86%) compared with placebo group (8.55% to 8.68%). Mean systolic and diastolic blood pressures (SBP and DBP) were also significantly reduced (P<0.001) after 12 weeks in the cinnamon group (SBP: 132.6 to 129.2 mmHg and DBP: 85.2 to 80.2mmHg) compared with the placebo group (SBP: 134.5 to 134.9mmHgandDBP: 86.8 to 86.1mmHg). A significant reduction in fasting plasma glucose (FPG), waist circumference and body mass index (BMI) was observed at week 12 compared to baseline in the cinnamon group, however, the changes were not significant when compared to placebo group. There were no significant differences in serum lipid profiles of total cholesterol, triglycerides, HDL and LDL cholesterols neither between nor within the groups.
Conclusions
Intake of 2g of cinnamon for 12 weeks significantly reduces the HbA1c, SBP and DBP among poorly controlled type 2 diabetes patients. Cinnamon supplementation could be considered as an additional dietary supplement option to regulate blood glucose and blood pressure levels along with conventional medications to treat type 2 diabetes mellitus. (emphasis added)

These findings have been backed up by another study from the University of Toronto that showed even short-term use of cinnamon can reduce blood pressure.

5. Antibiotic/Immune system  – Lizzie Bennett from Underground Medic has served on major catastrophe teams around the UK as an expert in trauma and emergency response; she is eminently qualified to discuss wound treatment and overall health. In her article “Research Proves That Cinnamon Is A Potent Antibiotic” she states that “cinnamon kills a wide variety of micro-organisms” and goes on to cite several studies to back up those claims. Beyond topical applications, cinnamon is consistently a go-to anti-flu, anti-cold remedy, both for prevention as an immune system booster and after onset to alleviate sore throat and congestion.
6. Weight loss – Cinnamon thins the blood, boosts metabolism, and helps to regulate blood sugar levels, all of which increase the likelihood of weight loss when combined with a sound diet and moderate exercise. This is a not a weight-loss silver bullet, but rather a way to jump start a sluggish system and create optimal conditions for extended weight management.
7. Skin care – Cinnamon’s anti-bacterial properties can help fight itch and skin rashes associated with insects, exposure to plants and allergens, as well as more complex skin disorders. It is also a drying agent, which can help with acne. As a bonus, it functions as a natural skin repellent that is far safer than over-the-counter toxic synthetic products. Cinnamon’s natural heat production also makes it ideal for massages and relief from muscle and joint pain.
8. Cholesterol reduction – In a Pakistani-American study from 2003, researchers measured the patients’ lipid levels, with the following results: total cholesterol was reduced by 12–26%; LDL-cholesterol (“bad cholesterol”) was reduced by 7–27%; HDL-cholesterol (“good cholesterol”) was unchanged; and triglycerides (fats) were reduced by 23–30%. All three doses of cinnamon were effective in reducing the levels of total cholesterol, LDL-cholesterol, and triglycerides, and all three showed remarkably sustained activity at the 60-day point (20 days after the treatment had stopped). (Source)

Another study backed up these findings in 2011.
9. Cancer – Many have suggested that sugar is one of the gateways through which cancer emerges and feeds upon. With the above-established positive effects that cinnamon has on blood sugar levels and insulin, perhaps it could aid in cancer treatment? This is exactly what was indicated by a USDA study in 2005 where cinnamon was used as a water-soluble extract from the bark.

These water-soluble compounds are called procyanidins (type A). Another water-soluble component of cinnamon, MHCP (methylhydroxychalcone polymer), was until recently thought to be primarily responsible for cinnamon’s insulin-mimetic properties.
[…]
In the cinnamon study, the USDA researchers used cancer-cell cultures that were undergoing exponential growth.
[…]
In this case, the researchers used three types of human cancer cells: two representing leukemia and one representing lymphoma. The former disease entails the malignant proliferation of leukocytes, a type of cell found mainly in the blood; the latter entails the malignant proliferation of lymphocytes, the predominant type of cell in the lymph. The idea was to see whether a cinnamon extract could inhibit the proliferation of these cancer cells, and if so, how.
Cinnamon Halted Cell Proliferation by Interrupting the Cell Cycle
The results were striking: over a 24-hour period (the time required for one doubling of the cell population), the cinnamon extract dramatically reduced the rate of proliferation in all three types of cancer cells. It did this in a dose-dependent manner, i.e., the higher the concentration of cinnamon extract, the greater the reduction in proliferation rate. At the highest cinnamon concentration used, the cell counts were reduced by about 50% compared with the untreated control cells.
The fact that cinnamon seems to be beneficial for both diabetes and cancer is one bit of evidence suggesting that there may indeed be a connection between these diseases.
Thus, although the control cells proliferated to about twice their original number during the 24-hour period, only about half as many cinnamon-treated cells as control cells were counted, meaning that their proliferation had been effectively halted—not bad for a common kitchen spice! (Source)

10. Food preservation – This one might come as a bit of a surprise, but makes sense in light of cinnamon’s anti-bacterial and anti-fungal properties. It’s clearly a great addition to your prepper and survival pantry, while providing added protection to your daily meals, or even in your travels. From Cinnamon Vogue:

Cinnamon is effective in inhibiting bacterial growth. This maybe one reason why it is widely used in food preparation in hot Asian countries. In Sri Lanka, virtually every dish has a pinch of Cinnamon in it. In addition to great flavor, Ceylon Cinnamon in combination with other spices like Turmeric and Chili may have been an indigenous solution to preserve food without a refrigerator. This study for using Cinnamon Oil coated paper as a preservative found a 6% Cinnamon Oil solution was responsible for complete inhibition of mold in sliced bread packaging. This study listed on Feb 2013 also found cinnamon oil effective in developing insect resistant food packaging film. Cinnamon also came on top in this study, even against All spice and Clove Oil as very effective for making edible food film.

Does the above list of benefits sound like a product that should be targeted for restriction? Or rather one that should be sought as a virtual holy grail of enhanced health and longevity. And, hey, even if it did nothing, it tastes and smells great!
What are your favorite uses for cinnamon? Any special recipes? Have you noticed any pronounced health benefits after upping your cinnamon consumption? Please offer your tips in the comment section below.