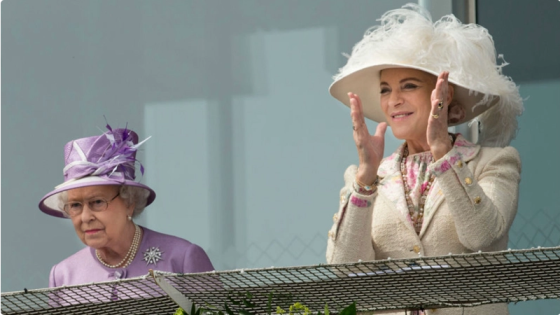 Source: Sputnik
Amid ongoing global vaccination efforts, the Oxford-AstraZeneca COVID-19 vaccine has stood out for its side effects, with health authorities around the world reporting dozens of cases of potentially lethal blood clots in the brain. Dozens of nations have temporarily restricted the jab’s use, or issued updated guidelines for the preparation’s use.
Princess Michael of Kent has been ill for a month and is suffering from blood clots after getting her two doses of the Oxford-AstraZeneca COVID-19 vaccine, The Sun reports, citing a source close to the princess.

“The princess has been unwell and has sought medical attention. It has been a worrying time for those around her. It has been difficult for those close to her to see her suffering. She’s really been through it,” the source said.

The princess, 76, is married to Prince Michael of Kent, 78, a paternal first cousin to Queen Elizabeth II.
She already battled with Covid in November, self-isolating at Kensington Palace in West London after feeling “extreme fatigue and terrible fevers”. She had apparently caught the bug from a housekeeper. Her diagnosis came after Prince Charles and Prince William also said that they had contracted Covid last year.
Earlier this month, British health authorities urged people under 40 to be provided with an alternative to the Oxford-AstraZeneca preparation as a precaution “where practically possible” due to blood clot fears.
The Oxford-AstraZeneca vaccine has received full authorisation in Australia and Brazil, and emergency authorisation in most of Europe, including Britain, much of Latin America, Africa, Iran, India and other Asian nations. The vaccine’s use was permanently suspended in Norway and Malaysia, and temporarily halted in multiple European countries in March after dozens of reports of complications involving blood clots. South Africa, Canada and Indonesia also temporarily halted use for safety reviews before giving it the all clear, citing the “rare” chance of severe complications.
Australia revised its vaccination guidelines for AstraZeneca’s Covid preparation last month, recommending that it not be used by people under the age of 50. The United States’ Food and Drug Administration (FDA) regulator has yet to approve the vaccine. Last week, US media that a US pharmaceuticals factory producing AstraZeneca jabs for export may have compromised as many as 70 million Johnson & Johnson vaccine doses, also mostly for export, after contaminating them with ingredients used in AstraZeneca’s formula.

Prince Michael of Kent was caught up in a media frenzy earlier this month after it was claimed that he used his royal status for personal profit and had a “special relationship” with Russia. The prince vehemently denied the allegations.
The scandal surrounding Prince Michael seems just the latest in a series of arguably much more serious charges against the disgraced Prince Andrew and his alleged ties to paedophile child trafficker Jeffrey Epstein, and claims of racism in the Royal Family from Prince Harry and Meghan Markle in a recent tell-all interview to Oprah Winfrey. Princess Michael has herself been subject to allegations of racism over remarks she once made at a restaurant telling black patrons to “go back to the colonies”, her suggestion that Britons should be concerned about their “bloodlines”, and allegations that she owned a pair of black sheep that she named after tennis superstars Venus and Serena Williams.