UFO ‘Paralyzes’ Weapons & Electronic Systems of Two Iranian Military Jets Who Try Shooting At It Thu May 20, 2021 9:42 am 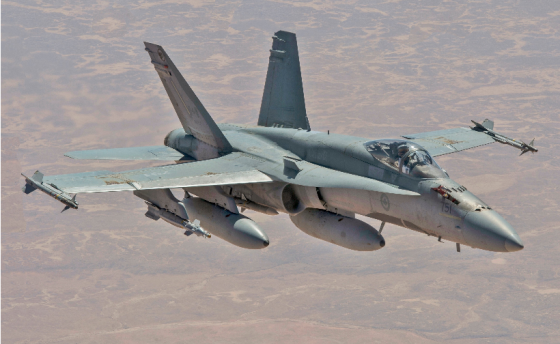 Mainstream UFO disclosure continues to accelerate at a tremendous pace. The U.S. Navy has released multiple videos and pictures of unknown objects (as well as testimony from the personnel involved) performing maneuvers and travelling at speeds that no known man made piece of machinery is capable of doing. The latest footage comes from the USS Omaha. It shows a spherical object that mysteriously disappeared into the ocean. The truth is, military encounters with these objects is nothing new, in fact it’s been happening for decades and the phenomenon has been well documented. There are thousands of encounters to choose from that provide a description of such events: the testimony of the personnel involved, radar tracking information, and in some cases, photographs and video of the object.
--> Become A CE Member: The only thing that keeps our journalism going is YOU. CE members get access to exclusive benefits and support our shared mission.. Click here to learn more!
There are many common themes and consistencies with regards to the behaviour of these objects that seems to be quite evident based on the information and the number of examples that have made their way into the public domain. One of them is the fact that these objects, most of the time, seem to perform evasive maneuvers to avoid our own aircraft. Another is the fact that critical electronic equipment in military jets seems to shut down when in close proximity to these objects. This is well documented, and it doesn’t just occur with military jets but it’s something that’s happened at nuclear missile facilities.
At Malmstrom Air Force Base in March of 1967, a base that was responsible for a large amount of nuclear weapons, multiple military witnesses here saw a red, glowing UFO hovering just outside the front gate. After that happened all of the nuclear missiles shut down and went completely dead. This is not an isolated incident and there are multiple examples.
A great example of an air encounter where this happened comes from an incident that took place in 1976. Residents of  Tehran, Iran noticed a big bright object in the sky. The airport traffic controller also noticed, “it was an intensely bright object that was not supposed to be there.” The Iranian Air Force was contacted (at the time they were a close ally of the United States, under the rule of the Shah), and they dispatched two F-4 fighter jets to check out the object. The United States took this encounter very seriously, a report of what happened was sent to multiple national security officials and U.S. President Gerald R. Ford, CIA Director George Bush, and National Security Adviser Henry Kissinger, among others.
Both of the F-4 interceptor pilots reported seeing the object visually, it was also tracked on their airborne radar. Both planes experienced critical instrumentation and electronics go offline at a distance of twenty-five miles from the object. Here is an excerpt from the report:

Iranian Air Force Jets and a UFO which played “cat and mouse” with them, appearing on radar and “paralyzing” their weapons and electronic systems when the jets attempted to open fire on it….As the F-4 approached a range of 25 nautical miles it lost all instrumentation and communications. When the F-4 turned away from the objects and apparently was no longer a threat to it, the aircraft regained all instrumentation and communications. Another brightly lighted object came out of the original object. The second object headed straight toward the F4.

The report goes on to describe how the smaller object, after detaching from the bigger object, turned inside the arc of the F-4 itself, and then regained the original object. This incident apparently lasted for several hours. This type of “splitting in two” was also observed in an incident occurring near Aguadilla, Puerto Rico airport in April 2013. The incident was filmed and team of analysts working with the SCU, the Scientific Coalition for UAP Studies, a private group of scientists, military analysts, and investigators produced a report analyzing the incident.
Objects splitting into two, travelling at speeds no man made aircraft can, performing maneuvers that no known aircraft can, and exhibiting other astonishing “behaviours” is again, nothing new.
What is most interesting about the Iran incident is that the object(s) seem to know when the jets were attempting to fire on them and were able to prevent it. This is suggestive of some type of precognition, in my opinion.
It is also concerning that we would attempt to fire upon an object that doesn’t seem to be performing maneuvers indicative of a threat. Their behaviour no doubt represents potential air safety issues. In my opinion, many of these encounters are indicative of “curious” behaviour. Meanwhile, there is evidence suggesting that governments of the world have been quite interested in capturing some of these objects and have indeed been successful.
The Takeaway: What are these objects? There are a plethora of stories out there involving beings from another world that are associated with these objects. They come from high ranking military personnel, and civilian incidents like the one that occurred at Ariel School, Zimbabwe, in 1994. Although we can’t say for sure, is it responsible to rely on government and mainstream media to give us our perception of this topic? Should we be so naive as to believe that these entities will give us an accurate depiction of what they have discovered about the phenomenon?
It’s no secret that governments and mainstream media are losing trust among a large portion of their citizenry, and this is in large part due to perceived deception with regards to so many global issues, especially geo-political issues. Will mainstream UFO disclosure be any different? I don’t know, but what needs to happen with this topic if we want to learn more about it is likely a citizen based initiative and study of the phenomenon. One that is independent of any government organizations, and this is, and has been happening around the world, for quite some time.
To access all our articles on this topic, you can click here.