Medical Freedom Advocates to Hold Rally at Rutgers, as Students Push Back Against Vaccine Mandates

Medical Freedom Advocates to Hold Rally at Rutgers, as Students Push Back Against Vaccine Mandates Fri May 21, 2021 9:09 am 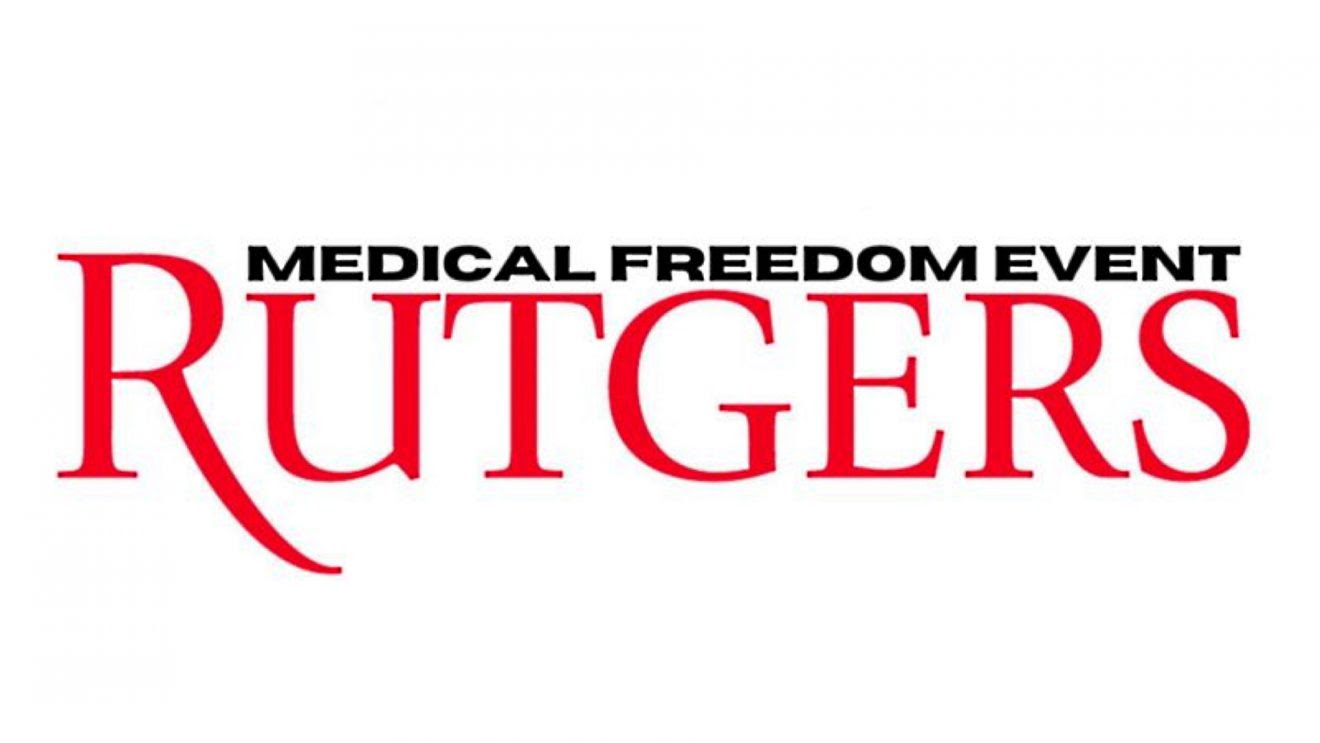 FRIDAY: Medical Freedom Advocates to Hold Rally at Rutgers, as Students Push Back Against Vaccine Mandates

Legislators, students, community representatives and others will speak on the topic of informed consent at a health freedom rally at Rutgers University this Friday, May 21 at 11 a.m. ET, in protest of the university’s COVID vaccine mandate.
by Stephanie Locricchio , The Defender
May 19, 2021

Rutgers was the first university to announce it will require the COVID vaccine for all students returning in the fall.
Since then, hundreds of universities — including the University of Notre Dame, Brown, Cornell, Northeastern University, New York’s State University (SUNY) and City University (CUNY) systems, and many other colleges and universities throughout the country — have said they will require COVID vaccines for the upcoming fall semester.
The Rutgers announcement prompted Robert F. Kennedy, Jr., Children’s Health Defense’s (CHD) chairman and chief legal counsel, to send a letter to Rutgers President Jonathan Holloway to remind him that mandating Emergency Use Authorization (EUA) products violates federal law.
Kennedy informed Holloway that COVID vaccines, which are EUA products and therefore by definition experimental, cannot cannot be mandated. Under federal law, individuals have the right to accept or refuse EUA products. “Under the Nuremberg Code, no one may be coerced to participate in a medical experiment. Consent of the individual is absolutely essential,” Kennedy wrote
The college and university mandates have sparked a new wave of voices in the health freedom movement, as many college students are speaking out against mandating an experimental vaccine for a virus that has a 99.74% survival rate.
As reports to the Centers for Disease Control and Prevention’s (CDC) Vaccine Adverse Events Reporting System (VAERS) of injuries and deaths following COVID vaccines continue to increase, many students say they are concerned about the long-term safety and efficacy of the vaccine, and want more time to see the long-term impacts of the vaccine before rushing to get it.
The latest VAERS data show that between Dec. 14, 2020 and May 7, 2021, a total of 192,954 adverse events were reported to VAERS including 4,057 deaths and 17,190 serious injuries following vaccination with Pfizer, Moderna and Johnson & Johnson  vaccines.
Students also have questions about conflicting information on whether this vaccine even prevents transmission or infection.
Yet the social pressure to get the vaccine, and the potential consequences for not getting it, are creating stress for many students.
Sara Razi, Rutgers student and New Jersey chair of the Rutgers chapter of Young Americans for Liberty, told me she was “extremely disappointed that the Rutgers bureaucracy mandated this vaccine despite previously announcing that they wouldn’t.” She is still undecided about getting the COVID vaccine and feels pressured to make a decision.
Razi, who described herself as “not anti-vax but definitely anti-mandate,” said she doesn’t want to be forced to waste another year of her life doing school via a laptop.
Frustrated and uncertain how a “public university can get away with this,” Razi said, “The Rutgers bureaucracy has taken away students’ ability to make the personal decision on whether or not they want to take this vaccine.”
Brandi Clark, student at Fairleigh Dickinson University, said she was “shocked” when she received the notification that her school will require the vaccine. After extensive research, Clark decided she won’t get the vaccine, so she submitted a religious exemption which is currently under review.
Through her research, Clark discovered there are two ingredients in the vaccines that were in a medication that previously caused her to experience an allergic reaction, which she has documented in her medical file. Knowing that anaphylaxis is a side effect of the COVID vaccine, Clark shared her concerns with her physician, who refused to provide a medical exemption because Clark’s previous reaction was not considered “life threatening enough.”
Clark, who is passionate about health freedom and stood with the freedom fighters in Connecticut as the bill to remove religious exemption passed, said she knows New Jersey is battling to retain its medical and religious freedom.
Clark is waiting to see if Fairleigh Dickinson University accepts her religious exemption.
“I didn’t come this far and accrue all this debt only to be told I either can’t continue or I can continue but I have to get this experimental drug,” Clark said. She said she is willing to sacrifice her education and “find a school that doesn’t require this.”
Both Razi and Clark, who represent the next generation of the growing health freedom movement, have been actively engaged in working with local New Jersey advocacy groups to organize at Rutgers University. They co-hosted a call with First Freedoms’ Kevin Barry and me to connect parents and students who are against COVID vaccine mandates.
Mary Holland, president and general counsel of CHD, said her advice to parents and students is to “organize, organize, organize.”
Holland said:

“If the majority of students will not return with a vaccine mandate or passport in place, the school will go under. The students and the parents have the power to turn this around.”

Holland said CHD’s view is that EUA vaccine mandates are clearly unlawful. She cited the legal precedent set by the courts when the U.S. Department of Defense tried to compel soldiers to take the EUA anthrax vaccine. A federal court decided federal law did not permit EUA vaccine mandates, and said soldiers could not be used as guinea pigs.
While the vaccines are EUA there is no legal question, Holland said, but once they have been approved, licensed and recommended by the CDC, the situation could change. “But we still believe COVID vaccines will not meet the threshold under U.S. Constitutional law for a vaccine mandate,” Holland said.
If you are a parent or a student against vaccine mandates here are some action steps: