Latest topics
» What if they put covid vaccines in those chemtrails?

» The Gates of Hell Are Wide Open

» Mysterious Spirals Are Appearing in the Skies Over the Pacific

» Following the Scientists Who Were Destroying America Just to Spite Trump

» Over 45,000 People Have Signed Petitions To Keep Bezos From Returning To Earth

» All the water's bad': In McDowell County, you have to get creative to find safe drinking water

A Canadian Roswell: The 1989 UFO Crash In Ottawa, Ontario 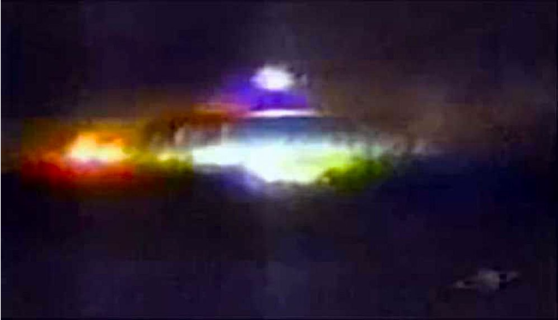 Nearly everybody has heard the lore of the famous 1947 UFO crash in Roswell, New Mexico. If you actually look into it, it’s hard not to believe something did indeed happen there, but it’s important to note that it’s not the only supposed incident. There are a plethora of stories of UFO crashes from around the world, several dozen stories of these incidents have happened in North America over the last several decades.
The idea that non-human intelligent life forms and their craft have crashed and been retrieved by military and government agencies is also something that’s crept into the mainstream as of late, and it’s been something many UFO researchers have been well aware of for a long time. Just last year renowned astrophysicist Eric W. Davis, who worked with the Pentagon UFO program, formerly known as AATIP (now known as the “Unidentified Aerial Phenomena Task Force” or UAPTF), gave a classified briefing to a Defense Department Agency about retrievals from “off-world vehicles not made on this Earth.”
--> Become A CE Member: The only thing that keeps our journalism going is YOU. CE members get access to exclusive benefits and support our shared mission.. Click here to learn more!
There is evidence showing that governments have been desperate to capture this technology for years. This inevitably means they might have been doing their best to bring these objects down at times, even if the objects don’t seem to instigate or initiate any type of aggression towards us. Based on my research, the majority of cases show that these objects perform evasive maneuvers to avoid our own aircraft. It is interesting to ponder how exactly incidents of crashed craft have occurred given the fact that the technology seems to be far more advanced than anything human beings can manufacture.
A well-known incident among UFO researchers comes from Carp, Ontario, a small community located near Ottawa. It’s an incident that cannot be verified nor be debunked. This resembles many other incidents that exist within UFO lore – we just can’t know for sure either way. Other incidents have more credibility behind them in the form of revealing declassified documents and testimony from high ranking people with verified backgrounds, like Davis mentioned above. Because of this, many researchers don’t like to explore or use this particular incident from Carp, Ontario, but I find it interesting nonetheless and  feel it’s worthy of exploration.
This particular story involves a supposed extraterrestrial craft that crash-landed in the swamps just outside Carp in 1989. A supposed declassified document from Canada’s Department of National Defence described a scene common to other supposed crashes, with military soldiers desperate to retrieve the wreckage and any other debris that may have tumbled from the spacecraft surrounding the area. The supposed bodies were taken to an underground research facility while the craft was taken to a military base which coincidentally happens to be in very close proximity to the incident.
The interesting thing about this incident is that the documents were accompanied by photos as well as a VHS tape of the supposed UFO. They were leaked and distributed by an individual self-identifying as “Guardian”. The story spread quickly at the time, newspapers picked up the story and it eventually made its way to the television screen, appearing in paranormal documentaries and shows.

According to CBC news in Canada, who recently did a deep dive into the case,

People in Carp were also reluctant to talk about Guardian – on camera, at least. A year into making this documentary, we continue to get emails from people who claim to know something about the case. They’re afraid to speak on the record, uneasy about dredging up this strange part of the part of the past in a region where so many people know one another. As is the case with many witnesses to the inexplicable, they fear the attention – and the ridicule, it might draw.

Below is the short documentary they produce about the story. What’s particularly interesting is that there are interviews with multiple people in the area, many of whom have had strange UFO experiences. In one instance a woman experienced a military helicopter land near her house after she witnessed a UFO. Soldiers got out of the helicopter and quickly ran around the property, got back into the chopper and then left. What were they looking for?
Yes there have been crashed craft, and bodies recovered – Dr. Edgar Mitchell , Apollo 14 astronaut. (source)