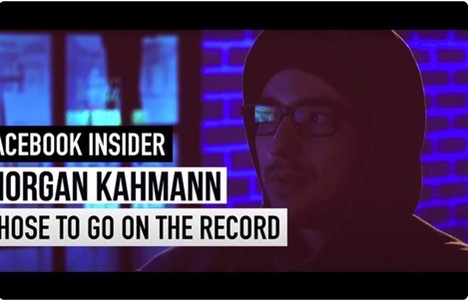 Project Veritas released a new video today featuring Morgan Kahmann, a Facebook whistleblower who decided to reveal his identity and go on the record after being targeted by Facebook for exposing their efforts to censor vaccine concerns on a global scale.

Kahmann is one of two Facebook insiders that came to Project Veritas with this information, and he explained in an interview how he found out about his suspension.
“What happened was I was at work, and I got a message from my supervisor, out of the blue, basically saying ‘go ahead and wrap up your area and clean up your stuff, gather your personal belongings and meet me in a meeting room in the lobby of the building,’” Kahmann said. “They’re basically going to have me meet with the investigative team and grill me on this whole situation.”
Kahmann also explained to Project Veritas what motivated him to blow the whistle on Facebook’s wrongdoing in the first place.
“What would happen if this [Facebook Vaccine Hesitancy Comment Demotion policy] was scaled larger and scaled to Twitter and the internet as a whole is way worse than anything that could happen from me getting fired from my job,” he said. “To me, that, it far outweighs that. Because it’s about more than me. It’s about really everyone in the world.”
Before being suspended, Kahmann secured additional internal Facebook documents showing that the Big Tech giant’s “vaccine hesitancy” policy has now been fully implemented.
He says that by doing what he did, more brave patriots working inside powerful institutions will come forward when they witness corruption.
Kahmann has officially launched a fundraising campaign on the Christian website, GiveSendGo, to support his family in these difficult times. He says it is the best form to support him now.
“I think that the main reason why people don’t want to come out [as whistleblowers] — because what if I, you know, I have two kids, I have my wife, and if I lose my job, it’s like ‘what do I do?’ But that’s less of a concern to me.”