‘Project Blue Beam’, The Pentagon Is Behind The Fake Alien Agenda

CONSPIRACY OF SILENCE: ‘Project Blue Beam’, The Pentagon Is Behind The Fake Alien Agenda – By Andrew Anglin

The Pentagon Is Behind the Fake Alien Agenda – By Andrew Anglin 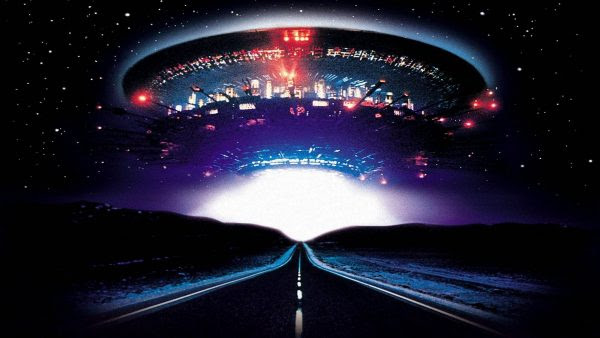 On Sunday, 60 Minutes aired a report about UFOs. Journalist Bill Whitaker interviewed several people from the military to discuss the allegation put forward by the Pentagon that there are ultra-advanced aircraft flying around the earth for unknown reasons.

You should of course watch it and draw your own conclusions about what is going on there, but there’s something about this that immediately pops out at me: all the footage is from the government and all of the people claiming to have seen the crafts are from the government.
I think it is now beyond any doubt that the government is pushing a fake alien agenda which is likely to start heating up quickly.
Fake Aliens are Not a New Idea
After 60 Minutes aired this program, the entire media began talking about the topic of UFOs. Someone yesterday told me: “Project Blue Beam is real.” I don’t think it is real, but it is certainly relevant to this discussion.
Project Blue Beam is a conspiracy theory from the 1990s that the US government would use holograms to project flying saucers into the air and then fake an alien contact event and the return of Jesus Christ.
I heard this and many other conspiracy theories as a kid listening to Coast to Coast AM with Art Bell. After the dawn of the internet, when I began investigating a lot of things, I investigated the “Blue Beam” story. The whole thing is just from one guy, a French Canadian named Serge Monast, who claimed to have seen secret government documents he couldn’t ever produce. (Note that Project Blue Beam is different from Project Blue Book; the latter is the Pentagon’s real life supposed “investigation” of UFOs, and is mentioned briefly in the 60 Minutes segment.)
The most compelling aspect of the theory is that Monast died of a surprise heart attack in 1996 at the age of 41, not long after he’d written a book about the alleged project. But a surprise heart attack is not evidence of a murder and he certainly did not look very healthy in any of the images I’ve seen of him.

Unfortunately, in this case, I have to say that the RationalWiki entry on Project Blue Beam is pretty spot-on. I dislike that site for the same reasons everyone dislikes smug fedora-reddit atheists, but you know the thing about broken clocks.
The conclusion I have come to is this: Monast put together a story that seems plausible (which he maybe even genuinely thought was going to happen), then falsely claimed to have documents showing that the government was planning it.
This happens probably more than you would guess: journalists and people who claim to be journalists regularly come up with things that seem plausible or likely, then claim that they have an “insider source.” It is not at all limited to the conspiracy community. There are several prominent right-wing Twitter accounts that use the “sources say” bit, and x% of the “leaks” and “anonymous officials” in the New York Times are just things the Times made up outright.
Though I never would have actually done it, I often regret that when I was trying to explain the virus hoax I didn’t claim to have an “insider source” at the World Economic Forum or the Bill and Melinda Gates Foundation. I think more people would have taken my warnings more seriously, and I don’t think anyone who was already taking it seriously would have taken it less seriously. But I’m a slave to journalistic ethics.
The bottom line is: whenever you start talking about a fake alien agenda, a lot of people on either side will revert to Project Blue Beam. Rightists will say “Project Blue Beam is real” while leftists will say “Project Blue Beam is fake and therefore there are no fake aliens.” Fake conspiracy theories muddy the waters on many issues. It would be better if rightists didn’t associate fake aliens with Project Blue Beam, then leftists wouldn’t have a way to point to an easy out.
But it is what it is: there is zero documentation for Project Blue Beam, and yet we are clearly facing some kind of fake alien agenda.
However, it does make sense, which is why so many people believed it without evidence. It would indeed be very beneficial to the people in power to come out and say, “aliens have come to earth and they’ve told us to create a world government. The aliens are also Jesus.”
This is so obviously desirable to the elite that Ronald Reagan actually said it in a speech to the United Nations on September 21, 1987.
On uniting the world under a single world order, Reagan said: “Perhaps we need some outside universal threat to make us recognize this common bond. I occasionally think how quickly our differences worldwide would vanish if we were facing an alien threat from outside this world.”

This is something that they were thinking about back then. They were making all kinds of films about it for decades. The concept of an alien threat uniting the world was featured in the film Independence Day – they fight back against the aliens on July 4th, so that becomes the Independence Day of the whole world (independence from alien invasion).
In October of 1987, the final issue of Alan Moore’s Watchmen was released, and featured a fake alien invasion being used by cynical control freaks as a justification for a global government. A gigantic fake squid alien is dumped on New York City, killing a bunch of people.

The way comics are made, there is no way he could have changed the story to fit in with what Reagan said (it is also clear just looking at the structure of the story that he wouldn’t change the ending like that). Stranger still, when this comic was made into a film in 2009, they changed the ending to remove the alien.
The first example of a fake alien contact event being used to form a global government that I’m aware of, and something which probably influenced Monast when he was putting together his theory, was “Invasion From Outer Space,” the lead story in Tales Of Suspense #2, published in 1959. This actually featured holograms.

The story was uncredited, but is assumed to have been both written and drawn by Jacob Kurtzberg AKA Jack Kirby (I will always defend Kirby as an artist, but he was definitely Jewish).
A “fake aliens to create a world government” plot appeared in the 1963 Outer Limits episode The Architects of Fear, written by the Jew Meyer Dolinsky.

imagine that if there is an event, it will be a peaceful contact, rather than a violent invasion. I would picture fake aliens who are identical to humans coming to warn us about racism and global warming. But they could also have the aliens start issuing threats of some kind.
Even if they do not go all the way to a fake contact event, they are going to begin flooding the media with Alien Agenda gobbledygook in order to intensify the confusion already running rampant through our society.
There is really no other explanation for what we saw on 60 Minutes on Sunday.
The biggest difference between what Monast wrote about and what is happening is that there are no holograms projected into the sky. Instead, the Pentagon is disseminating digitally manipulated video footage of UFOs. If there ever is a “contact” event, they will figure out a way to stage it with CGI and some props. They will do the same thing they do with Hollywood movies. Monast’s insistence on Holograms made the whole thing sound ridiculous.
Meanwhile, French computer scientist Jacques Vallée has put forward a much clearer concept about the government faking aliens that few people even know about.