Autistic, Alzheimer’s & Multiple Sclerosis Brain Tissues Have Significant Amounts of Aluminum In Them

Autistic, Alzheimer’s & Multiple Sclerosis Brain Tissues Have Significant Amounts of Aluminum In Them Sun Jun 13, 2021 11:50 am 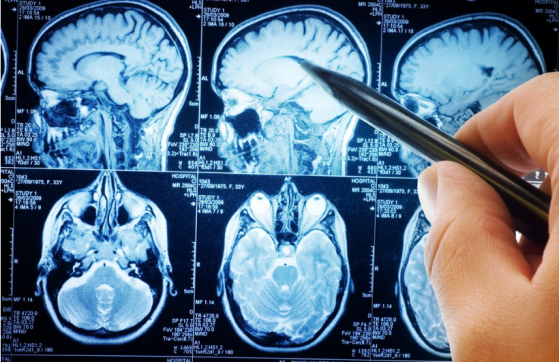 There is no shortage of studies demonstrating that aluminum is present in human brain tissue. This is a problem given the fact that aluminum is neurotoxic and wreaks nothing but havoc on biology. This is firmly established in scientific literature. There is no debate on whether or not aluminum exists within human brain tissue, the science is settled. The debate is now focused on how much aluminum is too much. How much aluminum does it take to impact the health of a human being in a negative way?
A study published in the journal Nature compared the aluminum content in human brain tissue of people with Alzheimer’s disease, familial Alzheimer’s disease, autism spectrum disorder and multiple sclerosis with healthy controls. According to the authors, “detailed statistical analyses showed that aluminum was significantly increased in each of these disease groups compared to control tissues.” They go on to mention that,
--> Become A CE Member: The only thing that keeps our journalism going is YOU. CE members get access to exclusive benefits and support our shared mission.. Click here to learn more!

We have confirmed previous conclusions that the aluminum content of brain tissue in Alzheimer’s disease, autism spectrum disorder and multiple sclerosis is significantly elevated. Further research is required to understand the role played by high levels of aluminum in the aetiology of human neurodegenerative and neurodevelopmental disease.

The researchers used tissue from twenty control brains of healthy individuals to compare against the brain tissue of people who have had a diagnosis of the neurodegenerative conditions mentioned. The fact that all disease groups had significantly higher brain aluminum content than the control group is quite concerning. That being said, it’s not proof that aluminum actually plays a direct role in each of these diseases. The important takeaway from the study and what we know about aluminum toxicology is that there is absolutely no debate, at all, as to the neurotoxicity of aluminum in humans. It’s just not a good thing to have in your body.
The study emphasizes,

The authors make it clear that aluminum and its presence in human brain tissue “cannot be without consequence” given everything that’s been discovered about aluminum toxicity. There is a great need for further study here and to determine how much aluminum the brain, and other organs for that matter, can tolerate before there are detrimental effects. These effects may be short term as well as long term, and they may play a role in neurodegenerative disease like the ones the study examine. It’s hard to think that the high aluminum content in the brain tissue of people with these diseases  is simply a coincidence, especially given the fact that the aluminum content in “normal” brains is significantly less.

Exley is a Professor at Keele University, and arguably the world’s leading expert in aluminum toxicology. Exley and his work is supported by many scientists from around the world, yet he is facing a potential set back with regards to continuing his research on aluminum and disease. One hundred scientists came together and recently wrote a letter of support, stating,

We are writing to express our concern over the possible interruption of research on aluminum and disease conducted by Christopher Exley and his group in your (Keele) University. We feel that Christopher Exley’s work conducted for so many years in line with the previous research of late Pr Birchall at Keele University has been an important service to the scientific community, patients and society in Europe and globally. We firmly declare that Pr Exley has always defended rigorous research independent of commercial conflicts of interest, and has freely carried out his research without any control by any of his sponsors.

You can read more about what’s going on with regards to this situation, and access the correspondence that’s happened between Keele University (Exley’s employer), Exley, and the academics who support his work, here.
Below is a very informative interview with Exley if you’d like to learn more about aluminum and its accumulation within humans. On a side note, ask yourself, what products and substances may contain aluminum that could be contributing its accumulation in various human organs like the brain?