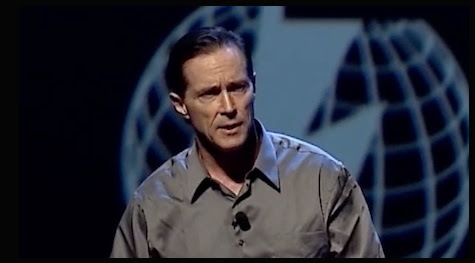 Dane Wigington joins Greg Hunter at USAWatchdog.com to say that the Western US is under siege by covert weather warfare that is causing crop failures, food shortages, farmer bankruptcies and that Bill Gates is ready and waiting to buy their land for pennies on the dollar, as the largest buyer and owner of farmland in the US.

Many of us already know the story told by former NATO Supreme Commander Wesley Clark to Amy Goodman at Democracy Now!, about how he was shown a list of target countries in the Middle East; countries that had been marked for invasion by the US military-industrial complex, long before 9/11 had occurred. This, by itself gave us pause. What if it were just as widely known that every one of these Middle Eastern target countries subsequently underwent a once-in-one-thousand-year drought?
“That’s not nature, that’s climate engineering,” Wigington says. “In fact, the leaders of some of these countries stated so on the floor of the UN, like the leader of Iran. They have sophisticated atmospheric monitoring equipment and they stated, with no ambiguous terms that NATO was cutting off their precipitation, which destabilizes food productions and thus populations.”
The obvious next question is, “How many other global populations are being covertly targeted by the climate engineering operations? Let’s start here: ‘Engineered Drought Catastrophe: Target California’. That’s the title of a presentation given by myself on behalf of geoengineeringwatch.org many years ago. The data presented in that presentation is more relevant now than ever before.
“Climate engineering operations are the crown jewel of the military-industrial complex. Remember that it’s a weapon by which they can bring populations to their knees without those populations ever even knowing or understanding that they are under assault. Crush crop production and blame it on nature. That is the MO…
“The global science community is telling us that ‘we need to geoengineer immediately’, as if it hasn’t been going on for 70 years, already…They describe the need to fill the atmosphere with light-scattering particles to reflect some of the Sun’s incoming thermal radiation, i.e. thermal energy…And the elements named in climate engineering patents: aluminum, barium, strontium, polymer fibers, all of that showing up in every lab test that we take from around the globe. It’s happening and the climate science denial is beyond criminal, at this point.”
The The International Panel on Climate Change (IPCC) predicted that, based on a warming planet, the Pacific Northwest would receive a huge increase in precipitation in the Lower 48 but that’s not what’s happening. Dane Wigington explains, “That hasn’t happened because they are aerosolizing the moisture that enters from the west and they’re establishing pressure zones, like the high pressure dome [created by a HAARP-like ionospheric heating devices] that’s parked over the Northern California-Southern Oregon region, which deflects all the incoming pacific moisture, over and around us and then, down into the eastern half of the Lower 48, Greg, which is statistically, since 2012, the last 9 years, the most anomalously less-warm region in the entire world.
“This is not nature, this is climate engineering, period…We can speculate into…the agenda behind the drought-creation, we can speculate as to the motives but the fact of the case of the drought in the Western US, and what the rest of the world have gone through, like Australia, Spain, Portugal – this is a direct result of climate engineering operations, period…That they are completely derailing the hydrological cycle and drying out the US West is beyond dispute.”
And it is already leading to food shortages.
Moreover, he says, “Why wouldn’t we think this is a platform to disperse biologicals? We know, in the case of CV-19…we have a peer-reviewed study from Italy to prove CV-19 was attached to airborne particulates. How does that happen?
“We have the world’s second most-recognized geo-engineer, Ken Caldeira, now working directly for who? Bill Gates. We have Bill Gates, buying up more farmland in the US than anyone else. He’s the largest owner of farmland in the US of all and we have Gates involved with the seed bank, the doomsday seed bank in the Arctic. We have so many pieces to this puzzle that paint a very, very dark, nefarious picture, Greg…
“The cutting off of the precipitation in the US West, breaking farmers, causing, in many cases for them to have to sell their land for pennies on the dollar – and who’s there to buy it up? It appears Bill Gates! The fox is running the henhouse and if we don’t deal with this soon, we won’t have much to care about.”

» Images from space show California’s forests and lakes drying out in a record mega-drought
» INTERVIEW WITH DANE WIGINGTON 7PM PT
» As You Wish Talk Radio with Dane Wigington 01 13 18
» Global Food Crisis: IMF Warns of Unrest Amid Food Supply Shortages
» Dane Wigington – Geoengineering is an Assault Against Life Itself