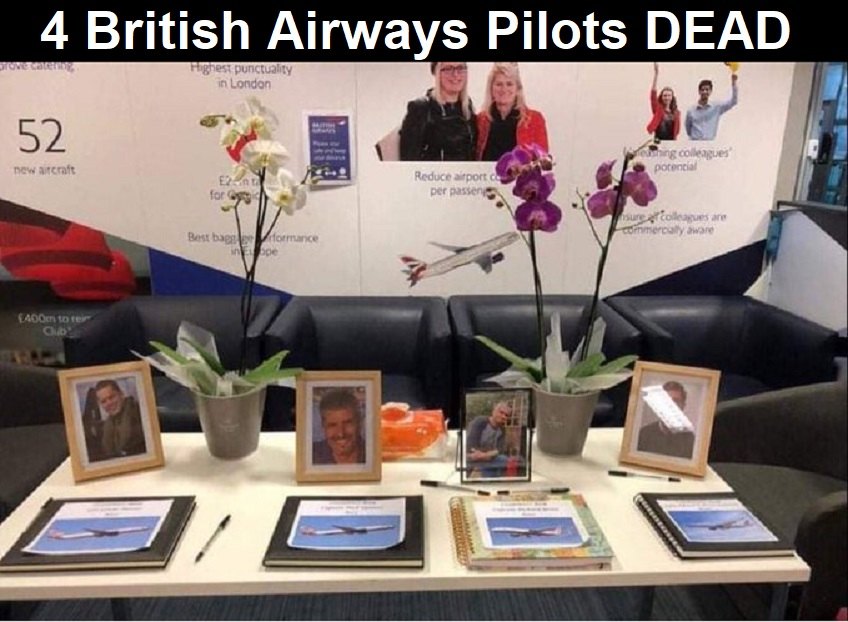 Image source from social media and on Rueters.com.
by Brian Shilhavy
Editor, Health Impact News
A man claiming to be a friend with a British Airways pilot has stated that 3 pilots have just died within the past week shortly after receiving COVID-19 injections, and his recording has gone viral on social media. Here is the recording (let us know if Twitter takes it down as we have a copy).

This brought out the usual corporate media “fact-checkers” to try and debunk the man’s claims.
Reuters responded with a “fact-check,” but in their own investigation and report they confirmed that not only did these three die, but a fourth one as well.
They gave the usual corporate media response by quoting some health “authorities” who categorically stated that their deaths had “nothing to do” with the shots, while not denying that they died, nor giving any other explanation for their deaths.

Shared in the form of a voice recording on Facebook, Instagram and Twitter, an unidentified male says he has spoken to a “friend who’s a BA pilot” and explains “things are getting crazy” after three fellow pilots passed away (here , here and here).
“They’ve had the third BA pilot die in the last seven days, yeah? Third pilot dead in the last week,” says the man heard in the recording. “The first two guys were in their forties and fifties; this guy, mid-thirties, perfectly fit, no underlying conditions. He gets his second jab and he’s dead within days, exactly the same with the first two.
“Because of this, BA are now in crisis talks with the government about whether to allow vaccinated pilots to fly. The issue with that of course is that about 80%, according to my friend in BA, 80-85% have been injected.”
The man then goes on to say only “10% of pilots will be able to fly,” branding it a “serious issue”.
Reuters presented the claims to British Airways, which said they were unfounded and that no such talks were underway with the government.
The spokesperson, however, confirmed the authenticity of the four condolence books, as four company pilots had recently passed away.
“Our thoughts are with their family and friends,” they said, adding that none of the deaths was linked to vaccines.
In a statement to Reuters, the UK’s Medicines & Healthcare products Regulatory Agency (MHRA) also denied any such crisis talks with Britain’s flagship air carrier.
“We have not been made aware of deaths of BA pilots after receiving the Covid-19 vaccine and have not had discussions with BA or other airlines, about preventing pilots from flying after receiving the COVID-19 vaccine,” said Dr. Sarah Branch, the director of vigilance and risk management of medicines for the MHRA. “There are currently no restrictions on aviation or other industries and activities post vaccination.” (Source -Emphasis added.)

Meanwhile, Sky News out of Australia is reporting that airline companies in Spain and Russia are warning COVID-19 “vaccinated” people not to travel because of the risk of blood clots.