OUT OF MIND » BREAKING NEWS & HOT TOPICS » THE GREAT DIE OFF » Bombshell: Google Funded Wuhan Lab Collaborator’s Research For Over A Decade 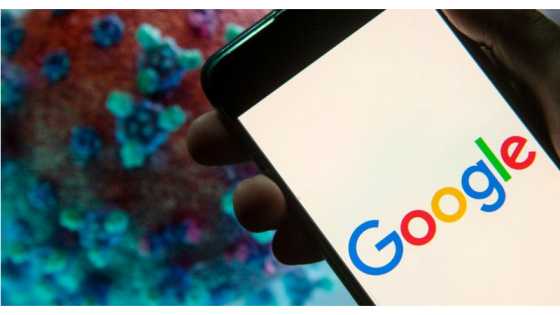 Source: Jamie White
Tech titan Google has reportedly funded EcoHealth Alliance founder and Wuhan lab collaborator Peter Daszak’s research for over a decade.
The National Pulse reported Friday that Google funded numerous scientific studies on a variety of viruses conducted by Daszak spanning 2010-2018.
“The decade-plus relationship is evident in a 2010 study on bat flaviviruses, which lists Daszak and EcoHealth Alliance Vice President Jonathan Epstein as authors, that thanks Google.org for funding,” Natalie Winters wrote.
“A 2014 study on henipavirus spillover, which was authored by Daszak, similarly declares it was partly ‘supported by Google.org.’”

Notably, one Google-backed study Daszak conducted in 2018 called “Serologic and Behavioral Risk Survey of Workers with Wildlife Contact in China”, puts forward the theory that SARS-like coronaviruses could originate in a wet market near the city of Wuhan.
From the introduction:

Handling, transporting, and butchering of hunted or farmed wildlife poses a risk of pathogen spillover into humans. In southern China provinces, including Guangdong, a significant percentage of the population obtains fresh meat for consumption from wet markets, community markets that specialize in selling and butchering live animals, including animals that are rare and endangered. Research has demonstrated that human-animal interfaces, such as within these wet markets, provide an ideal environment for infectious disease emergence, transmission, and amplification.

OUT OF MIND » BREAKING NEWS & HOT TOPICS » THE GREAT DIE OFF » Bombshell: Google Funded Wuhan Lab Collaborator’s Research For Over A Decade