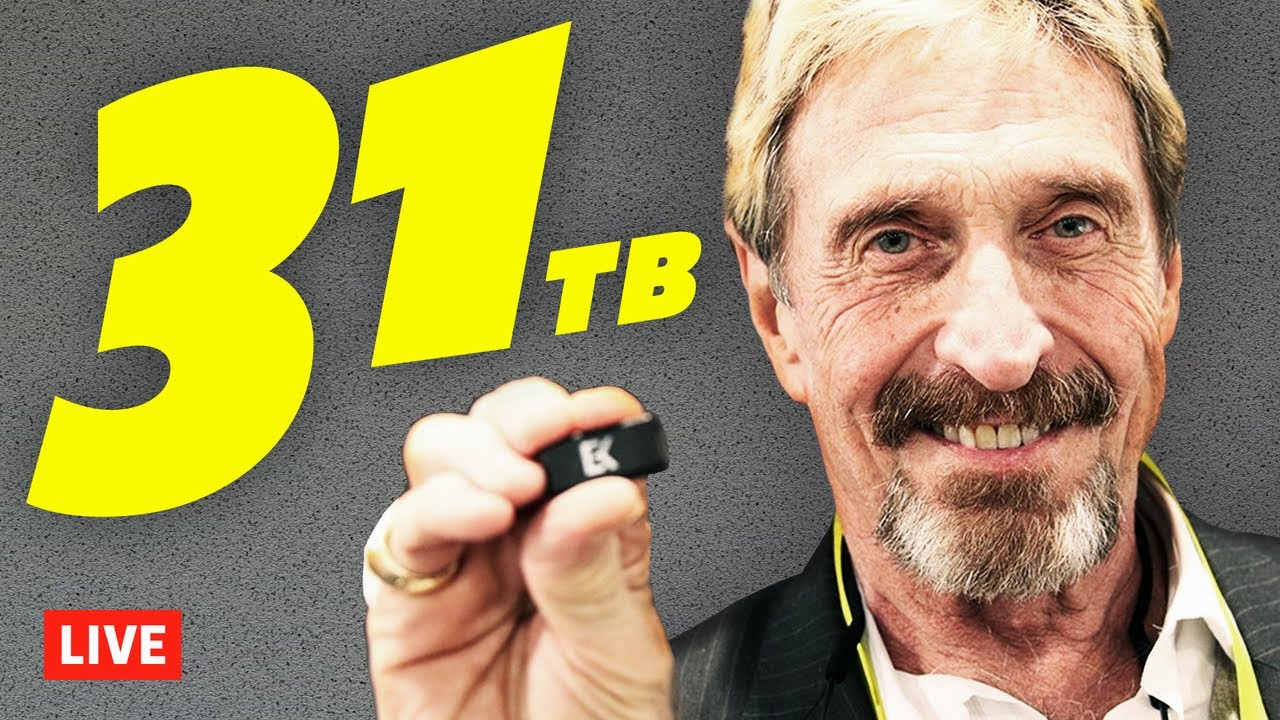 
• In November of 2019, John McAfee launched WHACKD, an “Epstein Didn’t Kill Himself” crypto.

• In October of 2020, McAfee was arrested in Barcelona, Spain.
• On June 23rd, 2021, a Spanish court agreed to extradite McAfee to the US, where he faced criminal charges of Tax Evasion.
• That same day, he was reported hanged in an apparent suicide in his jail cell.
• Moments later, the letter ‘Q’ was posted to McAfee’s Instagram account, sending internet Q sleuths into a frenzy, with their decodes leading to Q post 854: ‘Stage is set for a drop of HRC ********.’
• Some claim that Hillary Clinton’s private server used the McAfee-owned MX/Logic spam-filtering software, which is eminently hackable, making the information on her server accessible to McAfee employees over an extended period of time.

• Others claim that the Q picture on McAfee’s Instagram is a hexadecimal representation of a private key for an Etherium wallet, which they claim is automatically sending out data to “friends of McAfee”.
• On June 28th, 2021, Clif High Tweeted: “I am told that some OP_CODE Return values have initiated the Dead Man Switch via smart contracts. Drops apparently 2b coming over next few weeks. Yep, that pretty much fits in with “PANIC” in the [DS] as forecast. In case it had not occurred: McAfee’s DMS activating over these next weeks will be the first ever, self executing Will & Last FU involving cryptos. After the fact, i hope we learn the details of the mechanism employed.”
In other words, the 31 terabytes of data about government corruption McAfee claimed to possess are about to be released on the blockchain of a cryptocurrency, perhaps even on his own WHACKD coin.
That might be an altcoin worth owning!
YouTuber, Man In America has this very level-headed report about it all, showable to all the Normies in your world.

» John McAfee's Alleged Suicide Note plus Podcast Link to: The Real Question We Should Be Asking About John McAfee
» Isaac Kappy's Dead Man's Switch!!! Why is this being COVERED UP!?!?
» BREAKING!!! JULIAN ASSANGE "DEAD MAN SWITCH" Goes Off after EXPOSING Hillary Clinton?
» Dead On: John McAfee`s speech about government, taxes, banks, corruption, and cryptocurrency
» Janice McAfee Claims “Cover Up” as Judge Rules John McAfee Died By Suicide and Still Holds Body — After 8 Months