The Great Reset of Food 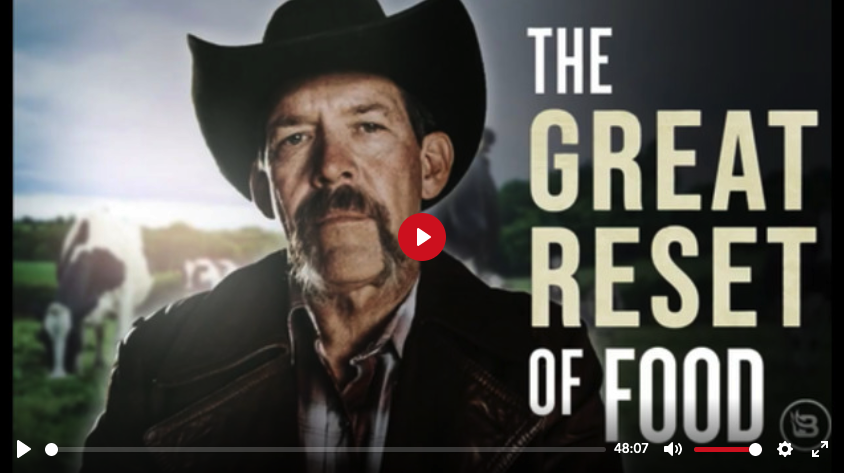 The Great Reset of Food


The Biden regime has put sanctions on the American People, shutting down pipelines, killing millions of jobs and ending our energy independence, while opening pipelines in Russia and giving away the farm to our enemies.

“Giving away the farm” is literally correct. Bill Gates and China have been buying up millions of acres of farmland. At this rate, China will dictate what we can grow.
From this time last year, gas is up 56%, used cars are up 30%, airfares are up 24% and car rentals are up 110%. As Glenn Beck says here, “We’re being priced into submission.”
Our corrupt political class is completely compromised by the CCP. They are deliberately debasing our currency, to where the dollar doesn’t mean anything anymore.
Therefore, the banks are no longer content to own your mortgage. They want your house. They want real assets. The big pension funds are buying up entire neighborhoods and towns to rent back to you, because “You Will Own Nothing and You Will Be Happy.”
General Mark Milley publicly defends the rabid Marxist ideology that is being used to poison our military from within. The infiltration of our government and all of our institutions occurred under his watch.
Milley needs to face the full force of the Uniform Code of Military Justice and all the penalties it provides for his subversion and duplicity, as do the officers around him who are assisting in this sedition.
The Pentagon, the National Institutes of Health, Facebook and Google spent hundreds of millions of dollars weaponizing a virus to destroy your immune system and to destroy your brain with prion disease. Then, they developed a vaccine that contains the same bioweapon – only stronger – and they’ve done everything short of tying you down to force you to take it.
Then of course, the Big Tech companies de-platformed you if you raised questions about any of this.

The global COVID lockdowns have caused supply chain collapses everywhere; food was unable to be planted or harvested; food was rotting in warehouses because nobody could ship it, because everybody was locked down.
The Globalists are blaming all of this on “Climate Change” but it is a highly-engineered collapse. We are in the middle of their genocidal campaign and the Satanic elites are cynically blaming it on the victims.
Farmers, the meat industry, ranchers; they’re all being slowly and methodically run out of business…They want to destroy everything that makes America great. Why? The Great Reset…We were supposed to be in Hillary’s second term right now – and who knows, maybe we are.
Donald Trump’s presidency was a speed bump for the Great Reset but the Globalist psychopaths are bringing it in, come Hell or high water.
Glenn Beck has this report about the Great Reset of Food.