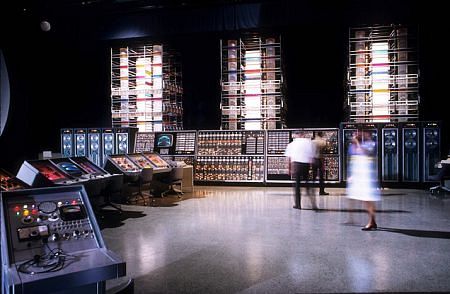 
A new experiment probed how the human brain encodes and processes the flow of time.

When we recall past events in our lives, we can often mentally replay an experience in the exact sequential order that it happened. Revisiting these episodic memories may feel like a seamless and ordinary activity, but the ability for our brains to encode events in temporal order—and then draw them up as sequential recollections later on—is an ongoing scientific mystery.

Now, a team led by Leila Reddy, a neuroscientist at the Brain and Cognition Research Center (CerCo) at the French National Centre for Scientific Research, has isolated some of the neural pathways in our brains that are responsible for recording and recalling the sequence of time.


Reddy and her colleagues carefully monitored brain activity in human patients as they completed tasks that required sequential memory. The results “suggest a robust representation of time in the human hippocampus,” a structure embedded deep in the brain, according to a study published on Monday in the Journal of Neuroscience.

The study reveals “a representation of an internal or inherent flow of time, that was not driven by something going on in the external world,” Reddy said in an email.

In addition to shedding light on the complex process of temporal organization within the brain, the new research could help patients with conditions that affect memory and the ability to process time.

“The hippocampus is important for judging the temporal order of events (among other things), and damage to the hippocampus can result in an impairment of memory for temporal order (for example remembering the order of a list of items),” Reddy said. “It's therefore important to understand how temporal information is represented in the brain, so as to be able to design interventions or treatments to reduce these deficits in memory.”

Previous studies conducted on rats and mice have hinted that hippocampal neurons, or “time cells,” are central to the experience and recollection of time. However, the extent to which rodent time cells are similar to analogous neurons in human brains has remained unclear.


To help bridge this gap, Reddy and her colleagues designed two task-based experiments that aimed to record single neurons in the human brain. Achieving this level of neural resolution requires the implantation of electrodes into the brain, which is an invasive procedure that cannot be performed on people under normal circumstances. For this reason, Reddy’s team invited human patients with epilepsy, who received these implants for clinical reasons unrelated to the study, to volunteer for the project.

“These patients have severe, drug-resistant epilepsy and are awaiting surgery,” Reddy said. “Part of the pre-surgical procedure involves implanting electrodes in the brain to monitor seizure activity. Once the electrodes are inserted in the brain, we ask the patients if they are willing to participate in short experiments for us, and we can record from single neurons to test different hypotheses.”

In the first experiment, Reddy and her colleagues asked nine of these participating patients to memorize a short visual sequence that included images such as a flower, a bird, and Barack Obama. The participants repeatedly watched the sequence in order; then, at random times, the experiment was paused and the patients were quizzed about the next image in the sequence. Their neural responses were monitored, revealing that time cells in their brains were firing at specific moments throughout the experiment.


In the second experiment, a group of six patients viewed and memorized the same sequence and also learned to anticipate the next image in the pattern. This time, Reddy and her colleagues occasionally paused the sequence for 10 seconds and provided no other feedback. During the brief gaps, as the patients waited for the sequence to resume, the time cells in their brains were still actively processing their temporal experience despite the lack of external stimuli or events.

“It was already pretty cool to see evidence for temporal coding when the participants were learning the sequential order of a list of items,” as demonstrated in the first experiment, Reddy said. But the revelation that time cells still fired at particular moments during the gap periods suggests “a representation of an internal or inherent flow of time, that was not driven by something going on in the external world,” she added.

“Finally, we also found that by looking at the entire group of neurons (so not just single neurons, but the population), we could decode or read out which temporal interval the patient was currently in,” Reddy noted.

The team’s findings support compelling evidence for hippocampal time cells in rodent trails, and demonstrate that human brains also use this area of the brain to process sequential order and store episodic memories.

“While I was looking through our data and finding evidence for temporal coding in humans, I have to admit I was pretty excited!” Reddy said.


“In the near future, it will be important to understand the temporal precision at which temporal information is represented in these neurons,” she continued. For instance: do different time cells encode events with long and short durations? Can time cells adapt to different temporal scales depending on context?

Reddy and her colleagues hope to resolve some of these questions with new experiments that further narrow down the intricate processes that underpin our sense of time. Though we may take this ability of “mental time travel” for granted, our conception of the flow of time is a fundamental part of the shared human experience of reality, which is reason enough to try to unravel its secrets.

“I think a big question here is to ultimately understand how memories are encoded,” Reddy said. “Episodic memory in particular is the memory of what happened, when, and where. Time cells could provide the scaffolding for representing the ‘when.’ Emerging evidence suggests that the same hippocampal neurons might also encode the ‘where’ and the ‘what,’ providing a broader framework for encoding memories.”

“Understanding the mechanisms for encoding time and memory will be an important area of research,” she concluded.