Madness Is Infecting the World of Medicine 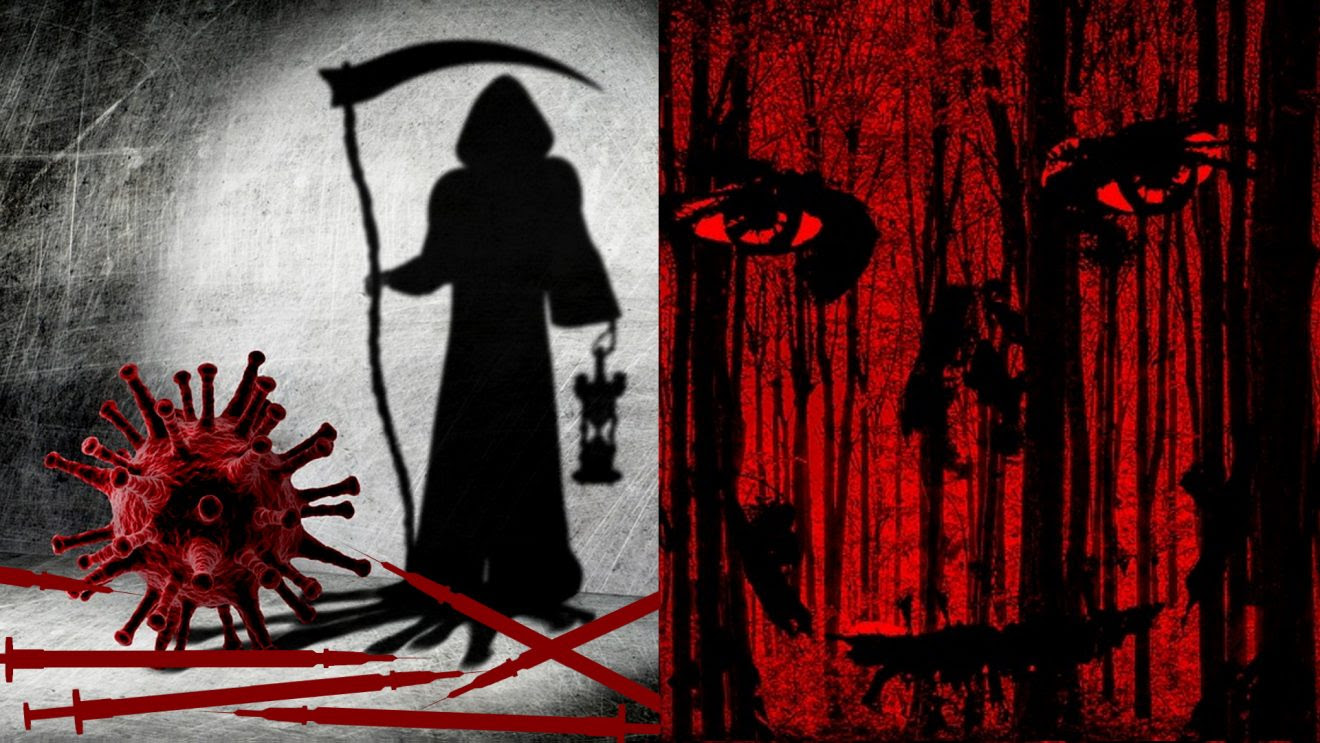 Madness Is Infecting the World of Medicine | Counting the Vaccine Dead
by Dr. Mark Sircus
June 28, 2021

The world has a front-row seat to a horror story in progress, a vaccine horror story that was a long time in coming. The CDC shows that it does not have an ounce of integrity, as they demonstrated in their recent meeting about the damage done to younger populations with the Pfizer and Moderna vaccines.
At the meeting, CDC scientists presented horrendous data. It showed that even without accounting for underreporting, the second dose of one of these vaccines could increase the risk of heart problems up to 200-fold in young men. But the scientists then went on to suggest the vaccines should still be given – even to kids already suffering from heart problems.
The CDC is now reporting that 6,113 people have died following COVID-19 injections, with their June 25 release of data in the Vaccine Adverse Event Reporting System (VAERS), a U.S. Government-funded database that tracks injuries and deaths caused by vaccines. Besides the 6,113 deaths reported, 5,172 permanent disabilities, 6,435 life-threatening events, and 51,558 emergency room visits.
Of the 6,113 deaths reported as of June 18, 23% occurred within 48 hours of vaccination, 16% occurred within 24 hours, and 38% occurred in people who became ill within 48 hours of being vaccinated.
The EudraVigilance database, which covers 27 European Union countries out of about 50 actual European countries, reports that through June 19, 2021, there are 15,472 deaths and 1,509,266 injuries from the four COVID vaccines used there. Of the total of injuries recorded, half of them (753,657) are serious injuries.
These are the official numbers, the official reports. No health official will admit that these numbers are probably ten times higher because of the historically under-reporting into ‘official’ vaccine adverse reporting systems. What every health official and governmental agency is doing is ignoring this information, these deaths. No one is dying from COVID shots. They are not lethal injections.
But we might have as many as 200,000 dead (factoring by ten because of the underreporting). If we could count the rest of the world, who do not have official vaccine reporting systems that are publically reported, we might have as many as 400,000 deaths or more. To calculate, we would need to count the vaccines administered in America and the E.U. and see how many total vaccines are given in the world.
Australia’s top medical officer urged countrymen to
“not delay” getting the second dose – even though the vaccine
has been linked to more deaths than COVID in Australia this year.
USA Today
There have been more deaths reported following COVID-19 injections, which started in December of 2020, than there have been total deaths recorded following ALL vaccinations in the previous 30 years, from January 1, 1991, through November 30, 2020, according to the CDC’s VAERS.
Covid-19 Killed 26 Indonesian Doctors in June
at Least 10 Had Taken China’s Sinovac Vaccine.
Wall Street Journal
Don’t you think this will catch up with other branches of government who will fry Fauci, the FDA, and the CEOs of Big Pharma who have foisted these vaccines on the public leading everyone to believe they are safe when they are not?
There have also now been 576 deaths of unborn children reported following COVID-19 shots, as the CDC continues to recommend that pregnant women should get injected with these shots, that many dissenting medical doctors and scientists are now describing as “bioweapon” injections. 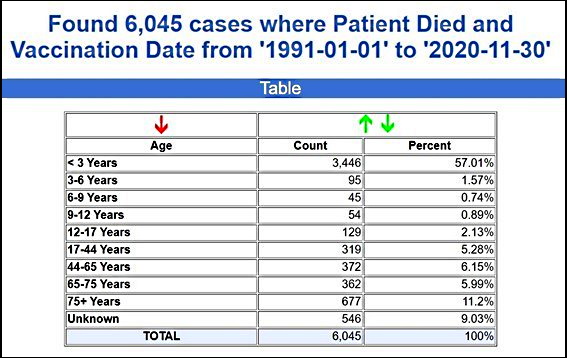 Madness is infecting the world of medicine, a form of madness never seen on this scale in history. Even Hitler and his Nazi henchmen cannot compete with what is going on and the uncountable millions being harmed, killed, maimed, and driven into despair. Evil has shown its ugly face, and unfortunately, the children are suffering the most as certain adults cheer that on.
If the FDA knows what’s good for it and the public,
they will retract their emergency authorization
of all three vaccines used against COVID-19 NOW.
What Did They Do To Our Children
This week’s data for 12- to 17-year-olds show:

The most recent reported death includes a 13-year-old boy (VAERS I.D. 1406840) who died two days after receiving a Pfizer vaccine. Other deaths include three 15-year-olds (VAERS I.D. 1187918, 1382906, and 1242573) and two 16-year-olds (VAERS I.D. 1225942 and 1386841), and one 17-year-old (VAERS I.D. 1199455)
What health care officials and cruel idiotic politicians have done to the children is enough to boil one’s blood. According to a new report, children in the U.K. as young as five are suffering panic attacks and other psychological trauma as a result of COVID lockdowns, leaving 1.5 million kids in need of mental health treatment. NHS leaders say that the impact of repeated lockdowns has left children fearful of leaving their homes or meeting their friends amid an explosion of “locked-in trauma.” But let us love Dr. Fauci and all the demented public health officials who will be remembered in history as the new kind of medical Nazi.
“Forecasts seen by this newspaper state that an extra 1.5 million children and young people will require mental health support “as a direct impact of the pandemic” during the next three to five years,” reports the Telegraph. “The calculations from the Centre for Mental Health, involving NHS economists, suggest demand will be as much as three times greater than the capacity of mental health services.”
Back To Nuremberg
In reality, it’s been years since pharmaceutical/medical terrorists have occupied planet Earth. Not happy with the level of terror and suffering they have accomplished, they got greedy for more evil, despicable ugliness. Fauci, the FDA, the CDC, the NIH, Google, Facebook, Twitter, and YouTube are all in trouble or will eventually be. 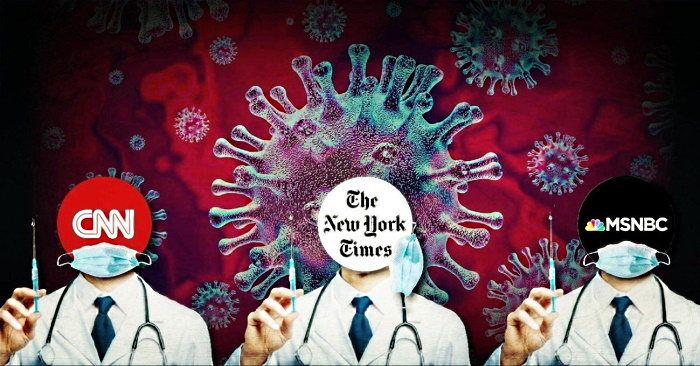 What does mainstream media say about all of this? “After hundreds of millions of vaccine doses administered around the world — and intense safety monitoring — few serious risks have been identified. A tiny percentage of people who got vaccines made by AstraZeneca and Johnson & Johnson reported an unusual type of blood clot. Some countries reserved those shots for older adults, but regulatory authorities say the benefits of offering them still outweigh the risks.”
VAERS’ Detection Rate Is Abysmal
It’s been established for over a decade that VAERS’ detection rate is abysmal. A report submitted to the Department of Health and Human Services (HHS) in 2010 concluded that quote “Fewer than one percent of vaccine adverse events are reported by the VAER System.”
The report mentioned was the product of a million-dollar grant the Department of Health and Human Services gave some Harvard Medical School researchers to develop a computerized “active” system that would perform better than VAERS and then run randomized trials evaluating both.
A 2013 study by researchers from the CDC itself found that almost 30% of health care professionals had never heard of the VAERS system. Among those who’d come across a potential vaccine side effect and had a jarring, 83% still failed to file any report.
Critical Race Theory Has It All Wrong
Critical Race Theory training, which pressures people not to say certain things, take a certain stance, or forces them into some segregated settings, may infringe on people’s constitutional rights and even violate civil rights laws, said Dr. Carol Swain, a former professor of political science and law at Princeton and Vanderbilt universities.
The main tenet of Critical Race Theory (CRT) is that the people of the world are divided into oppressors and oppressed. In the United States, “all white people are considered oppressors who benefit from undeserved advantages,” said Dr. Swain.
I’m afraid that’s not right, for, in the world of medicine, it is a tiny group against everyone else. The entire world, all the different races, are oppressed by pharmaceutical terrorism. It’s the super-rich against all of us. Big Pharma ended up hating us all in its lust for more money and power.
Conclusion
Fauci, Gates, the NIH, CDC, FDA, and other “authorities” killed millions by intentionally suppressing helpful information about treatments like ivermectin, which would have reduced the death rate to the point where there would have been no pandemic.
There never was a need for these deadly vaccines. What we have are thousands if not hundreds of thousands of intentionally killed vaccine dead and a cover-up barely hidden because of these ‘official’ vaccine reporting systems. Genocide? Crimes against humanity? Medical treason? Psychopathic insanity?
A top WHO official says that mask mandates
and social distancing should continue indefinitely
in order to protect against new variants of COVID-19.
So far, they are getting away with murder. But if planes start dropping out of the sky from vaccinated pilots getting blood clots or airlines having to cancel the majority of their flights because of vaccine damages to crew and pilots, I wonder what will happen.
Again our only hope is the vaccine news gets bad enough that they have to stop. However, the vaccine news is already bad enough, and look how the CDC weasels out of protecting the young.