“..we have learned from the incident however is that large objects from space can and do hit our planet with alarming regularity and that we should not be complacent..”

via Unexplained-Mysteries
Image Credit: PD – Leonid Kulik
Scientists are still investigating exactly what flattened part of the Siberian wilderness back in 1908.
Few natural disasters in the 20th Century have generated as much discussion and debate as the massive explosion that occurred in Tunguska, Siberia 113 years ago – an event so destructive that it managed to flatten more than 80 million trees over a 2,000-square-kilometer area.
Fortunately the disaster happened in a sparsely populated region and aside from one deer herder who was allegedly killed by the force of the blast, there were no other reported casualties.
Exactly what was responsible for the explosion however has long remained a topic of heated debate, with some shunning the conventional meteor theory in favor of other explanations such as a volcanic eruption, a comet impact or even extraterrestrial intervention.
Since 1908, there have been somewhere in the region of 1,000 papers published on the disaster, demonstrating just how much it has intrigued the scientific community over the years.
Just last year, Russian scientists started combing Siberia’s remote Lake Zapovednoye in search of ‘cosmic matter’ that could help to prove that a meteor was involved.
A similar expedition in 2013 had also reported finding fragments that could have come from space.
Perhaps the most important thing we have learned from the incident however is that large objects from space can and do hit our planet with alarming regularity and that we should not be complacent – a message that was brought in to alarming focus when a space rock exploded over the Russian city of Chelyabinsk back in 2013 with between 20-30 times the energy of an atomic bomb.
If another Tunguska event happened over a major city, it would be an unprecedented disaster.
Unexplained-Mysteries 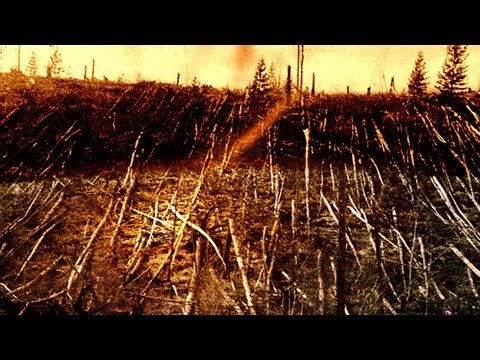