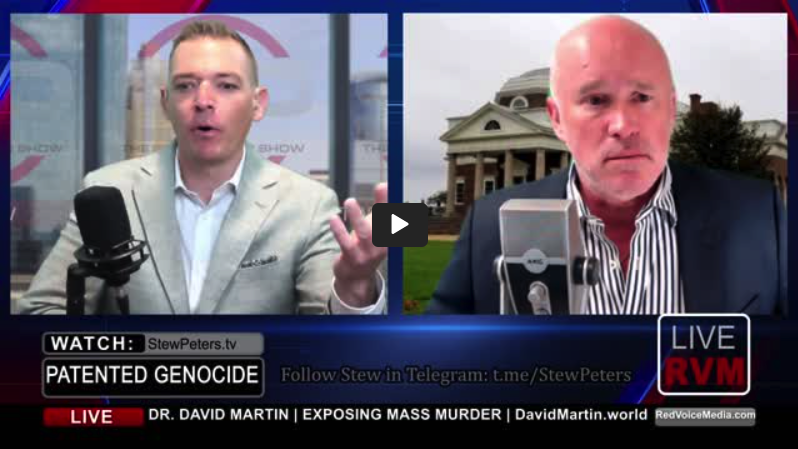 
This is Word War Three. It’s not being fought with expensive fighter jets and aircraft carriers. It’s being fought with propaganda and censorship and a slow-acting bioweapon that may kill more people than all previous wars combined.
The only way the enemy can get away with this is if they kill us all. Hence, the increased censorship and the shock troops coming to your door in the US.
In Australia, another brutal lockdown has been ordered for millions of people, with tarted-up rumors of the “Delta Variant”, after ONE octogenarian man succumbed to his COVID symptoms.
In the UK yesterday, it was Freedom Day, when all of the COVID orders had finally expired – a perfect day for Prime Minister Boris Johnson to mandate that all those over the age of 18 show proof of “double jabs” for entry into venues where large crowds gather, saying, “Proof of a negative test will not be enough.”
In the midst of similarly brutal vaxx mandates in France, Greece and elsewhere – and massive popular pushback – Dr David E Martin joins Stew Peters to talk about the only topic on the planet. Whereas, in previous videos that I’ve run on this site, the word “China” has never escaped his lips – he explicitly implicates them several times, here.
Toward the end of the interview, Stew summarizes their conversation thus far: “The crime is being committed out in the wide open. All of the law enforcement agencies that could do something about it are compromised and have been ordered not to do something about it. The Judiciary is acting with this in the same way as they did with massive, obvious election fraud in 2020: they’re just refusing to hear it, altogether.
“The elected representatives who…are supposed to be out here, acting on behalf of their constituents, are in fact out here just grifting and raising money. They know exactly what’s going on but refuse to say something. The media, we know about them; they’re compromised and owned by these Globalists, leaving only We, the People to do anything about this.”
These so-called “America First” representatives, like Ron Paul, Matt Gaetz and Marjorie Taylor Greene who are out on the road, doing rallies and raising money, they’re doing absolutely nothing about the evident collusion between NIH (Anthony Fauci), Pfizer and Moderna and the slow-kill genocide now taking place.
Stew says, “They’re actively participating in a cover-up that’s going to kill millions, hundreds of millions, potentially billions of people on this planet. They’re actively participating in a cover-up! They’re equally as complicit. If and when anyone is ever held responsible for any of this criminally, they should be included.”
David stands up for Senator Ron Johnson (WI-R), saying that Ron has at least tried to understand the issues and gone a bit further than anyone else, albeit not nearly far enough. He says our leadership is incapable of acting because they’re beholden to fundraisers, saying, “If you are sold, you cannot buy your soul back…we now have a public system that has absolutely failed the public.”
“Globally,” Stew concurs. “The world is being subjected to a bioweapon that has already killed thousands and will likely impact the morbidity of hundreds of millions. This is organized crime and here we are, debating masks.”
David says somewhat grimly, “It takes us standing together and making sure that the public record is filled with the fact that we were not silent.”