OUT OF MIND » THE INSANITY OF REALITY » GOVERNMENTS & THE NEW WORLD ORDER » South Africa Descends to Chaos, as People Try to Find Food

South Africa Descends to Chaos, as People Try to Find Food – Is This What Awaits the United States (and Rest of the World)? 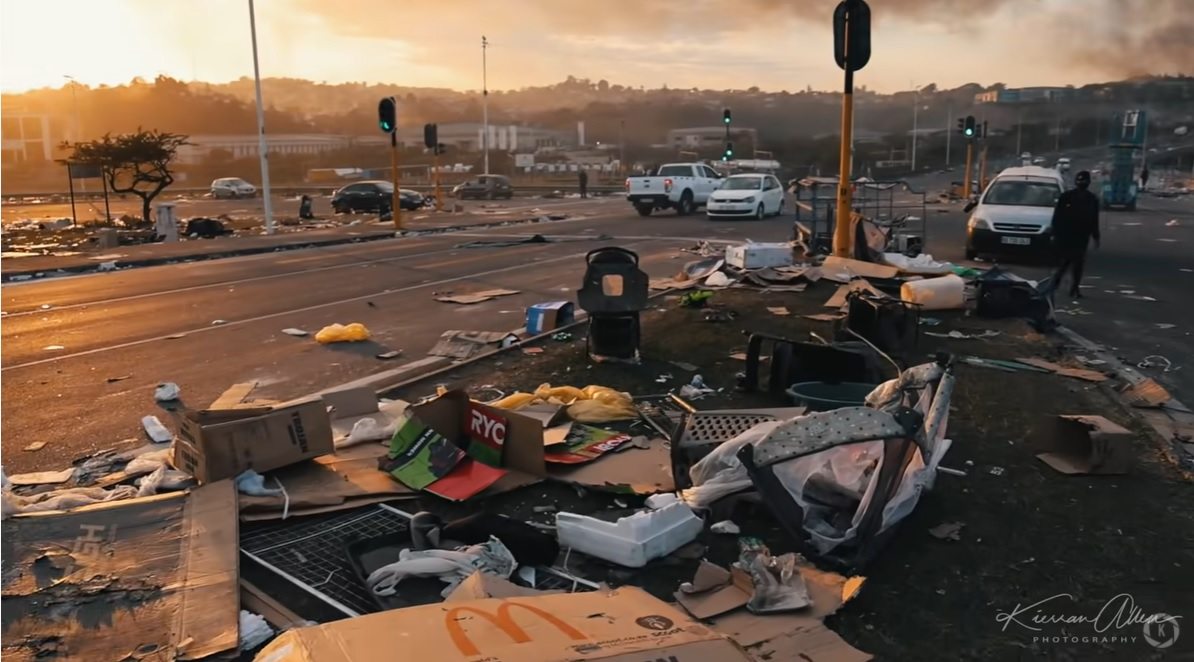 Durbin, South Africa.
by Brian Shilhavy
Editor, Health Impact News
If you have not yet seen these reports out of South Africa, the country descended into chaos last week, with massive rioting and looting all across the country.
The South African president stated that this massive social unrest was “planned,” and he deployed 25,000 troops from the military to restore order. (Source.)
Here are a couple of videos that show the devastation from the aftermath, and how many now face starvation as they try to find food.

This is not the Congo, or Sudan, but SOUTH AFRICA. They have not seen anything close to this kind of unrest in South Africa since the 1990s.
Could this happen in the U.S. and other parts of the world?
Yes, of course it can, and we already saw it last summer right here in the U.S., with rioting and destruction in urban areas that have not been seen here since the Martin Luther King Jr. assassination in the 1960s.
Those riots last summer were also organized and planned, and lasted much longer than the 1960s riots.
If you have not yet read this article I recently published on the Global Food Cartel, I highly recommend you do, so you can understand just how easy it is for these Globalists to very quickly cause chaos and massive food shortages, leading to starvation and a planned reduction of the population.


Unmasking The Global Food Cartel: Is Massive Starvation and Population Reduction Their Next Move?

This is probably a much greater threat to you and your family than someone coming to your door to try and inject you with one of their bioweapon shots.

OUT OF MIND » THE INSANITY OF REALITY » GOVERNMENTS & THE NEW WORLD ORDER » South Africa Descends to Chaos, as People Try to Find Food