The CDC revised downward its official number of deaths reported to VAERS following COVID vaccines, but an analysis of VAERS data shows the CDC arrived at the new, lower number, by excluding reports of deaths from outside the U.S.
By
Megan Redshaw 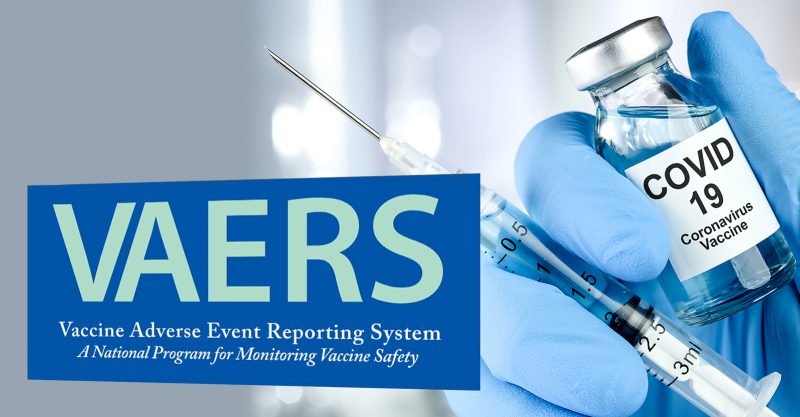 The Defender is experiencing censorship on many social channels. Be sure to stay in touch with the news that matters by subscribing to our top news of the day. It's free.
A sudden increase in the number of deaths reported to the Vaccine Adverse Event Reporting System (VAERS) following COVID vaccination is not correct and was the result of an “error,” according to the Centers for Disease Control and Prevention (CDC).
The CDC said July 16 that since the mid-December rollout of COVID vaccines in the U.S., VAERS had received 12,313 reports of death among people who received a COVID vaccine — a sharp increase from the 6,079 U.S. deaths reported by the CDC the previous week.
However, as of 3:30 p.m. ET on July 21, the CDC website had revised downward the number of U.S. VAERS reports related to COVID vaccination deaths — from 12,313 to 6,079 deaths occurring between Dec. 14, 2020 and July 19, 2021, Precision Vaccinations reported.
Later that day, as of 7:30 p.m. ET, the CDC’s website showed 6,207 U.S. reports of death occurring between Dec. 14, 2020 through July 19, 2021, among people who received a COVID vaccine.
On July 21, the CDC’s number of 6,079 coincided with what ABC News reported Wednesday as the number of U.S. deaths reported to VAERS between Dec. 14, 2020 and July 12, 2021.
Tell Schools/Universities No Vaccine Mandates for Children/Young Adults!
A CDC spokeswoman the number the agency displayed on its website July 16 — and continued to display until the afternoon of July 21 — was not correct.
The July 16 number was “double” that of the previous day, so it was “definitely”  incorrect,” the spokeswoman said. “We checked our stats internally and it’s only 6,000. So someone doing an update misrepresented that or made a mistake, in other words.”
The spokeswoman was unable to say when the error would be fixed. “It’s being worked out,” she said.
The Defender contacted the CDC for clarification, but the CDC did not respond.
VAERS, run jointly by the CDC and U.S. Food and Drug Administration (FDA), is the U.S. early warning system that monitors the safety of vaccines after they are authorized or licensed for use by the FDA.

Investigative journalist Alex Berenson first reported on the VAERS number in question July 21. Berenson attributed the increase in reported deaths to a likely “massive backlog” of reports, or the accidental addition of 6,000 foreign death reports.

OMG. The @CDCGOV really is this stupid. They just changed the vaccine death report count again - LOWERING it to 6,079 from 12,313. Looks like somebody added 6,000 foreign death reports to the US count in this week’s VAERS update, and no one noticed. Trust the science! 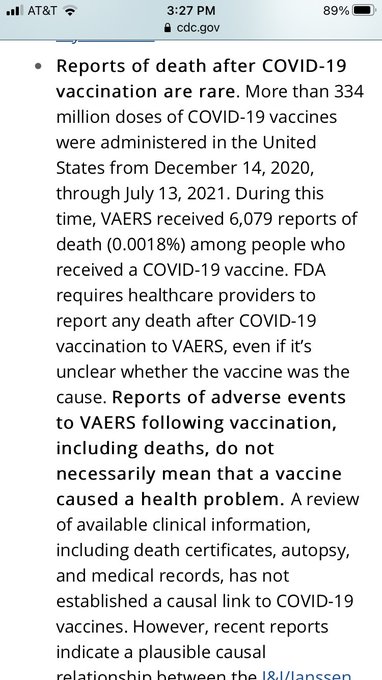 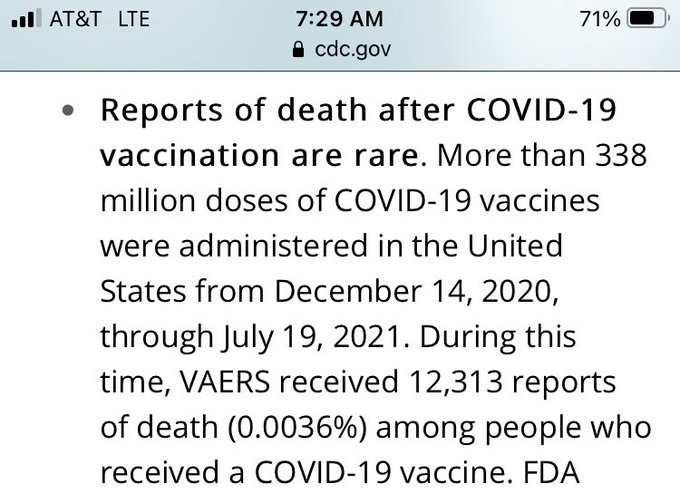 “We don’t know at this point why the number of death reports in the system doubled in a week. Probably the answer is not a new surge in deaths, but older deaths being added to the system,” Berenson said. “But given VAERS’s importance as a monitoring mechanism, CDC must explain quickly.”
According to the CDC, between Dec. 14, 2020 and July 12, 2021, VAERS received a total number of 6,079 reports of death in the U.S. On July 22, The Defender reviewed the VAERS system and found 5,378 reported U.S. deaths and 10,991 total reported deaths, including “foreign reports.”
The CDC website, last updated July 21, states that between Dec. 14, 2020, through July 19, 2021, VAERS received 6,207 U.S. reports of death among people who received a COVID vaccine in the U.S.
How The Defenders reports on VAERS data
Every Friday, VAERS makes public all vaccine injury reports received as of a specified date, usually about a week prior to the release date. Reports submitted to VAERS require further investigation before a causal relationship can be confirmed.
The Defender reports on deaths, serious injuries and adverse events reported to VAERS.
Last week, the latest available data showed that between Dec. 14, 2020 and July 9, 2021, a total of 463,457 total adverse events were reported to VAERS, including 10,991 deaths. There were 48,385 serious injuries reported during the same time period. 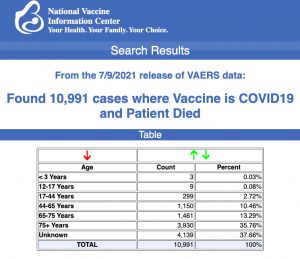 These numbers included all reports — U.S. and foreign — made to the VAERS database.
Utilizing a search excluding “foreign reports,” The Defender found 5,378 reported U.S. deaths, 419,513 U.S. adverse events and 32,815 serious injuries.
Over the past few weeks, The Defender noticed thousands of “foreign reports” entered into VAERS, mostly associated with the Pfizer/BioNTech vaccine.
According to the CDC website, when searching VAERS, the “United States, Territories and Unknown” group includes all of the location values, except for “Foreign” locations.
The “Foreign” group includes reports from any location other than U.S. states/territories included in the drop-down list. The “Unknown” group includes reports where a U.S. state is not identified.
We reached out to the CDC to ask why there were thousands of reports suddenly dumped into VAERS, why the CDC doesn’t publicize the total number of reported deaths — which includes foreign reports — and why there are foreign entities using the U.S VAERS system. We did not hear back by set deadline.
The [url=https://wonder.cdc.gov/wonder/help/vaers/VAERS Advisory Guide.htm]CDC website[/url] states:
“VAERS occasionally receives case reports from U.S. manufacturers that were reported to their foreign subsidiaries. Under FDA regulations, if a manufacturer is notified of a foreign case report that describes an event that is both serious and unexpected (in other words, it does not appear in the product labeling), they are required to submit it to VAERS.”
The Defender will continue to post the latest VAERS numbers weekly, but will differentiate between foreign reports and U.S. reports.