OUT OF MIND » BREAKING NEWS & HOT TOPICS » THE GREAT DIE OFF » Australian Police Attacking and Pepper-Spraying Children for not Wearing Masks!

Australian Police Attacking and Pepper-Spraying Children for not Wearing Masks!

Australian Police Attacking and Pepper-Spraying Children for not Wearing Masks! Wed Aug 18, 2021 9:02 am

Australia Now the Disgrace of the World: Police Attacking and Pepper-Spraying Young Children for not Wearing Masks! 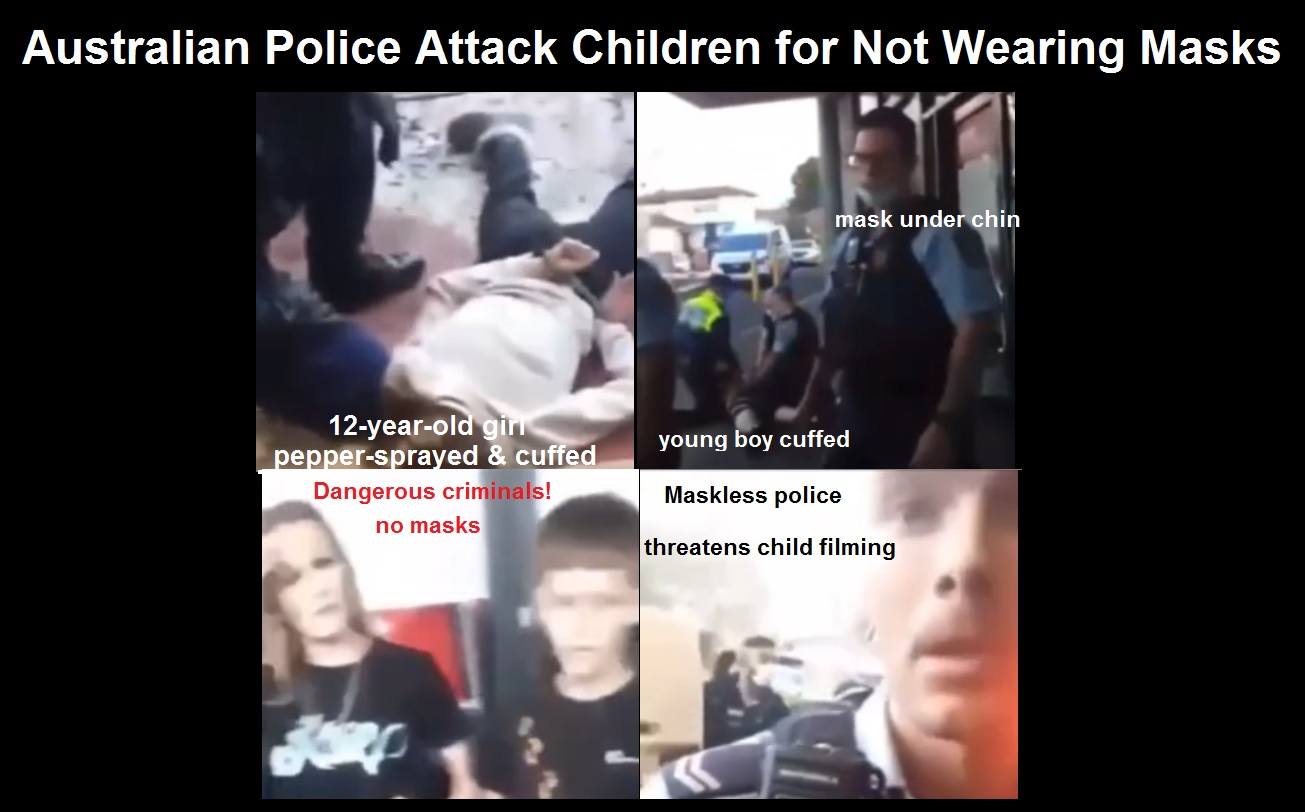 by Brian Shilhavy
Editor, Health Impact News
Earlier this month we reported how quickly Australia had descended into tyranny, basically becoming a medical police state with martial law. Even China has criticized their authoritarian measures, and we showed video footage of police arresting the elderly and seniors in parks for simply not wearing masks. See:


Australia Has Fallen – Europe and the U.S. Next?

Well it would seem that things have descended even further, going from bad to horrible, as video footage is now circulating of police actually attacking young children for simply not wearing masks, throwing them on the ground to cuff them, and even pepper-spraying a 12-year-old girl.
And amazingly, several of the police themselves are not even wearing masks! Watch the footage below in the video report I put together. It starts out fairly quietly with a young girl explaining that her sister had just been arrested for not wearing a mask, but then more police arrive and the situation quickly deteriorates into chaos – thanks to the police.
I have to admit that my blood was boiling as I watched these big brawny men fully armed throw around young harmless children.
If this is what it takes for you to feel like a man, then you’re no man at all! You’re a worm that needs to be stepped on and squashed! 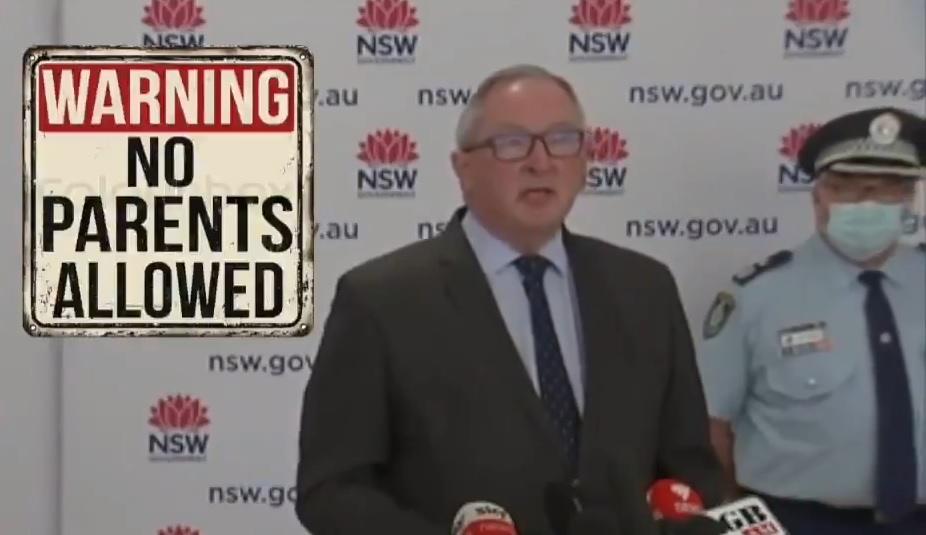 24,000 Teens Separated from Parents to be Injected with COVID-19 Shots in Auditorium

In another video clip out of Australia that has been circulating around since yesterday, New South Wales Health Minister Brad Hazzard talks about bringing in 24,000 students into an auditorium where they will be separated from their parents, and then injected with the COVID-19 shots.
He makes it very clear that “police” will be there to assist them, and parents should “not worry.”
I did some digging on this, and while some are making this to appear as a single event that perhaps hasn’t happened yet, it appears that this was actually implemented back in June, in preparation for the new school year. (Source.)
There are reports that some students were passing out just after receiving these shots, and that they tried to hide this, and I have included a clip in the video report on this as well.
I apologize that the videos that I produce and include with some of our stories are not “polished.” I have received some criticisms about the quality of these videos, but please understand that I am a writer, not a professional video or film producer.
My goal in producing these is simply to expose what is happening because most of this is being censored by the corporate media. They include a lot of clips shot by just average people with their cell phones, trying to expose the horrible things that are happening around the world right now.
One of the first ones I produced recently, the “In Memoriam” video a couple of weeks ago, highlighting the first 8 months of the experimental COVID-19 shots roll out, has now been viewed by over a half million people.
I produced that late one night because I could not sleep. Covering these stories every day does take an emotional toll, and so I put my restlessness to work that night to produce that, and it appears that people found it useful, so that is why I am continuing to produce them, even though the quality is obviously sub-par and they do require extra work each day for me to continue producing them.
If you don’t like them, just don’t watch them rather than complain to me about them. Thanks.
This is from our Bitchute channel, and it should be on our Rumble channel shortly as well.

WARNING!!! THIS VIDEO IS HORRIFIC!

OUT OF MIND » BREAKING NEWS & HOT TOPICS » THE GREAT DIE OFF » Australian Police Attacking and Pepper-Spraying Children for not Wearing Masks!