More Than 23,000 German Doctors Have Quit the Genocide Campaign 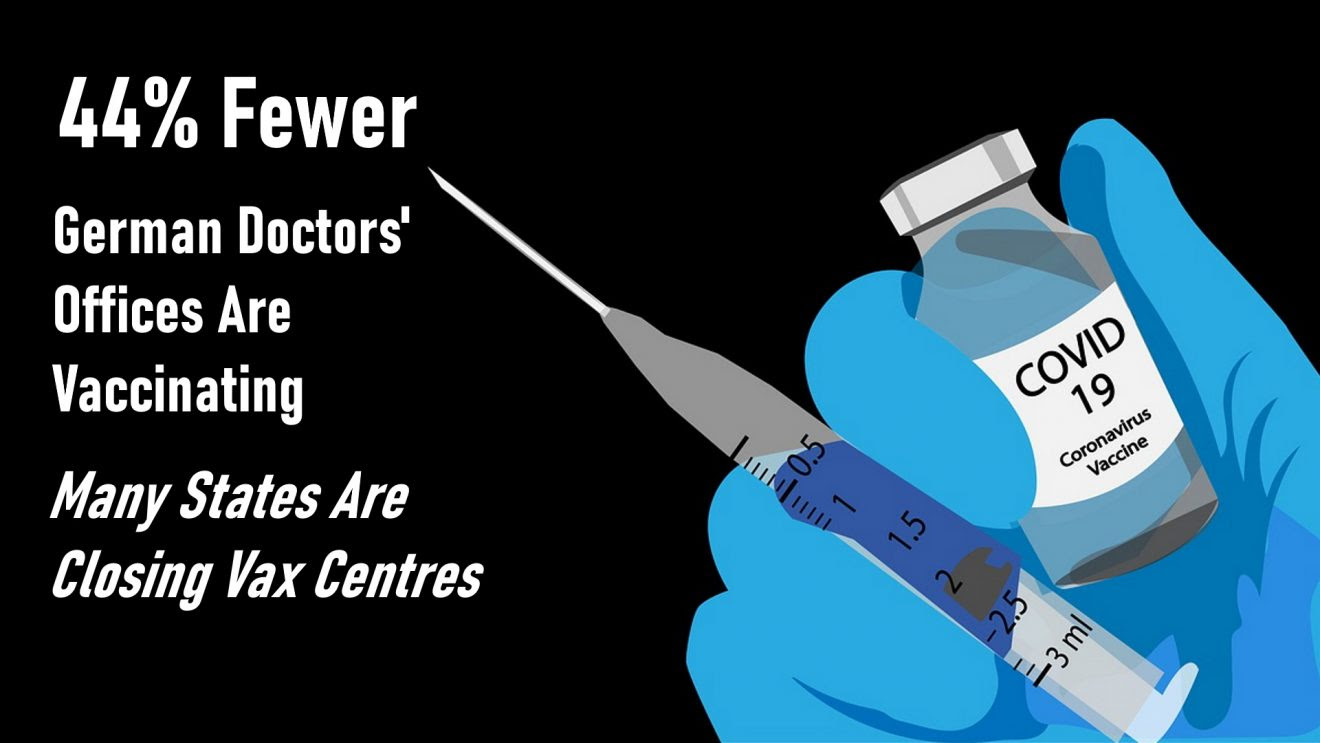 GREATREJECT
The German vaccination machine is beginning to falter. In quite a few general practitioners’ offices, vaccinations are no longer being administered.
More and more doctors are withdrawing from the corona “vaccination” campaign according to figures from the Robert Koch Institut, accessed by the newspaper Welt am Sonntag.
In the week from August 2 to 8, only 29,300 practices still “vaccinated people against the coronavirus”, meaning many dropped out. At the time the vaccines were rolled out in Germany, a total of 52,600 practices were participating in the genocide campaign. This means that 23,300 (44%) practices have stopped giving the shot.
Eleven of the 16 states are closing jab centers
The number of vaccine orders is also declining. As of July 27, a whopping 1.3 million doses had been ordered. At the beginning of the campaign, the figure was still 1.5 million doses.
In addition, many German states are preparing to close their vaccination centers. Eleven of the 16 federal states are closing most or all of their vaccination centers by September 30, Welt am Sonntag writes. Bavaria and Schleswig-Holstein are leaving their centers open. There they are running at limited capacity or are in standby mode.
Unvaccinated put under pressure
In Germany, only over half (56.82%) of the population has been fully vaccinated against corona. Less than two-thirds (62.76%) of Germans have received at least one shot.
Meanwhile, unvaccinated people in Germany are being put under further pressure. Coronatests will no longer be free as of October 11. Without a vaccine, recovery certificate or negative test, you will no longer be allowed to enter the hospitality industry or hairdressers and other contact professions. Sports or events will also become taboo. The rule will also apply to visitors to hospitals and retirement and nursing homes. (ER: This is copying the French playbook.)