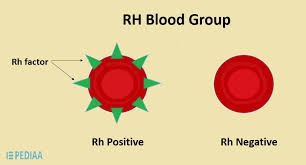 From the Spanish and French valleys of the Western Pyrenees to the Atlantic coast of the Bay of Biscay, the historically isolated Basque people have lived for millennia. In this diverse and fertile region, the Basque have retained their unique non-Indo-European language and dialects, Euskara, as well as their own cultural and regional identities. As the surrounding populations of Europe have shifted over the ages again and again, the Basque people remain. Known today by its inhabitants as Euskadi, País Vasco, or Euskal Herria, the Basque Country has become a region famous for its cuisine and wine of ancient grapes such as Tempranillo, of traditional fishing villages and picturesque cities. Tourism has replaced much of history’s strife. But defining Euskal Herria is as difficult as defining the word Herria itself. In Euskara its root herri can mean everything from village to population to nation. Euskal Herria is the collective identity of this ancient people. Basque Country has historically comprised of settlements located along the western edge of the Pyrenees, currently organized in seven provinces: Gipuzkoa; Bizkaia; Araba; and Nafarroa on the southern side of the Pyrenees and Zuberoa; Lapurdi; and Nafarroa Beherea on the northern side. Euskara has five main dialects, a non-Indo-European language isolate with no close relationship to any other extant language. Overall, Euskara is spoken by nearly thirty percent, or three-quarters of a million Basques. The vast majority are in the Spanish region. Only seven percent are in the French portion. The French dialects are Navarrese– Lapurdian and Souletin, and the Spanish dialects are Upper Navarrese, Biscayan, and Gipuzkoan. These dialects are sometimes mutually incomprehensible, especially in the case of Souletin. Studies suggest that these dialects branched from a unified Basque language sometime during the Middle Ages and developed according to geographical, cultural, political, and administrative reasons. Although structurally unlike any Indo European language, the official Euskara Batua today contains many loan words from Romance languages --up to 40% of its vocabulary, and a modified Latin script. The mystery of Euskara’s long linguistic isolation has led to many theories of its origins and possible related languages. Most of these hypotheses are very tenuous, such as Basque-Iberic comparisons based on fragments of extinct variations of Vasconic, Auquitanian, and Iberian tongues, or they are based on coincidence and pseudoscientific speculation, ranging from the popular assertion that the Basques are descended from Old Testament patriarchs to the folk beliefs that Basques are related to the distant Kartvelian populations of Caucasus Georgia to a slightly more plausible relation to the ancient Chechen language, neighbors of the Georgians whose language structure appears closer to Euskara. These models of Dené-Caucasian language families might mean that the Basque and their ancestors originated from the Caucasus. But only the latest genetic studies of modern Basque samples have reached clear conclusions. 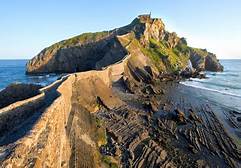