The new mathematical formula can describe any bird’s egg existing in nature, says a team of scientists from the United Kingdom and Ukraine. 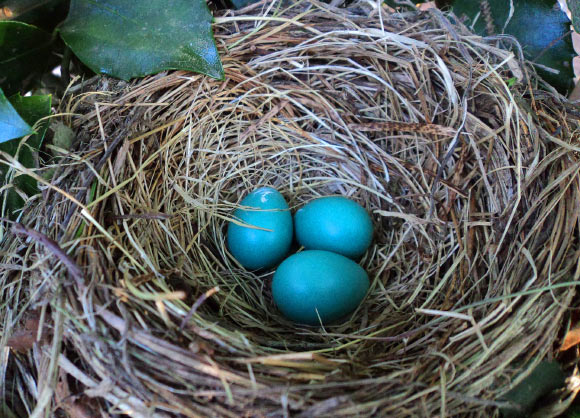 The egg, as one of the most traditional food products, has long attracted the attention of mathematicians, engineers, and biologists from an analytical point of view. Image credit: Designer Coleman.
Described as the most perfect thing, the egg has always been considered a major food source in human history and nutrition.
It is also one of the most recognizable shapes in nature and an example of evolutionary adaptation to the most diverse range of environmental conditions and situations. These include extremes of heat and humidity, incubation with or without body heat, in or out of nests, and/or from clean to highly infected environments.
Moreover, the practical issues of evolving a shape that is large enough to incubate an embryo, small enough to exit the body in the most efficient way, not roll away once laid, and be structurally sound enough to bear weight, are all primary considerations of a remarkable structure that is a feature of over 10,500 living bird species, including those used for egg production and consumption by people.
The recent appreciation that birds are living dinosaurs also opens up a whole new line of enquiry in studies of the most well-known of extinct species.
The egg shape is, thus, most worthy of a full mathematical analysis and description. Despite this, a geometric characterization of ‘oviform’ or ‘egg-shaped’ (a term used in common parlance) that is universally applicable to the eggs of all birds has belied accurate description by scientists.
“As a main parameter in oomorphology, the shape of a bird’s egg has, to date, escaped a universally applicable mathematical formulation,” said senior co-author Professor Darren Griffin of University of Kent and colleagues.
“Analysis of all egg shapes can be done using four geometric figures: sphere, ellipsoid, ovoid, and pyriform (conical or pear-shaped).”
“The first three have a clear mathematical definition, each derived from the expression of the previous, but a formula for the pyriform profile yet to be derived.”
To rectify this, the researchers introduced an additional function into the ovoid formula, developing a mathematical model to fit a completely novel geometric shape characterized as the last stage in the evolution of the sphere-ellipsoid, which it is applicable to any egg geometry.
This new universal mathematical formula for egg shape is based on four parameters: egg length, maximum breadth, shift of the vertical axis, and the diameter at one quarter of the egg length.
This long sought-for universal formula is a significant step in understanding not only the egg shape itself, but also how and why it evolved, thus making widespread biological and technological applications possible.
“Biological evolutionary processes such as egg formation must be investigated for mathematical description as a basis for research in evolutionary biology, as demonstrated with this formula,” Professor Griffin said.
“This universal formula can be applied across fundamental disciplines, especially the food and poultry industry, and will serve as an impetus for further investigations inspired by the egg as a research object.”
“This mathematical equation underlines our understanding and appreciation of a certain philosophical harmony between mathematics and biology, and from those two a way towards further comprehension of our Universe, understood neatly in the shape of an egg,” said senior co-author Dr. Michael Romanov, a visiting researcher at the University of Kent.
“We look forward to seeing the application of this formula across industries, from art to technology, architecture to agriculture,” said first author Dr. Valeriy Narushin, a researcher at the Research Institute for Environment Treatment and Vita-Market Ltd in Zaporizhzhia, Ukraine.
“This breakthrough reveals why such collaborative research from separate disciplines is essential.”
The team’s paper was published in the Annals of the New York Academy of Sciences.
_____
Valeriy G. Narushin et al. Egg and math: introducing a universal formula for egg shape. Annals of the New York Academy of Sciences, published online August 23, 2021; doi: 10.1111/nyas.14680