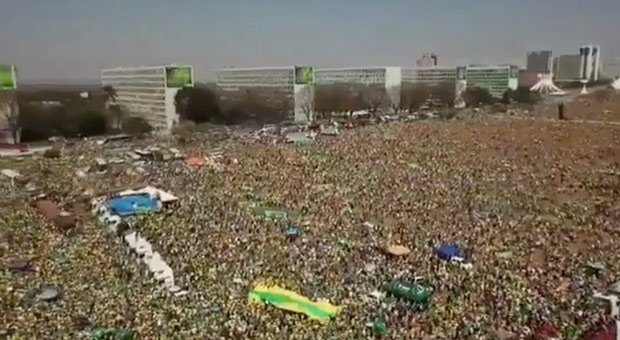 Hundreds of thousands of Brazilians flooded the streets
Brazilians have flooded the streets in their hundreds of thousands to reject "The Great Reset" and show their support for anti-globalist leader President Jair Bolsonaro, aka "Tropical Trump."
Aerial images from the Independence Day rally show the staggering levels of support for Bolsonaro as he vows to reject the global elite and put his people before the globalist agenda.
Bolsonaro managed to pack the streets of the nation’s capital, Brasilia, as Brazilians voiced their overwhelming support for their populist leader.
Estimates place the size of the rally crowd at up to 200,000 citizens in Brasilia alone. 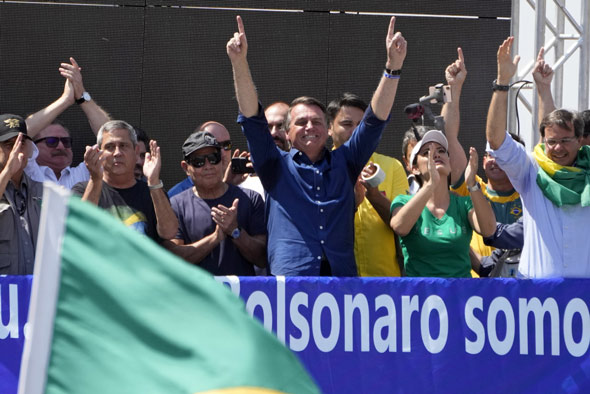 President Jair Bolsonaro, aka 'Tropical Trump,' called on Brazilians to rise up
Videos shared across social media show the astonishing levels of support as citizens marched toward Congress to damand lawmakers get behind Bolsonaro's pledge to reject "The Great Reset."

The scenes from the display were truly iconic.
The uprising will likely live throughout the annals of Brazilian history regardless of what his country’s deep state has in store for Bolsonaro:

Bolsonaro laid down the gauntlet to the corrupt judges who are preventing him from pursuing his Brazil-first agenda and making his country great again:
Avoid Internet censorship by subscribing to us directly
Big League Politics reported on Bolsonaro’s defiant claim that next year’s election would end either with victory, imprisonment, or death – saying no U.S.-style vote steal would happen in his country under any circumstances:
“During a speech delivered to evangelical Christian leaders over the weekend, Brazilian President Jair Bolsonaro said that he can only see three options for his future: prison, death, or victory.
“I have three alternatives for my future: being arrested, killed, or victory,” Bolsanaro, a former army captain, told the crowd of evangelicals while delivering an address about the country’s upcoming election in 2022.
The national conservative leader added: “You can be sure the first option will not happen.

"I’m doing the right thing and I owe nothing to anyone.
"No man on earth will threaten me.” 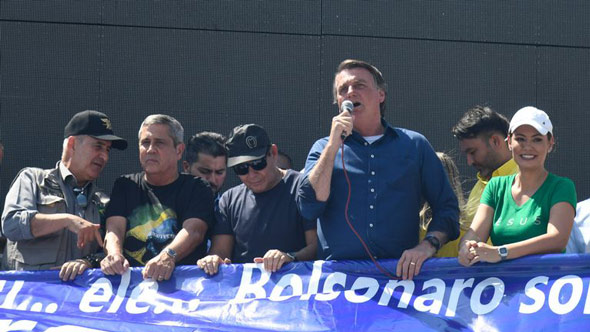 President Jair Bolsonaro told his supporters that 'only God can remove me'
Evangelical Christians have played and continue to play a crucial role in Bolsonaro’s electoral success.
Bolsonaro’s fiery words come amid growing tensions with the country’s judiciary, which he insists is comprised greatly of left-wing activists judges and communist sympathizers who seek to remove him from high office.
To ensure a fair and balanced election in 2022, Bolsonaro has been trying, somewhat in vain, to revamp Brazil’s current electronic voting system – which like all electronic voting systems, can be easily hacked – to one that leaves a paper trail, and is thus less vulnerable to fraud.
Unsurprisingly, however, Brazil’s political left – like America’s Left – wants to keep the current electronic voting system in place.
Last week, Brazil’s lower lawmaking body failed to pass a constitutional amendment that would’ve allowed the electronic voting system to be abolished.
Bolsonaro has shown that populism and nationalism are not dead on the world stage.
Strong leaders need to rise up in every country to fight back against the scourge of leftism and degeneracy.