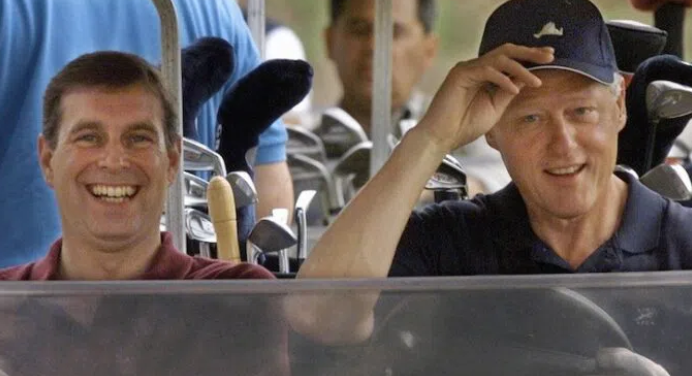 Source: RT
Prince Andrew has finally been served child sex trafficking lawsuit papers, prompting fears among the powerful elite that their sick crimes could soon be exposed.
The security detail at the Royal Lodge in Windsor accepted documents detailing a child sex lawsuit against Prince Andrew by one of the victims of pedophile billionaire Jeffrey Epstein. His response is due soon in a US court.
Process server Cesar Augusto Sepulveda successfully served the documents on August 27, according to an affidavit published on Friday. 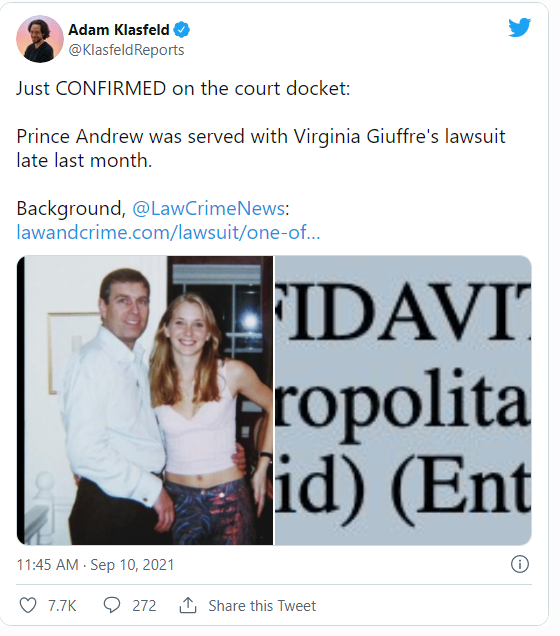 Rt.com reports: The document surfaced in court filings ahead of the initial pretrial conference before US District Judge Lewis Kaplan in New York, scheduled for September 13.
Andrew Albert Christian Edward, the Duke of York, is accused by Virginia Giuffre of sexual assault, battery and inflicting emotional distress on her. Giuffre’s lawsuit alleges that she was abused by Prince Andrew on multiple occasions while she was under the age of 18, including at the London home of Ghislaine Maxwell and at Epstein’s mansion in New York.
The Queen’s second son has denied ever having sexual relations with Giuffre and told the BBC in 2019 he had “no recollection” of ever meeting her. 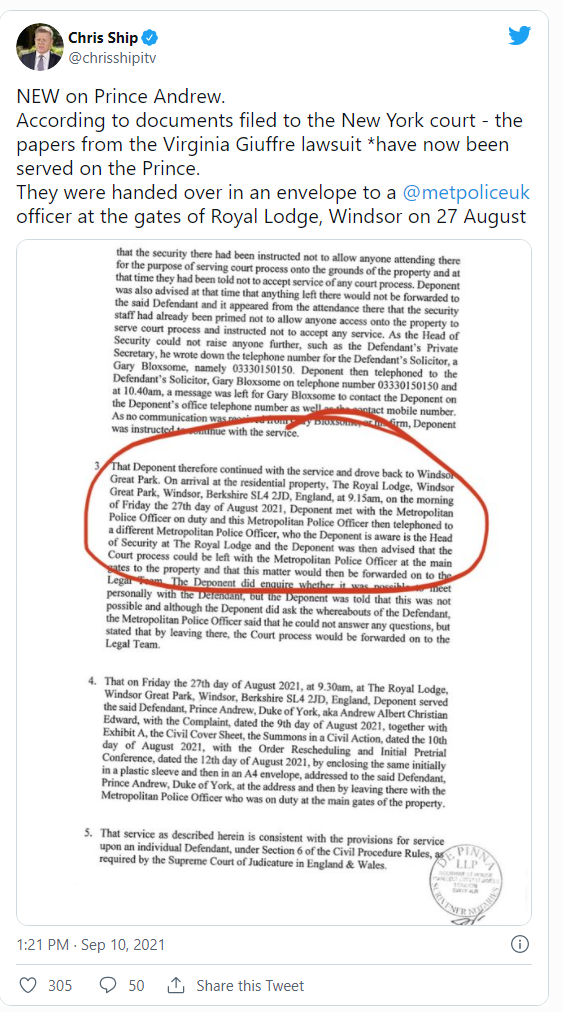 Sepulveda said that he had made the first attempt to serve the papers on August 26, but was told no one was authorized to accept them. Someone at Windsor apparently changed their mind when he came back the following day.
Court documents indicate that attorneys for the royal have until September 17 to file a response. If they fail to do so, “judgment by default will be entered against you for the relief demanded in the complaint.”
It was the unsealing of Giuffre’s defamation lawsuit against Maxwell, settled in 2015, that blew open the entire scandal and revealed the lenient 2008 plea agreement Epstein was given by US authorities. The disgraced financier was arrested in July 2019 and allegedly committed suicide in a New York jail a month later. Maxwell, his confidante and alleged confederate, was arrested in July 2020. Her trial on charges of being an accessory to sex trafficking is scheduled to start in November.