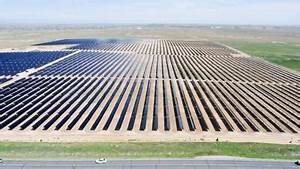 2010–2020 Showed Strong Wins For Wind & Solar In China, Nuclear Lagging
In 2014, I made the strong assertion that China’s track record on wind and nuclear generation deployments showed clearly that wind energy was more scalable. In 2019, I returned to the subject, and assessed wind, solar and nuclear total TWh of generation, asserting that wind and solar were outperforming nuclear substantially in total annual generation, and projected that the two renewable forms of generation would be producing 4 times the total TWh of nuclear by 2030 each year between them. Mea culpa: in the 2019 assessment, I overstated the experienced capacity factor for wind generation in China, which still lags US experiences, but has improved substantially in the past few years.

My thesis on scalability of deployment has remained unchanged: the massive numerical economies of scale for manufacturing and distributing wind and solar components, combined with the massive parallelization of construction that is possible with those technologies, will always make them faster and easier to scale in capacity and generation than the megaprojects of GW-scale nuclear plants. This was obvious in 2014, it was obviously true in 2019, and it remains clearly demonstrable today. Further, my point was that China was the perfect natural experiment for this assessment, as it was treating both deployments as national strategies (an absolute condition of success for nuclear) and had the ability and will to override local regulations and any NIMBYism. No other country could be used to easily assess which technologies could be deployed more quickly.
In March of this year I was giving the WWEA USA+Canada wind energy update as part of WWEA’s regular round-the-world presentation by industry analysts in the different geographies. My report was unsurprising. In 2020’s update, the focus had been on what the impact of COVID-19 would be on wind deployments around the world. My update focused on the much greater focus on the force majeure portions of wind construction contracts, and I expected that Canada and the USA would miss expectations substantially. The story was much the same in other geographies. And that was true for Canada, the USA and most of the rest of the geographies.
But China surprised the world in 2020, deploying not only 72 GW of wind energy, vastly more than expected, but also 48 GW of solar capacity. The wind deployment was a Chinese and global record for a single country, and the solar deployment was over 50% more than the previous year. Meanwhile, exactly zero nuclear reactors were commissioned in 2020.
And so, I return to my analysis of Chinese low-carbon energy deployment, looking at installed capacity and annual added extra generation. Grid-connections of nameplate capacity of wind, solar and nuclear in China 2010-2020 chart by author
I’ve aggregated this added additional capacity from multiple sources, including the World Nuclear Association, the Global Wind Energy Council, and the International Energy Agency’s photovoltaic material. In three of the 11 years from 2010 to 2020, China attached no nuclear generation to the grid at all. It’s adding more this year, but the year is not complete.
The solar and wind programs had been started in the mid-2000s, and wind energy initially saw much greater deployments. Having paid much more attention to wind energy than solar for the past decade, I was surprised that solar capacity deployments exceeded wind energy in 2017 and 2018, undoubtedly part of why solar was on track to double China’s 2020 target for the technology, while wind energy was only expected to reach 125% of targets. Nuclear was lagging targets substantially, and there was no expectation of achieving them. In 2019, the clear indication was that China would make substantially higher targets for wind and solar, and downgrade their expectations for nuclear, which has been borne out.

But nameplate capacity doesn’t matter as much as actual generation. As stated in the mea culpa, wind energy in China has underperformed. This was assessed in a Letter in the journal Environmental Research by European and North American researchers in 2018.
“Our findings underscore that the larger gap between actual performance and technical potential in China compared to the United States is significantly driven by delays in grid connection (14% of the gap) and curtailment due to constraints in grid management (10% of the gap), two challenges of China’s wind power expansion covered extensively in the literature. However, our findings show that China’s underperformance is also driven by suboptimal turbine model selection (31% of the gap), wind farm siting (23% of the gap), and turbine hub heights (6% of the gap)—factors that have received less attention in the literature and, crucially, are locked-in for the lifetime of wind farms.”
Some of the capacity factor issues are locked in, and some aren’t, but overall wind energy in China’s capacity is well below that of the US fleet still. I’ve adjusted capacity factors for wind energy to be 21% at the beginning of the decade, and up to 26% for 2020 deployments, still well below US experience. Solar, on the other hand, is less susceptible to some of the challenges of that impede wind energy’s generation, and the Chinese experienced median of 20% is used throughout the decade. China’s nuclear fleet has had much better ability to connect to the grid, and as the reactors are new, they aren’t being taken offline for substantial maintenance yet. The average capacity factor for the fleet of 91.1% for the decade is used. Generation in TWh added each year by wind, solar and nuclear in China 2010-2020
And this tells the tale. Even adjusted for the poor capacity factor’s wind experienced and the above global average capacity factor for nuclear, in no year did the nuclear fleet add more actual generation than wind energy. The story is more mixed in the solar vs nuclear story, but only once in the past five years was more annual generation in TWh added by the nuclear program than by solar. And as a reminder, the Chinese wind and solar deployment programs started well over a decade after the nuclear program which saw its first grid connections in 1994.
What is also interesting to see is that the reversal in wind and solar deployments in China in the past two years. 2019 and 2020 saw double or more than double the actual generation in TWh added by wind than solar. To be clear, some of this is uptick is due to an expected and subsequently announced elimination of federal subsidies for utility-scale solar, commercial solar and onshore wind projects in 2021.
“The new rule, effective from Aug. 1, follows a drastic fall in manufacturing costs for solar and wind devices amid booming renewable capacity in China.”
This appears to have driven Chinese 2020 wind energy deployments to ensure that they would receive the compensation, just as US deployments have seen significant surges and lulls due to changes in the production tax credit. As a result, there is speculation that the announced wind generation capacity is not as fully completed as announced. However, that should not change the expected capacity factors for the coming years, and so I’ve left the 120 TWh projected delivery from the wind farms deployed in 2020 as is.
It’s worth noting that as of today, 7 of the 10 largest wind turbine manufacturers, and 9 of the 10 largest solar component manufacturers are Chinese companies. China remains, as I pointed out a couple of years ago, the only scaled manufacturer of many of the technologies necessary for decarbonization. Further, it’s expanding its market share in those technologies rapidly.
My 2014 thesis continues to be supported by the natural experiment being played out in China. In my recent published assessment of small modular nuclear reactors (tl’dr: bad idea, not going to work), it became clear to me that China has fallen into one of the many failure conditions of rapid deployment of nuclear, which is to say an expanding set of technologies instead of a standardized single technology, something that is one of the many reasons why SMRs won’t be deployed in any great numbers.
Wind and solar are going to be the primary providers of low-carbon energy for the coming century, and as we electrify everything, the electrons will be coming mostly from the wind and sun, in an efficient, effective and low-cost energy model that doesn’t pollute or cause global warming. Good news indeed that these technologies are so clearly delivering on their promise to help us deal with the climate crisis.