An Inside Look at Australia’s ‘Mandatory Quarantine Camps

Source:  Julian Conradson
Earlier this week, Australia’s Public Health Chief, Dr. Kerry Chant, casually dropped a bombshell when she admitted that the country “will be looking at what contact tracing looks like in the New World Order.”
Dr. Chant’s seemingly blatant nod to what has been called the “Great Reset” set social media ablaze, which naturally kicked the “fact checkers” into high gear.
Of course using the term could be a coincidence, but when you take a closer look at some of the Orwellian and downright authoritarian Covid restrictions that have been forced onto Australian citizens – it sounds a little less crazy that the country could be setting the precedent for something much more sinister.
Australia has mandated the harshest restrictions of any Western nation since the pandemic began.
TRENDING: Biden in SoCal: “You Either Keep Newsom as Your Governor or You’ll Get Donald Trump – Not a Joke” (VIDEO)
The most shocking example of their freedom-crushing tyranny is their so-called “mandatory quarantine centers.” The country has plans to build multiple facilities that will eventually be able to hold thousands of pesky lockdown rule-breakers and travelers for a forced 14-day timeout. 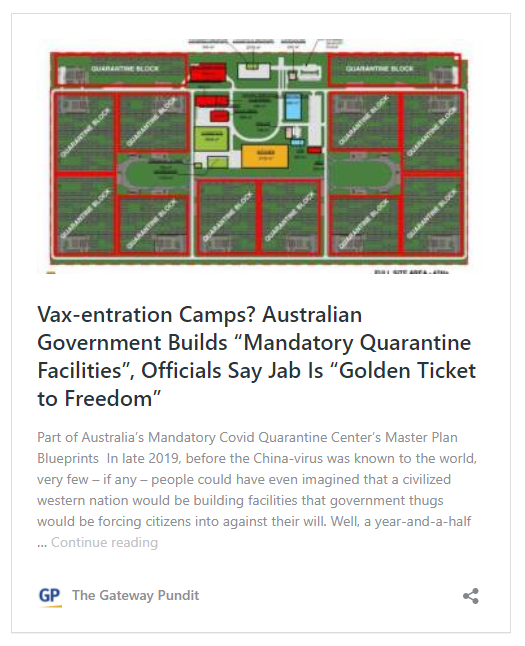 Construction on the camps has been underway since the beginning of the year, and they expect all of them to be fully operational in early 2022. The first site that was turned into one of these vax-entration camps – the Howard Springs Quarantine Facility – has been operational for a few months and serves as the blueprint to all of the other locations.
The dystopian facility is a former mining camp on the northern tip of the country and has row after row of “cabins” that can isolate individuals who need a little break from personal liberties and freedom.

People who are forced into the facility are confined to their pod, which has a small porch for them to get fresh air on. The ‘residents’ are pushed bags of food by workers dressed head-to-toe in blue sterile protective gear as they pass by with the meal trolley.
One person describes the daily meal deliveries as “when you shake the bag of dog treats and the dogs come running.”

Even a writer for the woke New York Times compared his experience of being in the “D block” at the Howard Springs Camp to feeling like an animal at the zoo, saying that the entire group of people confined around him were “irritated” at first but had essentially accepted the treatment after a short while of being in there.. According to him, the sweet treats they were getting fed were just too good.

“I wondered if an American like me could warm up to the approach.
Most of us in D block – Where I was placed and could talk to a few people at a safe distance from our rooms’ verandas – arrived feeling irritated…
..But at some point, I noticed an attitudinal shift. Maybe we’d been softened by the desserts – the sharp lemon meringue, the lush chocolate tart. One day, when the food delivery carts rumbled in, I peered down our row and noticed that we were all craning our necks, leaning out from our little balconies, like animals at the zoo.”

It’s no wonder this authoritarian bootlicker works for the NY Pravda Times..
The camp has reportedly not had any “breaches” or security issues as of yet, but officials say they can “do better.” Elijah Schaffer of the Blaze sat down with Rebel News to discuss the tyrannical health order and how Covid-1984 is taking over the land down under. 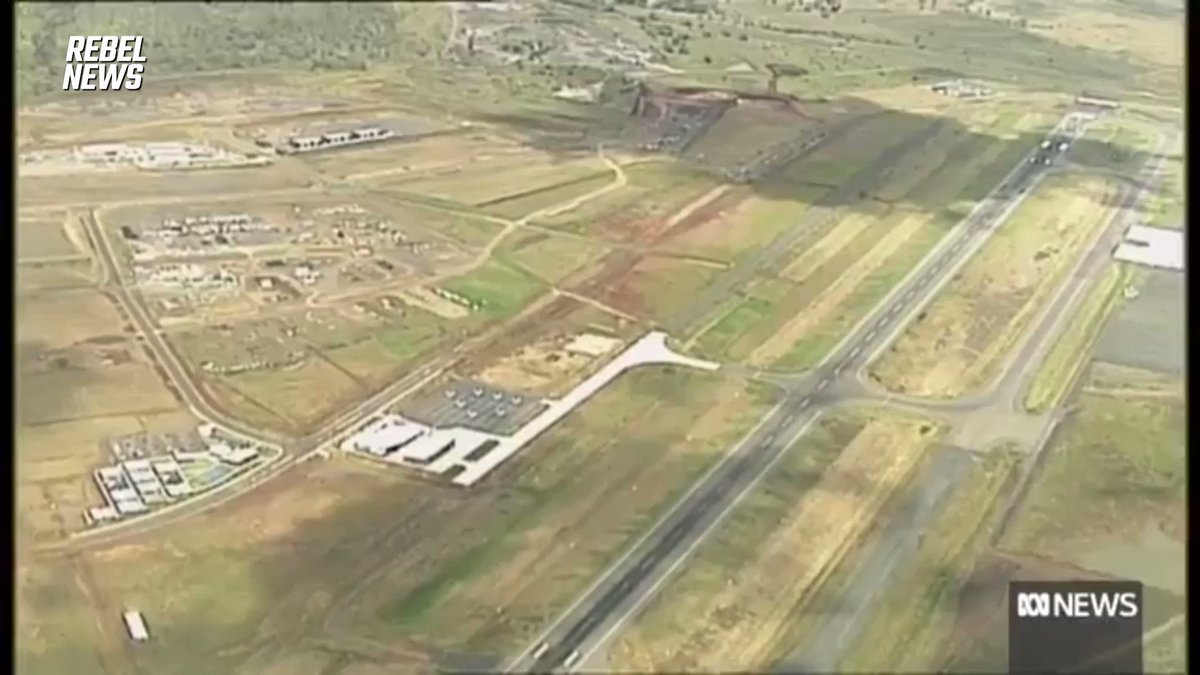 Everyday people who are just trying to go about their lives are being forced into isolation and confinement because the rapidly changing science is claiming it is the best way to save lives. Australian health officials are calling the experimental vaccine the “golden ticket to freedom.” How long will it be until science decides that 14 days isn’t enough time for a proper quarantine? Or that the unvaccinated deserve some time in there to think about how they are “endangering the public”?
As noted above, Australia’s Public Health Chief already said the quiet part out loud – they are looking to see what will work so it can be repeated elsewhere.
In the US, the CDC has already published an approach that discusses building these types of covid-internment camps, using terms like “green zone” and “shielding approach” as euphemisms to make it more palatable.
Tyranny always builds gradually and then happens suddenly. If you think this is just a slippery slope we are on, you hit your head on a rock and passed out a long time ago.