Why the Biden COVID-19 Vaccine Mandate is Unconstitutional 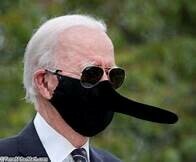 On September 9, President Biden announced he would circumvent the democratic process, ordering the Secretary of the Department of Labor to require employers with over 100 workers to “ensure their workforces are fully vaccinated or show a negative test at least once a week.”

This was essential, as Biden said, “to protect vaccinated workers from unvaccinated workers.”
As we have explained, the Secretary of Labor will issue these regulations through OSHA by way of an Emergency Temporary Standard (ETS). The ETS would allow the Secretary of Labor to issue the vaccine mandate without the normal administrative rulemaking requirements (like notice and public comment periods).

While the Biden Administration tells the public that there’s no time to waste in issuing the mandate, the truth is that OSHA/Labor failed to argue the necessity of a vaccine mandate since the vaccines have been available – a time period approaching one year. Moreover, the Biden Department of Labor is secretly meeting with the US Chamber of Commerce and business lobbyists to gather support for the mandate. As Bloomberg Law reports:

Solicitor of Labor Seema Nanda held a virtual meeting with Neil Bradley, the Chamber’s chief policy officer, and other business lobbyists. The Chamber, the largest business lobbying group in the U.S., has yet to publicly declare a position on the coming Occupational Safety and Health Administration emergency rulemaking.
It was one of at least three briefings the department held Friday for labor union leaders and employer associations—constituencies the White House hopes to forge partnerships with to lift the vaccination rate nationwide. Information from the calls was disclosed to Bloomberg Law by eight sources who took part, all of whom requested anonymity because they didn’t have approval to speak publicly.

Why the Vaccine Mandate is Unconstitutional

As you can imagine, the constitutionality of the vaccine mandate will be litigated as soon as OSHA issues the rules. The media is running interference, telling the public that challenges to the mandate are “unlikely to succeed.”
Do not believe them.
The legality of the vaccine mandate will be assessed under what is called the major rules doctrine (also known as the major questions doctrine). Under this doctrine, the courts look to (1) whether the agency action is a major rule; and (2) whether Congress has clearly authorized the agency action.
As Justice Scalia stated in 2014, “We expect congress to speak clearly if it wishes to assign to an agency decisions of vast ‘economic and political significance.’”
From here we turn to the first question of the major rules doctrine: there is zero doubt that it is a major rule. It would affect the healthcare decisions – and implicate the personal autonomy – of “some 80 million private sector workers.” It is an action never before taken by OSHA, the Department of Labor, and any other federal agency.
It would affect the entire US economy.
In support of my position, we have seen lesser invasive agency rules be determined to be major rules. For example, “rate-regulations” of telephone companies has been held to be a major rule. MCI Telecommunications Corp. v. American Telephone & Telegraph Co., 512 U.S. 218 (1994).
From there we get to the second question: whether Congress has clearly authorized the Department of Labor/OSHA to mandate vaccines. The answer is no.
If Congress clearly authorized (not just authorized, but clearly authorized) Labor/OSHA to mandate vaccines, then we would have seen such authority in the OSH Act of 1970. Look for yourself – the language isn’t there. Instead, there are general grants of authority to “set mandatory occupational safety and health standards.”
Looking to the history of OSHA, this authority has been understood to regulate employer actions to provide a safe workplace (Benzene limits) or employee actions at work (operation of heavy equipment).
The OSH Act has never been understood historically to include mandatory vaccinations.
This is significant because the Supreme Court recently looked to agency history to determine the CDC lacked the authority to issue its latest eviction mandate.
For an example of “clear authority” relating to public health, look to the authority Congress gave HHS to take action in case of “significant outbreaks of infectious diseases.” Going further, to allow the mandate would be to allow OSHA to require vaccination as a condition of employment.
The OSH Act contains no such language or authority.
So there we have it. This is a “major rule” and Congress has not “clearly authorized” Labor/OSHA to issue a vaccine mandate.
It is an unlawful – and unconstitutional – seizure of authority by the Executive.
Expect further challenges on whether the ETS itself (and the finding of “grave danger”) is legal.
We also observe that we by no means concede Congressional authority to mandate vaccines. (In other words, Congress could not give OSHA/Labor this authority because Congress has no such authority to give.) You may have seen some pundits argue that the 1905 case of Jacobsen v. Massachusetts gives this authority. These arguments are misplaced, as that was the Supreme Court over 100 years ago considering state, and not federal, authority.

In 2017, when Justice Kavanaugh was sitting on the DC Circuit, he wrote a dissent from a denial of rehearing en banc, in which he thoroughly summarized the major rules doctrine. He argued that the FCC’s net neutrality rule was unlawful, in that it was a “major rule” that was not clearly authorized by Congress.
Kavanaugh’s 2017 dissent was one of the most (or perhaps the most) comprehensive discussions of the major rules doctrine ever written in the DC Circuit. Kavanaugh went through a number of Supreme Court cases in support of his position and argued the doctrine essential to uphold the separation of powers. To this author, it reveals Kavanaugh values this doctrine and believes it should be applied with vigor.
We see an example of this in Justice Kavanaugh’s concurring opinion in the original application to vacate the stay of the CDC eviction moratorium (June 29, 2021), where Kavanaugh wrote “clear and specific congressional authorization (via new legislation) would be necessary for the CDC to extend the moratorium.”
Whether Kavanaugh has the courage to apply his convictions is another matter.
See more here: substack.com