OUT OF MIND » THE INSANITY OF REALITY » GOVERNMENTS & THE NEW WORLD ORDER »  White Rage?? 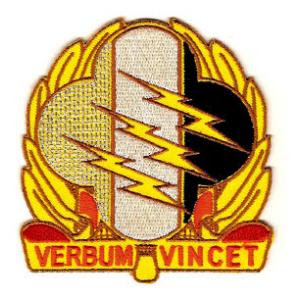 
General Milley is white and he REALLY wants to get to the bottom of the “white rage” that ignited the savage “insurrection” at the Capitol on January 6th , saying:

We’ll ignore, for now the treachery and mendacity oozing from Milley’s words and how they dovetail perfectly with his decades of lying about what was really going on in Afghanistan, because George Webb is here to help.
George says he has tons of interviews with the patriotic grandmas who were there that he can share, to help the General REALLY understand the “white rage”. He adds:


“Emily Rainey is a person you hired, General Milley. She’s with 4th Psychological Operations. She’s white and she loaded up four buses full of white people very near the country club at Pinehurst [North Carolina], where Peter Strzok, Sr lives and he works at a company called AFGRO, that somehow manages crop rotation in Africa. Don’t know why Peter Strzok, Sr’s doing that all over Africa but that’s another story.
“So, you might start there to understand ‘white rage’. It’s really ‘white 4th Psychological Operations rage’. You might want to also look at Joe Biggs, who was 4th PsychOps and then became an FBI informant.
“Then, if you want to do Cuban and Black rage, understand…Enrique Tarrio, who you hired to run Proud Boys.
And finally, if you REALLY, REALLY want to get to the bottom of ‘white rage’, look at the Ukrainian war criminals like [url=https://thespectator.info/2021/02/08/neo-nazi-ukrainians-forefathers-of-antifa-instigated-and-participated-in-the-capitol-hill-riot-alongside-antifa/#:~:text=Neo-Nazi Ukrainians %28Forefathers of Antifa%29 Instigated and Participated,Capitol Hill Riot Alongside Antifa February 8%2C 2021]Dybrynyn[/url], who you imported for the event.
“What are Ukrainian war criminals saying, ‘Faster! Faster! When they’re breaking windows in Russian and Ukrainian – why are they yelling in Russian and Ukrainian?
“And THAT’s how you understand ‘white rage’.”

Everybody and their dog – including Trump – are advising people to stay away from the “Justice for J6” rally planned for today in DC.
In his most recent podcast, Jeffrey Prather alerted viewers that “There’s a lot of intelligence that the September 18th DC rally for the political prisoners that are being held illegally is a false flag event…Pelosi and the FBI and the Capitol Police are like, ‘Oh! There’s violent rhetoric, probably something’s gonna happen!’ Yeah, probably something’s gonna happen because they’re gonna set it up. Do not be part of that…
“They’re going to do the same thing they did, only more so on January 6th. Again…This is just them trying to tie up their loose ends. It’s probably going to be some form of sniping, because the snipers will be concealed, just like with the Las Vegas thing, just like with the various sniper teams that assassinated President Kennedy (not a lone sniper)…
“This is all part of the plan. It’s like the FBI releasing…this grainy tape of the bomber but they can’t identify him – probably because it’s another FBI agent or undercover…and now it’s coming out that the FBI let the Olympic gymnast coach molest 70 little girls. Why? Because they’re child molesters now, too…
“Forget about the Milley stuff. It is a dangle. Forget about the Durham stuff. It is a dangle. We’re not going to restore our republic through rallies. They’re fine but that’s not how it’s going to be done. It’s gotta be done behind the scenes.”
So stay away from DC and let the FBI assets, 4th PsychOps, Antifa and Ukrainian Neo-Nazi (all dressed in Trump garb) knock themselves out, if they must.

OUT OF MIND » THE INSANITY OF REALITY » GOVERNMENTS & THE NEW WORLD ORDER »  White Rage??