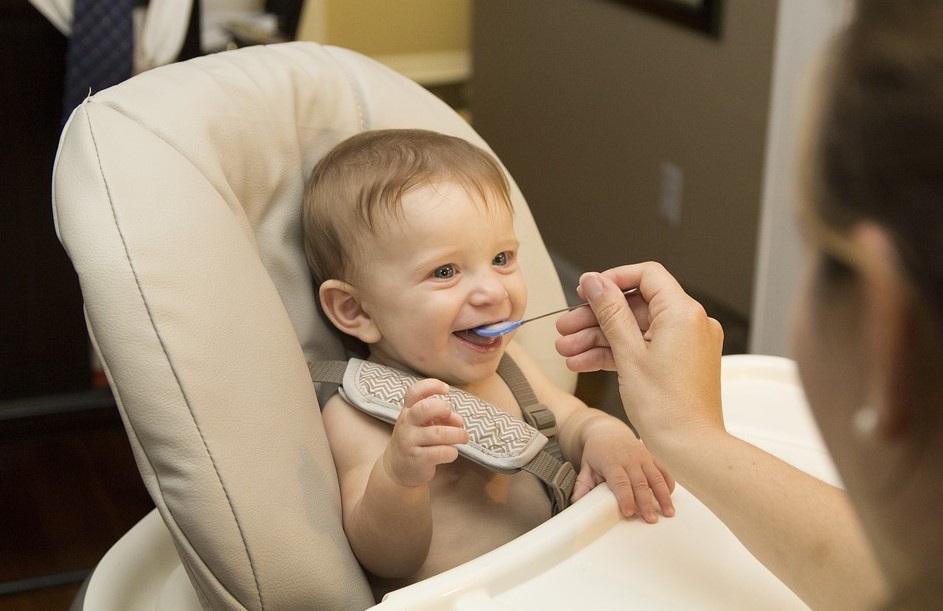 By Andrea Germanos
A new congressional report released Wednesday revealing the baby food industry has failed to keep products with heavy metals off the shelves spurred calls for federal authorities to enact swift action and tough limits on toxin levels.
“This is what happens when you let the food and chemical companies, not the FDA, decide whether our food is safe to eat,” said Scott Faber, senior vice president for government affairs at Environmental Working Group (EWG), in a statement.

“For too long,” he said, “the FDA has allowed food and chemical companies to exploit loopholes to taint our food with ‘forever chemicals,’ jet fuel, and toxic metals like lead and arsenic.”
Faber’s comments followed the release of a [url=https://oversight.house.gov/sites/democrats.oversight.house.gov/files/ECP Second Baby Food Report 9.29.21 FINAL.pdf]report[/url] from a House Oversight subcommittee that found in part that popular companies Gerber and Beech-Nut failed to sufficiently recall infant rice cereals tested to have inorganic arsenic levels above FDA limits.


The publication came after the panel, the Subcommittee on Economic and Consumer Policy, previously warned in a February report that most baby food manufacturers don’t test finished products for levels of toxic metals, instead only testing individual ingredients and vastly underestimating such levels in their finished products.
The new report, according to subcommittee chair Rep. Raja Krishnamoorthi (D-Ill.), “reveals that companies not only under-report the high levels of toxic content in their baby food, but also knowingly keep toxic products on the market.”
“The facts speak for themselves,” he said, “and the fact of the matter is that the baby food industry has consistently cut corners and put profit over the health of babies and children.”

As Chairman of the Subcommittee on Economic and Consumer Policy, I’ve released a new report today on toxic metals in baby food. We need my Baby Food Safety Act to regulate this industry in their safety standards, a task which they seem unable to follow.

Another company under scrutiny in the new report is Plum Organics. All of the company’s Super Puff rice-based products tested between 2017 and 2019 were found to have arsenic levels over 200 ppb—that’s in contrast to the FDA’s 10 ppb limit for bottled water, the report noted. Over half of the company’s products had level levels above the cap set for bottled water, and over 38% had cadmium levels above the FDA’s bottled water threshold.
Walmart was accused of taking “a giant step backwards in protecting babies from toxic heavy metals.”

“For six years,” the report states, “Walmart set an internal maximum inorganic arsenic limit of 23 ppb for its finished baby foods.  However, in 2018, Walmart abandoned that more- protective standard, more than quadrupling it to a standard allowing 100 ppb inorganic arsenic in its baby foods. Walmart offered no justification for its extreme course reversal on protecting babies’ neurological development.”
The report outlined recommendations for the both the FDA and industry to follow.

“FDA should accelerate its proposed timelines for publishing final limits for these toxic heavy metals,” the panel wrote, referring to lead, arsenic, cadmium, and mercury. The agency should also require the industry to perform tests for the metals on finished products, not just ingredients, according to the report.
In addition to voluntarily adapting finished product testing, the report called on the industry to phase out the use of ingredients frequently found to have high levels of the metals.

“We have been working closely with FDA on regulations,” said Krishnamoorthi, “and this report highlights the need for the agency to accelerate its proposed timeline for publishing them.”
The FDA has so far proposed draft limits “to reduce exposure to toxic elements from foods eaten by babies and young children… to as low as possible.”
Olga Naidenko, EWG’s vice president for science investigations, said that was a good step because “setting draft levels will send a powerful signal to the food industry to do better,” but that this alone was not sufficient.
“Proposing to propose,” she said, “is not the same as setting mandatory standards that baby food companies must meet.”
“Parents should not have to wait,” Naidenko said, “and Congress should not wait, but instead set interim levels in the law that companies must meet right away.”
Our work is licensed under Creative Commons (CC BY-NC-ND 3.0). Feel free to republish and share widely.
Source: Common Dreams