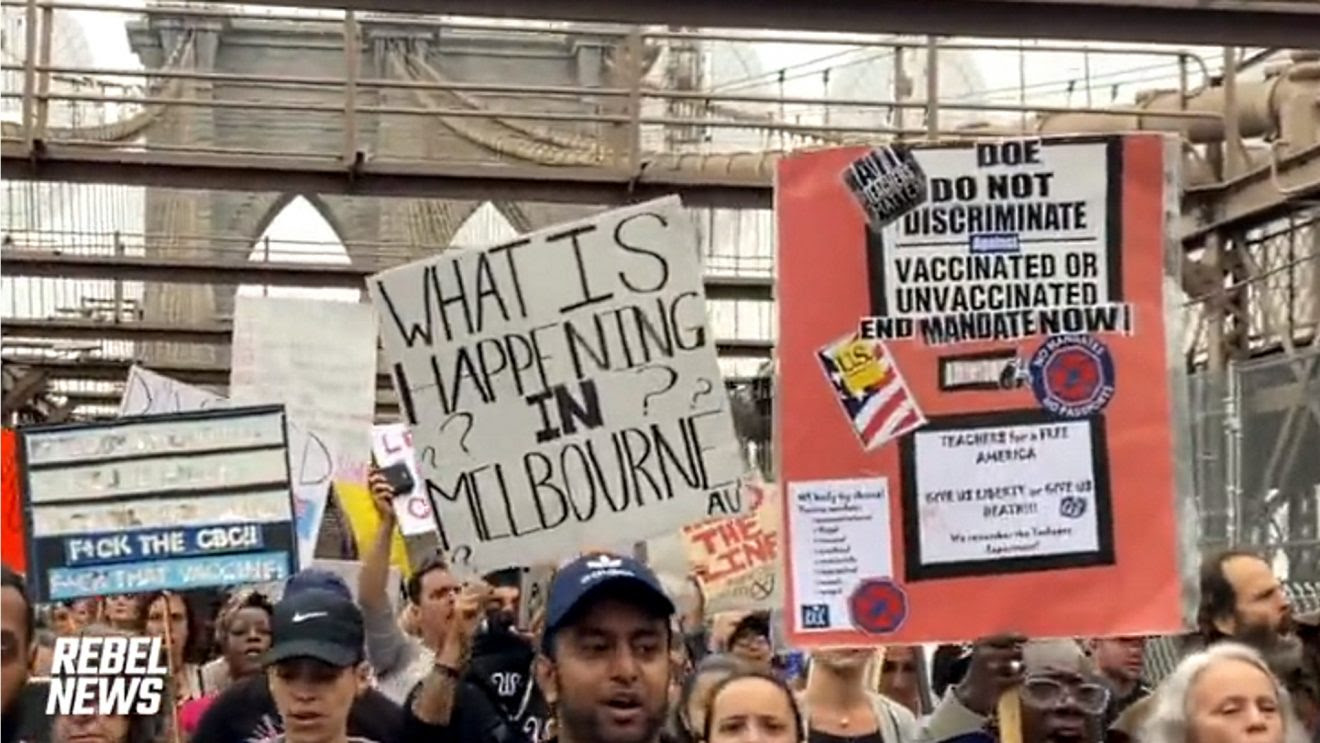 
The ‘Save Australia’ New York protest video they don’t want you to see
WATCH & SHARE what the mainstream media left out.
by Avi Yemini, Rebel News
October 07, 2021

Protesters in New York City marched from Brooklyn to the Australian Consulate in Midtown shouting, “Save Australia!” in astonishing scenes that went viral across social media.
Video footage captured by independent journalist Brendan Gutenschwager showed protesters waving Australian flags and carrying placards demanding an end to vaccine passports, mandatory vaccination, and medical apartheid.
‘What is happening in Melbourne?’ read one, most likely in response to the terrifying footage shot in Melbourne Victoria of police counter-terror units firing on Freedom protesters with rubber bullets and capsicum spray.
Mainstream media in Australia painted the protest in New York City as a ‘far-right, anti-vax’ event.
Various personalities in the press took to social media to speak against the protest.

Save Australia? The US is having more Covid deaths DAILY (approx 2000) than Australia has had the whole pandemic (approx 1300). We may not love lockdown. But we’re saving ourselves OK. 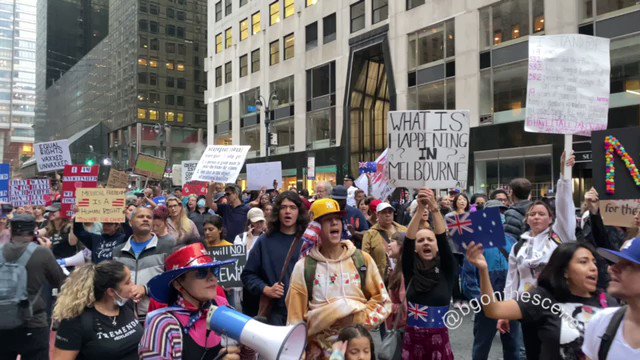 According to Gutenschwager, who was on the ground with the protesters, it was an extension of current protests staged in solidarity with the Australian people.
New York City has come under harsh medical restrictions in recent months, resulting in a grassroots protest movement similar to the Australian Freedom rallies. The group was concerned about disturbing footage coming from Melbourne. They handed out Australian flags, made speeches, and then took their protest to the Australian Consulate.
Reaction on the ground from onlookers was a mixture between derision and celebration, as is typical with protests.

“There’s been a lot of viewing of what’s happening in Australia as this potential precursor to what might happen in the United States. A lot of people see it as a much stricter version of some of the measures implemented here,” said Gutenschwager when asked about the American perception of Australia.

Gutenschwager explained that many speeches given by Australian health officials and politicians had made the rounds through American social media users.
Australian mainstream media attempted to discredit the anti-mandatory vaccine protests held by the construction industry outside CFMEU headquarters as the obviously false and absurd ‘man-baby-nazis’, after former Labor Leader Bill Shorten addressed the press.

The line was repeated by Union leaders, journalists, and Labor Party members for more than twenty-four hours before it was finally admitted that the protesters were, as they said initially, constructions workers…
I spoke to Brendan to find out the truth.