OUT OF MIND » BREAKING NEWS & HOT TOPICS » THE GREAT RESIST » From the Streets of Victoria, Australia: “We Are Now in Deep Trouble Here… This Is a Fight for Our Souls and Our Humanity.”

From the Streets of Victoria, Australia: “We Are Now in Deep Trouble Here… This Is a Fight for Our Souls and Our Humanity.”

From the Streets of Victoria, Australia: “We Are Now in Deep Trouble Here… This Is a Fight for Our Souls and Our Humanity.”
by Nelleus, Contributing Writer at Truth Comes to Light
October 12, 2021

We are nearing the mid-point in October 2021 and I think we are now in deep trouble here.
What can I say? It’s insanity. The lunatics have taken over the asylum!
Never, ever have I seen anything like this in Australia, let alone Melbourne, including the behaviour and disjointed dialogue from the criminals masquerading as police.
Hardened criminals can be more articulate in their verbal communication than Australian police.  These people are so out of control that they are unable to speak properly when barking orders.
It makes me wonder: Have they been fully vaccinated and now have totally lost their minds? Or is this the way these types of people behave when they know that they are inflicting pure evil on innocent and vulnerable people?
These are clearly criminals, committing criminal acts on the people, and it’s now “Helter Skelter”.
We understand that this is a fight for our souls and our humanity, both in a personal sense and for humanity’s survival as a race.
A lot has happened in the past few weeks with far-reaching implications for us that we will need to attend to.
The facist regime in Victoria announced at 11:59pm October 7, 2021 that the majority of the workforce in Victoria must have their first vaccination and second vaccination on dates ranging from October 10, 2021 to October 26, 2021,  depending on their occupation.
A letter was sent to employers telling them that by October 15, 2021 they were to go around to every employee, with a  “Starsi”- style ledger,  and record which staff members were vaccinated and those who were not. If the employee’s vaccination status was not determined, then they were to be recorded as unvaccinated. If unvaccinated employees have not had their first vaccination by October 22, 2021, or have not made an appointment to do so, then they are fined $5000.00AUD. The employer is fined $50,000.00AUD if they fail to sack the employee.
It was then announced a day or two later that police, security guards, court workers and lawyers would be exempt from the vaccination order so that they can remain employed. These “health authorities” have no jurisdiction over judges and magistrates, therefore they are also exempt.
[Link to Victoria, Australia covid vaccine mandates.]
So, for many, we pretty much have full Martial Law in Melbourne, Victoria. Will the next phase be food shortages and possible cyber attack?
Below, I’ll share some links to recent events, speakers, protests, etc. that are being shared among freedom fighters here. 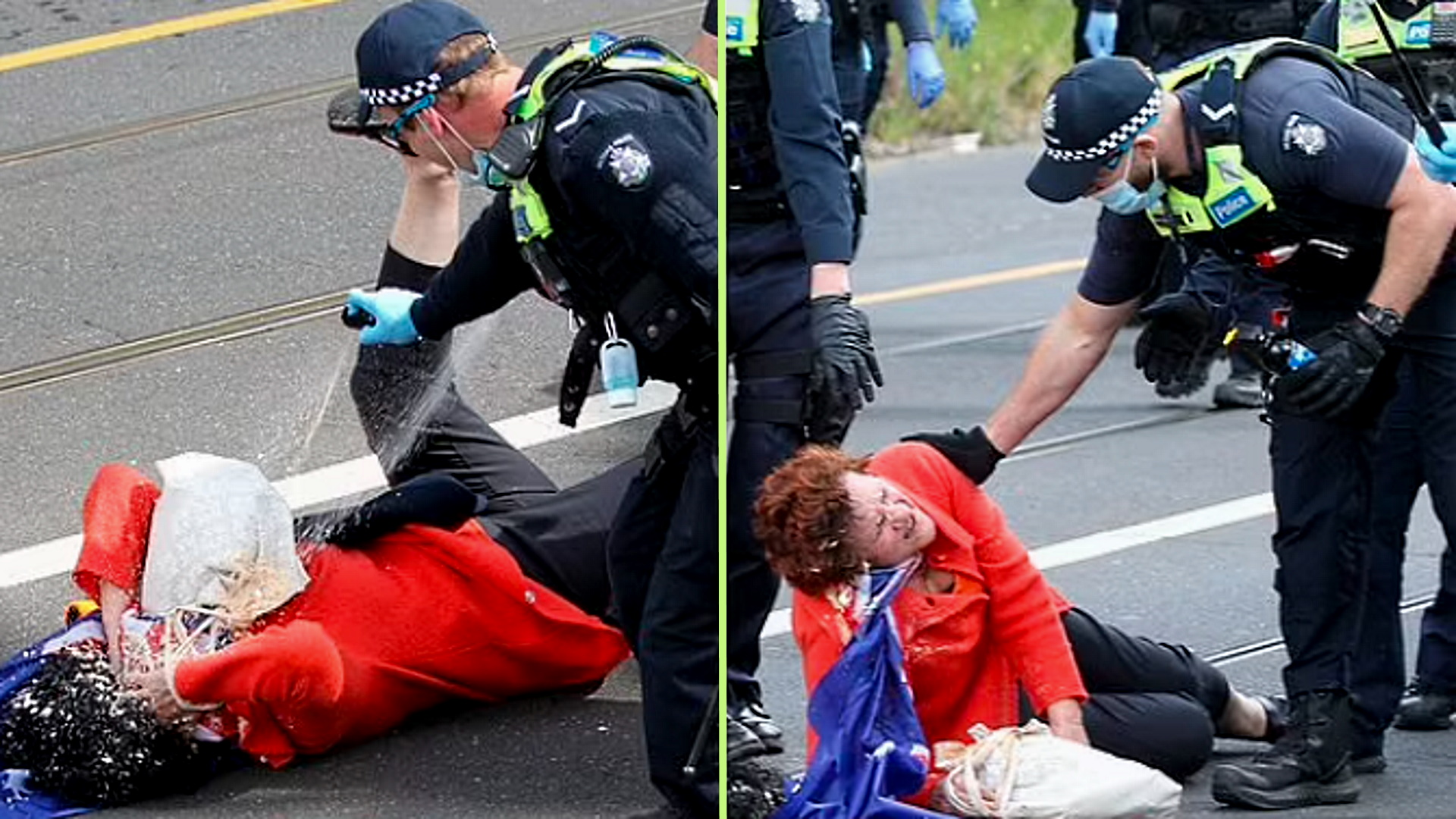 September 19 — Elderly Australian woman knocked down and PEPPER-SPRAYED by police during Melbourne protest against lockdowns. Link to article. Also see related: Message to the Morons in Uniform – Your Fascism Will Return to Haunt You. Link to video. 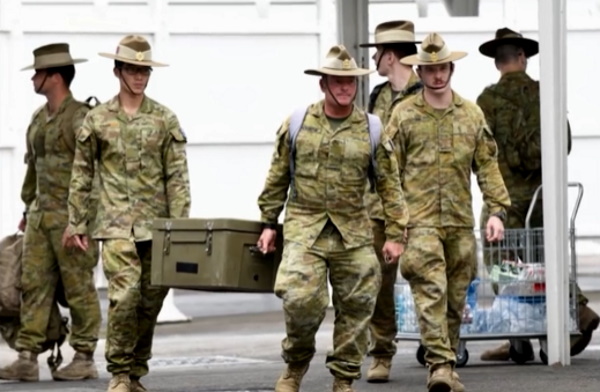 September 24 — Military troops (navy and army) were flown into Sydney and put up at the Marriott Hotel in Darling Harbour (590 rooms at $600 a night), as reported by Aussie Cossack. Link to article and video. 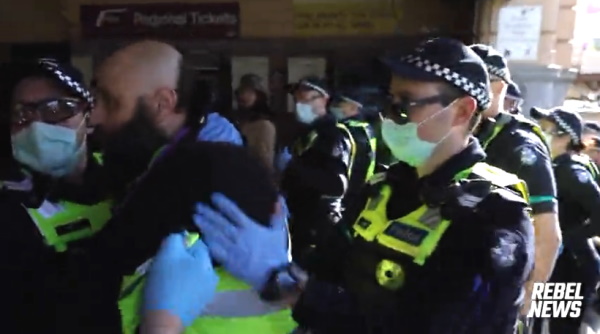 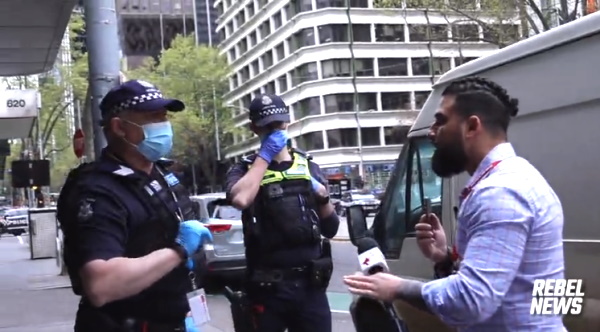 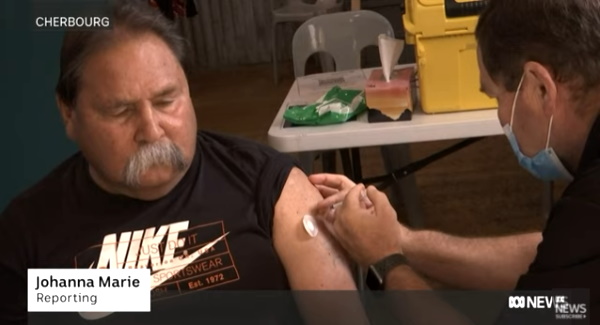 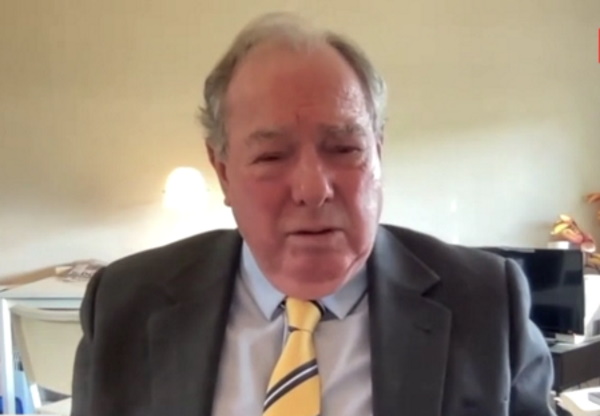 October 6 — Professor Edward J. Steele, a molecular and cellular immunologist,  is one of very few academics that have come out to say anything against the false rhetoric here.  Most of the truth has come from outside this country.  Link to article and video. 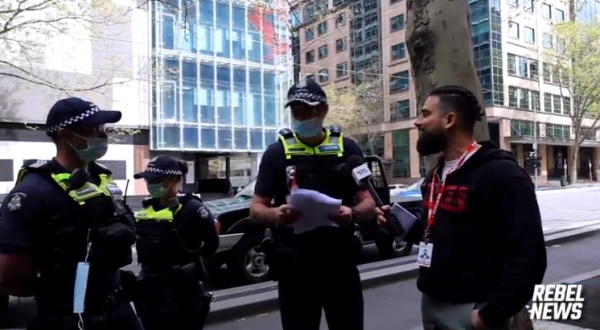 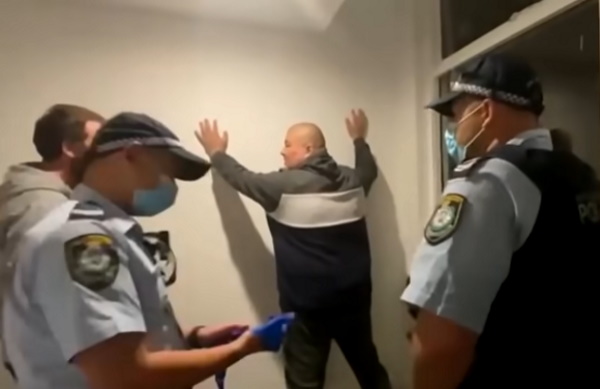 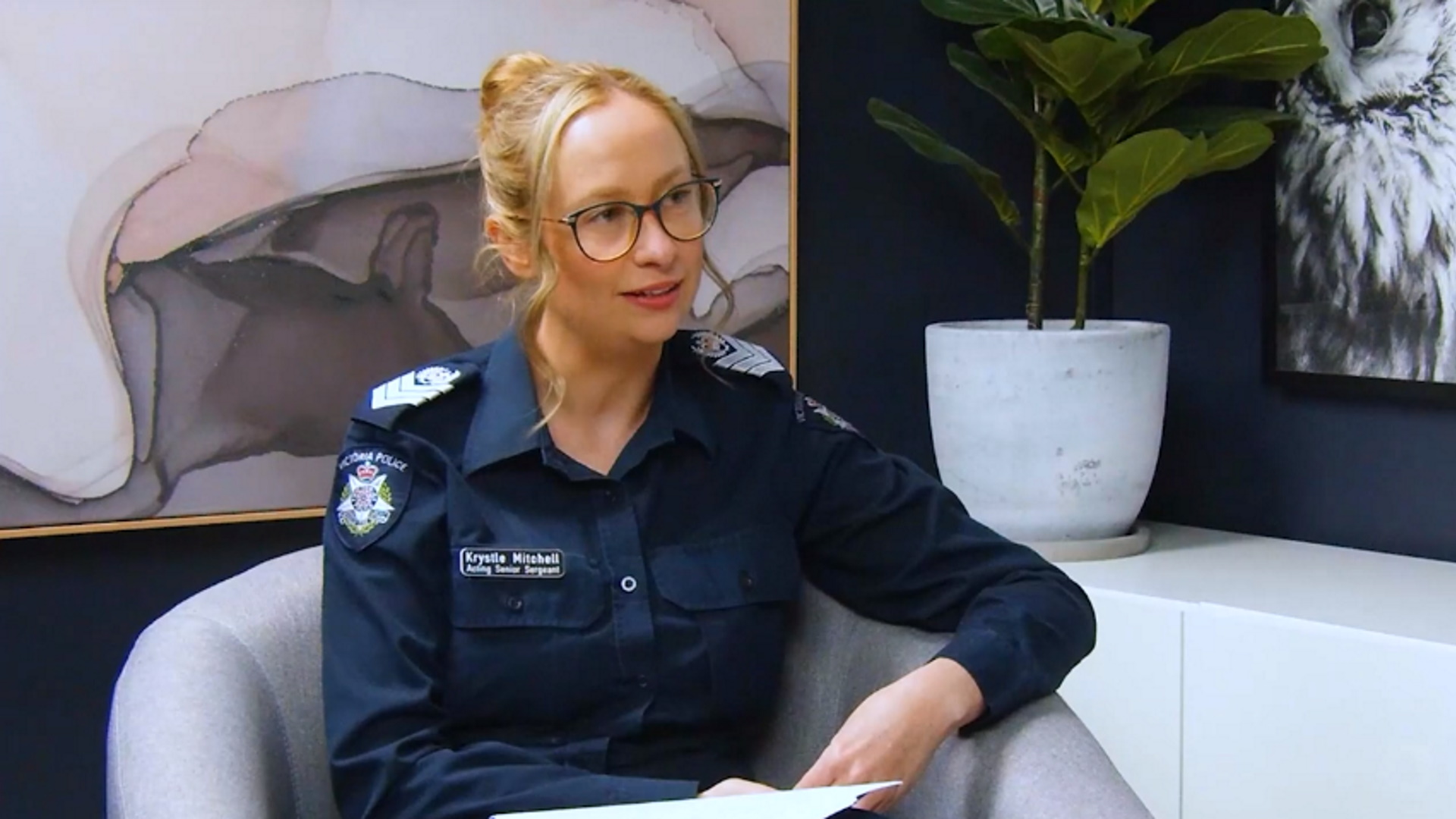 October 8 — Senior Police Sergeant in Victoria, Australia Speaks Out Against Unethical Policing: “I Won’t Be a Police Officer After the End of This Interview”. Link to article and video.

OUT OF MIND » BREAKING NEWS & HOT TOPICS » THE GREAT RESIST » From the Streets of Victoria, Australia: “We Are Now in Deep Trouble Here… This Is a Fight for Our Souls and Our Humanity.”