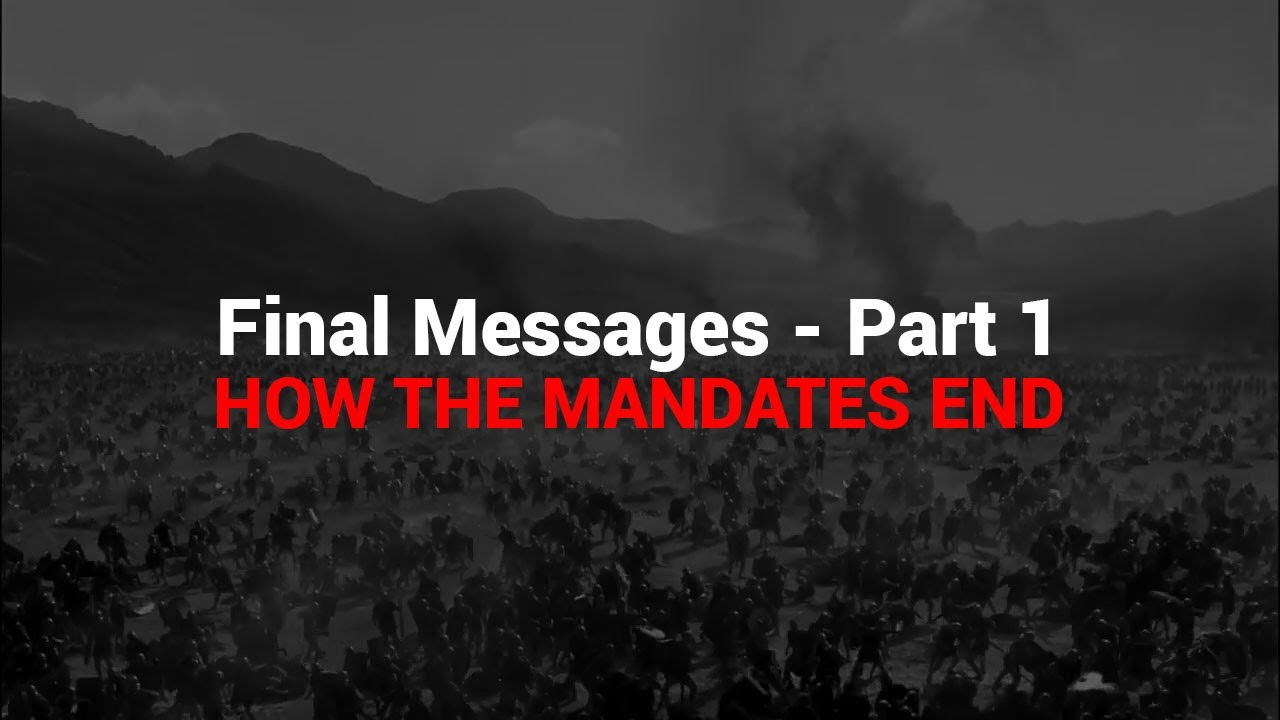 
Ten years ago, Aaron Hawkins of StormCloudsGathering was a wildly successful YouTuber, paid lots of money from Google ads for his gripping geopolitical commentary. I featured dozens of his videos on this site, including ‘The Road to World War Three’, which received 3.8 million views.
In 2015, Hawkins’ channel was hit by Big Tech’s first wave of demonetizations and he was effectively put out of business. Other sites similarly affected during this early period of online censorship included WeAreChange and ForbiddenKnowledgeTV.
Having created numerous videos about impending global chaos, Aaron moved with his young family to the Caribbean island nation of Dominica to build a self-reliant sustainable community. He soon found himself in the middle of a very vivid rehearsal for the global chaos that he’d been predicting, when Dominica took a direct hit from Hurricane Maria’s 195 mph winds and the infrastructure, the trees and virtually everything there was completely destroyed.


He stopped posting regularly due to this emergency and to the lack of financial incentive.
StormCloudsGathering is now back with this video about the October 15 date to globally implement forced vaccination and vaccine passports.
He says, “October 15, 2021 was the date chosen to mark the dawn of the new Iron Curtain. All around the world, the political, corporate and religious elites synchronized enforcement of employment mandates and health passport systems under the guise of public health.

“It didn’t matter that the official rationale for these measures had been thoroughly debunked. It didn’t matter that the risk benefit calculations for children were nonsensical. It didn’t matter that the strikes and protests against the mandates were intensified and were already revealing cracks in the system. Elites would push forward, because they were committed now and this would be their undoing.”
He cuts to an interview on the street during the September 8th, 2021 Veterans’ Freedom Rally in London with Anna de Buisseret, a retired Officer of the British Army, with 26 years as a litigator, who also happened to work for two years as a management consultant at Pfizer.
She assures us that “more lawyers than the public realize” are working behind-the-scenes on cases and she warns that those in positions of responsibility will be held accountable in a second Nuremburg Trial:

“Anybody in any profession who knows what’s going on and is staying silent, unfortunately, the Military Tribunal’s International Case Law goes against them, so they need to read those, look at what they’re doing and admitting to do and work out which side of the law they want to stand on, because that legal position has already been analyzed in the past by our ancestors, bless their hearts and the law is already there.
“So anybody who’s not standing up, who’s not actively stopping harm from happening to all of us is not complying with the law.”

Aaron then asks us:

“So how do we get to Nuremberg 2.0? How do we get from Point A, medical apartheid and coerced experimentation, to Point B, justice with teeth? The short answer is war.
“The elites have declared it on their own people. They marked it symbolically by choosing October 15th. Sacrifice the October Horse [Equus October].
“In Roman times, this was an offering to Mars, the God of War. In this context, the translation is very simple. They are starting this war on purpose and they intend to use it to their advantage.
“But in their arrogance, they have committed many grievous errors. Their invocations are corrupt and profane. They have transgressed Common Law, International Law and Spiritual Law. The forces they have awakened cannot be bent to their will. They will reap no benefit by invoking the Red Horse, nor will the Black Horse ride down the path they have planned.
“The scales do not find in their favor. They will get their war, a real war with all of its horrors. They will also get their famine to accompany their plague. They’ll even enjoy a brief moment, when it seems as though they’ve won.
“But they will not like what comes next, even as the final cards of their tower were put into place, the wind was already beginning to stir, errors were compounding, the timeline was becoming less and less realistic and even the trick up their sleeve would go terribly wrong.
“Rather than gain power, they would lose everything. They would run and find no refuge. The tribunals would be decisive. The executions public and brutal. Their names and crimes will live in infamy for generations.
“You will hear of civil wars that cross borders in unexpected ways. You will hear of monuments and strongholds toppled and burned. Even the evil that hides within the Church will be given no quarter.
“This is how their story ends and a new era begins.”