The wealthy elite travel to the World Economic Forum’s annual meetings via a steady stream of private aircraft to discuss issues like global sustainability, but their real plan is to usher in stakeholder capitalism, in which private corporations — not elected leaders — become “trustees of society,” putting your privacy and data, your food and your freedom at risk.
By
Dr. Joseph Mercola 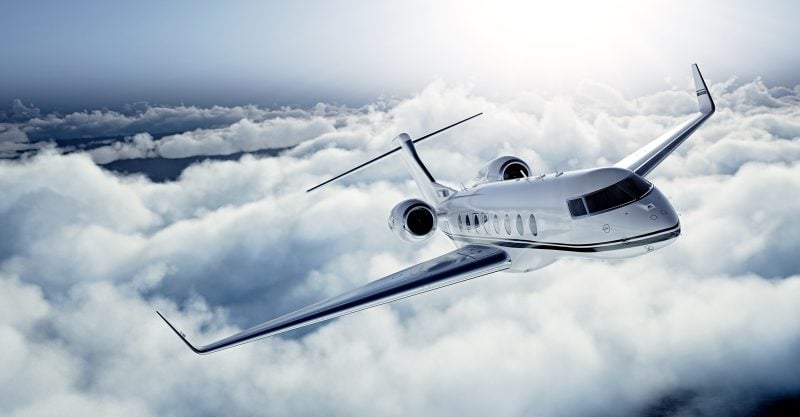 The Defender is experiencing censorship on many social channels. Be sure to stay in touch with the news that matters by subscribing to our top news of the day. It's free.
Story at-a-glance:

At the start of each year, the world’s elite hop into their private jets and descend upon Davos, Switzerland, a city prized not only for its luxury ski resorts but also for hosting the World Economic Forum (WEF) annual meeting.
Also known as the Davos Forum, the event takes on a different theme each year, providing a global platform for business leaders, government officials, academia and other members of society to discuss “critical issues.” WEF is one of the key players behind The Great Reset, with their “new normal” dictum that, by 2030, you will own nothing and be happy.
In such a scheme, the world’s resources will be owned and controlled by the technocratic elite. All items and resources are to be used by the collective, while actual ownership is restricted to an upper stratum of social class. Just how “upper class”?
To even attend the WEF annual meeting, you must be privately invited or a member of WEF, which costs $60,000 to $600,000. The attendance badge for the meeting is extra and costs another $27,000 in 2020, just to get entrance to the conference.

ORDER TODAY: Robert F. Kennedy, Jr.'s New Book — 'The Real Anthony Fauci'
Arriving on private jets to discuss sustainability
The irony was palpable at Davos 2020, which brought in a “steady stream” of private planes and helicopters so their passengers could discuss the climate crisis and sustainability. In 2018, more than 1,000 private jets and helicopters similarly made their way to Davos and, in 2017, an estimated 200 private flights landed in the city each day during the event.
By 2050, it’s estimated that aviation will contribute 22% of global carbon emissions. Still, in 2019, more than 600 private planes arrived at the Davos Forum, and that doesn’t include the military planes that transported an additional 60 presidents and prime ministers.
But we needn’t worry about this indulgence of the upper classes at the expense of the environment, according to WEF. “Offering little self-awareness, leaders of the WEF claim that the jet-set class promises to purchase carbon credits to offset the emissions from their planes,” Forbes noted.
This is yet another strategy of the technocratic elite to set up a new wave of colonization in the name of sustainability and “net zero” carbon emissions.
Rich carbon super-emitters plan to buy their way out
The deadline Bill Gates has given to reach net zero emissions is 2050. It’s another ironic statement coming from the jet-set elite. Gates lives in a 66,000-square-foot mansion and travels in a private jet that uses up 486 gallons of fuel every hour. As a result of buying up staggering amounts of farmland, he’s a major contributor to carbon emissions, and his jet-setting lifestyle also makes him a carbon “super-emitter.”
But when it comes to the elite, it’s “do as I say, not as I do.” As explained by Vandana Shiva, in order to force the world to accept The Great Reset’s new food and agricultural system, new conditionalities are being created through net zero “nature-based” solutions, which are anything but good for the environment and favor the rich.
Navdanya’s report, “Earth Democracy: Connecting Rights of Mother Earth to Human Rights and Well-Being of All,” explains:
“If ‘feeding the world’ through chemicals and dwarf varieties bred for chemicals was the false narrative created to impose the Green Revolution, the new false narrative is ‘sustainability’ and ‘saving the planet.’ In the new ‘net zero’ world, farmers will not be respected and rewarded as custodians of the land and caregivers, as Annadatas, the providers of our food and health.
“… ‘Net Zero’ is a new strategy to get rid of small farmers first through ‘digital farming’ and ‘farming without farmers’ and then through the burden of fake carbon accounting.
“Carbon offsets and the new accounting trick of ‘net zero’ does not mean zero emissions. It means the rich polluters will continue to pollute and also grab the land and resources of those who have not polluted — indigenous people and small farmers — for carbon offsets.”
The idea that the elite can continue to pollute but simply purchase carbon credits to “offset” their pollution is simply a matter of smoke and mirrors. Speaking with Business Insider, Lucy Gilliam, with the European clean transport nonprofit Transport & Environment, stated, “You’re not actually removing the emissions that have been created by that plane. The plane will have burned that fuel, and the carbon has been released into the atmosphere.”
Davos 2021: Execute the Great Reset
In 2021, due to the pandemic the Davos Forum was held virtually in January and again in person in Singapore in August. During the five-day January event, which was attended by 1,507 people from “the highest levels of leadership,” five domains of The Great Reset Initiative were discussed, including:

It’s made clear that the COVID-19 pandemic has created “a unique window of opportunity” to rapidly usher in The Great Reset, which involves changing everything from future global relations and the direction of national economies to “the priorities of societies, the nature of business models and the management of a global commons.”
The end goal is to “build a new social contract,” which sounds like a lofty goal while telling you exactly nothing. “Build back better” is a tagline that’s used often with The Great Reset, and though this is being played off as a new initiative, it’s actually a rebranding of terms for technocracy and the old “New World Order.”
Part of the plan involves the Fourth Industrial Revolution, which Schwab has been discussing since at least 2016, and which “is characterized by a fusion of technologies that is blurring the lines between the physical, digital and biological spheres.”
In terms of government, the Revolution will bring new technological powers that allow for increased population control via “pervasive surveillance systems and the ability to control digital infrastructure.” As for as its effects on people, Klaus Schwab, WEF’s founder and executive chairman, wrote in 2016:
“The Fourth Industrial Revolution, finally, will change not only what we do but also who we are. It will affect our identity and all the issues associated with it: our sense of privacy, our notions of ownership, our consumption patterns, the time we devote to work and leisure, and how we develop our careers, cultivate our skills, meet people, and nurture relationships.
“It is already changing our health and leading to a ‘quantified’ self, and sooner than we think it may lead to human augmentation. The list is endless because it is bound only by our imagination.”

Double your impact! When you make a donation to Children's Health Defense, your donation will be matched — up to $1 million! Donate Now!
Davos 2022: Ushering in stakeholder capitalism
Davos 2022 will take place in January 2022, with plans to continue The Great Reset narrative. The theme, “Working Together, Restoring Trust,” will focus on “accelerating stakeholder capitalism, harnessing the technologies of the Fourth Industrial Revolution and ensuring a more inclusive future of work.”
Also known as stakeholder economy, Forbes described stakeholder capitalism as “the notion that a firm focuses on meeting the needs of all its stakeholders: customers, employees, partners, the community and society as a whole.”
The idea of stakeholder capitalism has been around since at least 1932, and was also endorsed by nearly 200 CEOs of large corporations in August 2019. However, it is now being accelerated as part of The Great Reset.
“Business has now to fully embrace stakeholder capitalism, which means not only maximizing profits, but use their capabilities and resources in cooperation with governments and civil society to address the key issues of this decade. They have to actively contribute to a more cohesive and sustainable world,” said Schwab.
However, forms of stakeholder capitalism have already been tried and failed, because balancing conflicting stakeholder claims was near-impossible and only led to mass confusion and poor returns. The failure of this strategy is what led big businesses to focus on maximizing shareholder value instead.
The future of food, privacy and freedom are at stake
In stakeholder capitalism, private corporations become “trustees of society,” as Schwab said, which he added is “clearly the best response to today’s social and environmental challenges.” But while it sounds like a good thing to have corporations looking out for their customers, suppliers, employees and society as a whole, the underlying theme is that private corporations take power over society — not elected leaders.

Even the creators of natural asset companies (NACs) admit that the ultimate goal is to extract near-infinite profits from the natural processes they seek to quantify and then monetize. #sustainability @_whitneywebb #TheDefender

Wall Street’s New Asset Class Will Put Natural World ‘Up for Sale’
The Rockefeller Foundation and the New York Stock Exchange recently created a new asset class that will put not just the natural world but the processes underpinning all life, up for sale under the...

WEF is partnered with multinational corporations that lead the food, oil, technology and pharmaceutical industries. What does a future look like in which these corporations call all the shots?
We’ve already seen snippets, such as the 2021 UN Food Systems Summit, which prompted boycotts from farmers and human rights groups over claims that it favored agribusiness interests, elite foundations and the exploitation of African food systems.
In terms of Big Tech, it’s possible it would end up as its own global governing body, wielding increasing power over society. Your privacy and data, your food and your access to medications would all be under the control of these corporate “custodians.” As political scientist Ivan Wecke wrote in Open Democracy:
“The plan from which The Great Reset originated was called the Global Redesign Initiative. Drafted by the WEF after the 2008 economic crisis, the initiative contains a 600-page report on transforming global governance. In the WEF’s vision, ‘the government voice would be one among many, without always being the final arbiter.’
“… Instead of corporations serving many stakeholders, in the multi-stakeholder model of global governance, corporations are promoted to being official stakeholders in global decision-making, while governments are relegated to being one of many stakeholders. In practice, corporations become the main stakeholders, while governments take a backseat role, and civil society is mainly window dressing.
“… If you value your right to public health, to privacy, to access healthy food or to democratic representation, be wary of the words ‘stakeholder capitalism’ when they pop up at the next Davos summit.”
Originally published by Mercola.