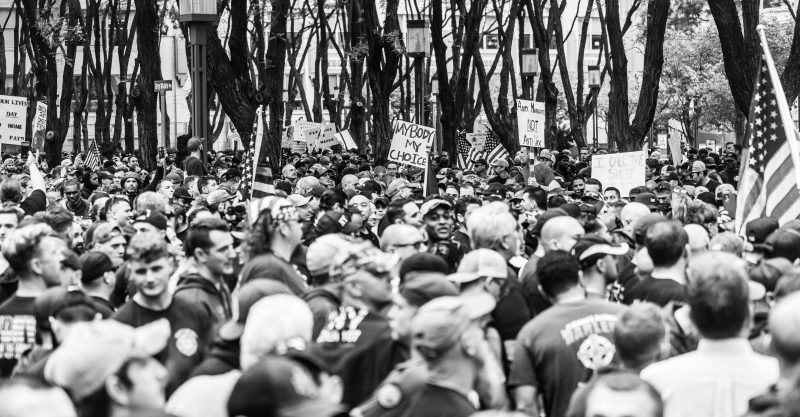 Worldwide Walkouts will demand a return to freedom and democratic principles. Citizens around the globe are protesting loss of liberty, illegal mandates and tyrannical government overreach. Every man, woman and child is important to this movement!

Robert F. Kennedy, Jr., CHD Board Chair and Lead Counsel:
“No government in history has ever surrendered power in the absence of a demand. We need to tell these governments and their friends in the technocracy, the Silicon Valley billionaire boys club, the mainstream media, and the pharmaceutical industry that we will no longer tolerate their trampling of citizens’ rights.”

Join us for the WorldWide Walk Out kick-off on November 3rd!

People have been battered during the epidemic for the last 1.5 years. And now their jobs, livelihoods, education for their children and way of life is being threatened because they refuse to take a government and employer mandated injection.

Religious and medical exemptions are being rejected but that is a false choice anyway. Since when does anyone need an exemption to exercise their personal right to reject a foreign substance being injected into their body by the government?

Americans and the world need to stand up, walk out and just say NO. CHD will encourage recurring walkouts where citizens target specific industries and solidify our grassroots movement as a powerful voting block in elections to apply political pressure.

Children’s Health Defense and our State and International Chapters are joining citizens and organizations from all over the world as they come together for “WORLDWIDE WALKOUTS!”

“WORLDWIDE WALKOUTS!” is a call for a global shut down to stop business as usual and celebrate human rights. Citizens around the world will be asked to unify for freedom and commit acts of civil disobedience to make their point. No masks, no vaccines, no testing. No coercion. The potential headlines: “500 towns in America and around the world have nurses, teachers etc. walk out for freedom”, “French and Italian Voters in acts of civil disobedience…”

Any mass gathering of people in peaceful noncompliance engaging in acts of civil disobedience. While individual town halls/courthouses may yield smaller crowds, it’s easier than driving hours to a state capital. No event is too small or too large. They will only grow with time.

Make it a celebration of unity. Communities may need to order sound equipment, permits, porta-potties, etc. depending on the number expected. H ave food (order pizzas and food trucks), or ask people to bring food for a Freedom Pot Luck, picnic baskets and picnic blankets and musical instruments. Create a unified voice with singing of popular songs, the national anthem, chants and more. Ask veterans, first responders, educators and children to speak. Create a freedom community by asking the crowd to introduce themselves to their neighbor, encouraging hugs and holding hands to resist the mainstream narrative of social distancing and fearing close contact with others. Choosing a color for your events might be a great unifier.

Come back to this page for helpful planning information on this and future rallies including best practices (i.e., press releases, getting local media) and ways to order posters, flyers, T-shirts and more.

Links to videos/pictures of civil disobedience

French citizens are storming stores that enforce vaccine passports, filling up shopping carts and leaving them right before the checkout before walking out.

Italian citizens take to the streets in protest of Green Pass 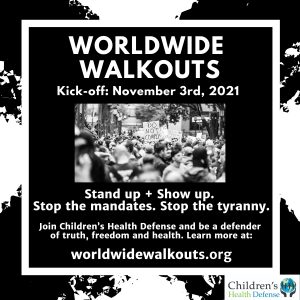 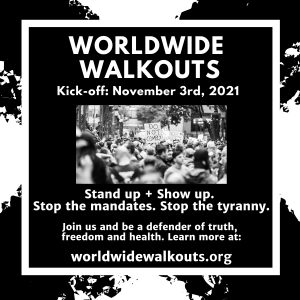 Let Us Know About Your Event!

Sign up for free news and updates from Robert F. Kennedy, Jr. and the Children’s Health Defense. CHD is implementing many strategies, including legal, in an effort to defend the health of our children and obtain justice for those already injured. Your support is essential to CHD’s successful mission.