Source: Dillon Burroughs
A dozen officers from the New York Police Department are moving to one Florida city amid growing anti-police sentiment in the Big Apple.
One of them is Hector Lopez, who recently left New York to join the Lakeland Police Department.
Lopez, along with Lakeland Chief Ruben Garcia and Assistant Chief Hans Lehman, discussed the trend during a Fox News’ “Fox & Friends” interview on Thursday morning.
The Fox News chyron at the start of the segment read, “Anti-Cop Sentiment Pushes NYPD Officers to Florida,” a reference to the fact that Mayor Bill de Blasio and the city’s other Democratic leaders have alienated much of the police force with budget cuts, vaccine mandates and other policies.
However, Lopez indicated his reasons were closer to home.Trending:Report: Former CNN Cameraman Exposed as Alleged Congressional Hitman – ‘I’m Coming for Him’
“One of the main things that drove me down to Florida was my family. As I was speaking to my fiance, I told her, ‘Hey, this is a great opportunity for us to leave New York,’” he said.
Lopez also said some of his children are ready for college, and “I feel like the colleges down here are great for my kids.”
https://video.foxnews.com/v/video-embed.html?video_id=6279172077001&loc=westernjournal.com&ref=https%3A%2F%2Fwww.westernjournal.com%2F12-nypd-officers-relocate-single-florida-police-department-anti-cop-sentiment-grows%2F&_xcf=
Lehman explained that officers from the department traveled to New York in April in recruiting efforts.

Florida Republican Gov. Ron DeSantis has also improved the situation by promoting a $5,000 bonus for police officers moving to Florida from out of state.
“It’s a wonderful opportunity for our city as well as for our officers coming down,” Garcia said on “Fox & Friends. “We had a shortage, just like many of the other police departments across the nation, and this was a great opportunity for us to reach out to officers we knew were looking for other opportunities and give them an opportunity down here in Florida.”
Police officers in other cities and states also might be motivated by vaccine mandates and “defund the police” efforts to seek other options.
During an interview Sunday on the Fox News show “Sunday Morning Futures” with Maria Bartiromo, DeSantis said Florida is planning a special legislative session to push back against vaccine mandates.
“We’re actually actively working to recruit out-of-state law enforcement because we do have needs in our police and our sheriff’s departments. So, in the next legislative session, I’m going to hopefully sign legislation that gives a $5,000 bonus to any out-of-state law enforcement that relocates in Florida,” the governor said. 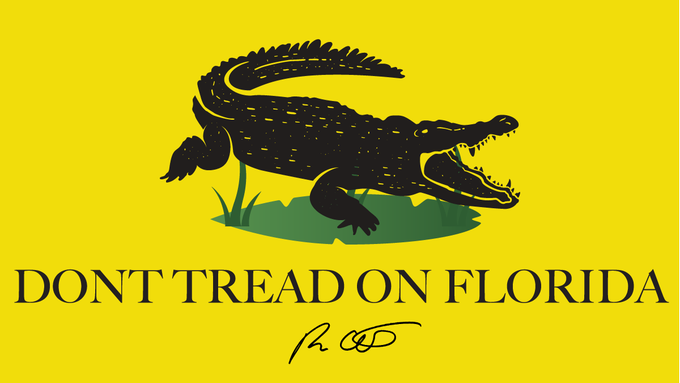 “So, NYPD, Minneapolis, Seattle, if you’re not being treated well, we’ll treat you better here. You can fill important needs for us, and we’ll compensate you as a result.”
In Chicago, a police union leader involved in the vaccine mandate dispute has told the city’s officers to defy the city’s law enforcement COVID-19 vaccine mandate, calling it “absolutely wrong.”
John Catanzara, president of Lodge 7 of the Fraternal Order of Police, shared his perspective on Fox News’ “Fox & Friends” earlier this month as Chicago’s law enforcement vaccine mandate deadline neared.
He was urging officers to refuse to report their vaccine status.
“The numbers we have are probably around half are not [vaccinated]. But even the ones that are, like myself, believe that a forced mandate is absolutely wrong,” Catanzara said.
https://video.foxnews.com/v/video-embed.html?video_id=6277243416001&loc=westernjournal.com&ref=https%3A%2F%2Fwww.westernjournal.com%2F12-nypd-officers-relocate-single-florida-police-department-anti-cop-sentiment-grows%2F&_xcf=
Mayor Lori Lightfoot has said she would put officers who refuse to comply on unpaid leave, according to The Associated Press.