"Rolling Stones? Rolling away the stone!" 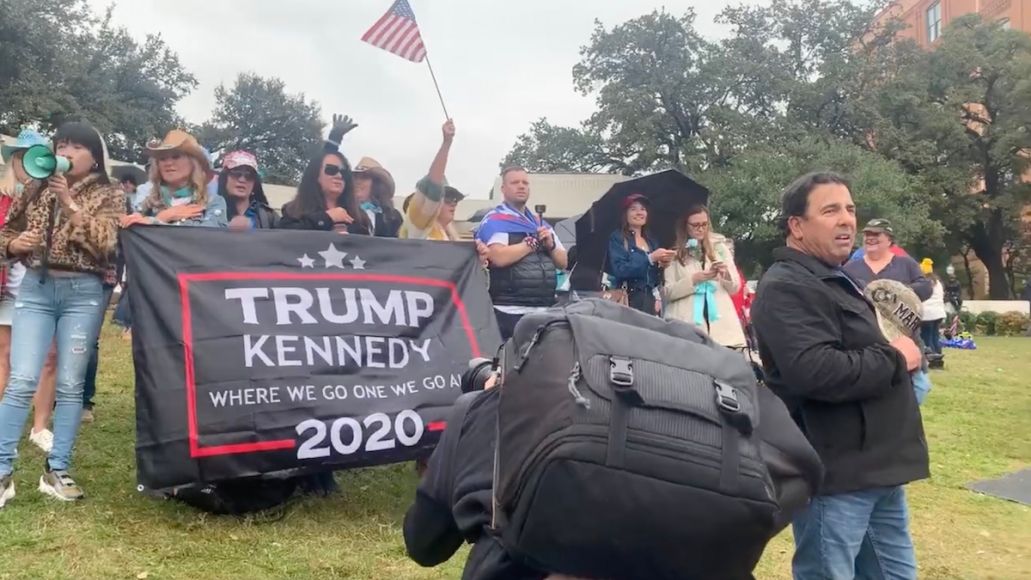 John F. Kennedy Jr. died in a plane crash in 1999, which may be one of the reasons he failed to greet hundreds of QAnon believers at a November 2nd rally in Dallas, Texas. And despite rushed prophesies that his second coming had been pushed back to The Rolling Stones concert later that night, he also neglected the “No Filter Tour,” meaning that the moment when Donald Trump resumes office as the [checks notes] 19th American president has once again been delayed.
As Rolling Stone, The Daily Beast, and The Dallas Morning News have reported, hundreds of QAnon believers flew in from as far as California and New York, gathering at Dealey Plaza, site of President John F. Kennedy’s 1963 assassination, to witness what they believed would be the return of JFK Jr.
Some held up banners that read “Trump Kennedy 2020,” indicating a belief that the former George publisher and current dead guy would have become Trump’s Vice President in 2020 if the election had unfolded as it was meant to.

“Trump reinstated as 19th president calls up a new vice president, JFK Junior” one QAnon influencer wrote to his more than 250,000 followers on social media. He added that “everything from 1871 was illegal and unconstitutional,” which is why Trump is only the 19th president.
QAnon has sometimes been described as a buffet conspiracy, with many believers picking and choosing from a wide spread of conspiratorial options. While most Q supporters have some shared beliefs — notably, that Trump is secretly working to take down a child sex trafficking cabal run by blood-drinking Democrats — those who believe that JFK Jr. faked his death to #SaveTheChildren are a fringe minority within the larger movement.
Still, the size of the rally surprised some experts. ”Frankly, I’m kind of shocked at how many people turned out for this,” said Jared Holt, a domestic extremism research who works at Atlantic Council’s Digital Forensic Research Lab. “This wasn’t a widespread belief, even among QAnon followers.”
The rally has its origins in numerology, a pseudoscience that attempts to locate mystical connections between integers and real world events. Michael Brian Protzman, a QAnon adherent with more than 100,000 followers on the social media app Telegram, has utilized numerology to divine that the Kennedys are descendants of Jesus Christ. Through his Telegram channel, “Negative48,” he has argued that the Kennedys would return in early November to help restore Trump to the White House. Protzman attended the November 2nd rally, using a permanent marker to write numerological equations on his followers t-shirts.
JFK Jr. was initially expected at 12:30 p.m., at the time of his father’s assassination. When the hour came and went without revelation, rumors began to circulate that he would instead appear at a concert by The Rolling Stones that evening. One livestream host found a biblical justification for this switch, saying to his viewers, “Rolling Stones? Rolling away the stone!”

One attendee, Micki Larson-Olson, wore a QAnon-inspired Captain America costume. She told The Dallas Morning News that she not only believes JFK Jr. is alive, but that his Presidential father, now 104 years old, is also working to return Trump to power. When asked if she would change her beliefs if the Kennedys failed to reveal themselves, she said no.

“We’ll figure that something happened in the plan that made it not safe to do it,” she said. “If it doesn’t go down how I believe it will, that’s OK. We’ll figure it just wasn’t the right time.”
Kennedys or no Kennedys, The Rolling Stones have plenty of dates left on their “No Filter Tour,” which is continuing despite the death of longtime drummer Charlie Watts. Tickets are available through Ticketmaster.
Advertisement

Last month, Passion of the Christ actor Jim Caviezel gave a strange speech at a QAnon conference where he quoted the Bible, former President Reagan, and the movie Braveheart.

Here at Dealey Plaza, where hundreds of QAnon supporters have gathered expecting JFK Jr to reveal himself where his father was assassinated. (JFK Jr. died in a plane crash in 1999.) 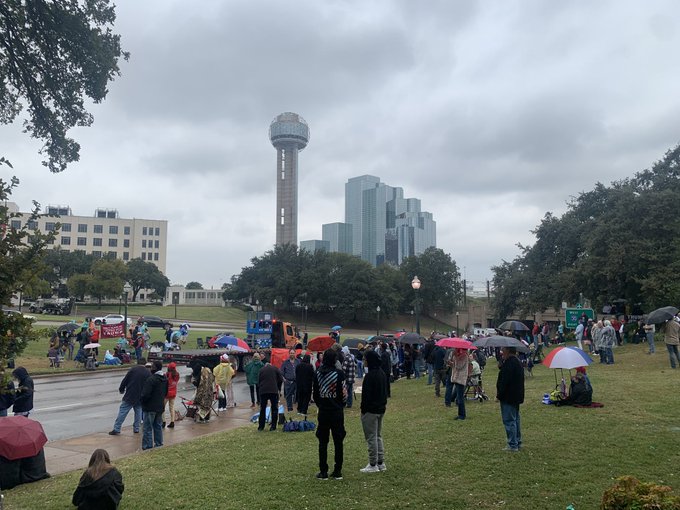 Crowd, including a group holding a Trump/Kennedy 2020 sign, breaks out into a rendition of the national anthem on the grassy knoll. A segment of QAnon followers believed JFK Jr — who has been dead for more than 20 years — would run on a ticket with Trump in 2020 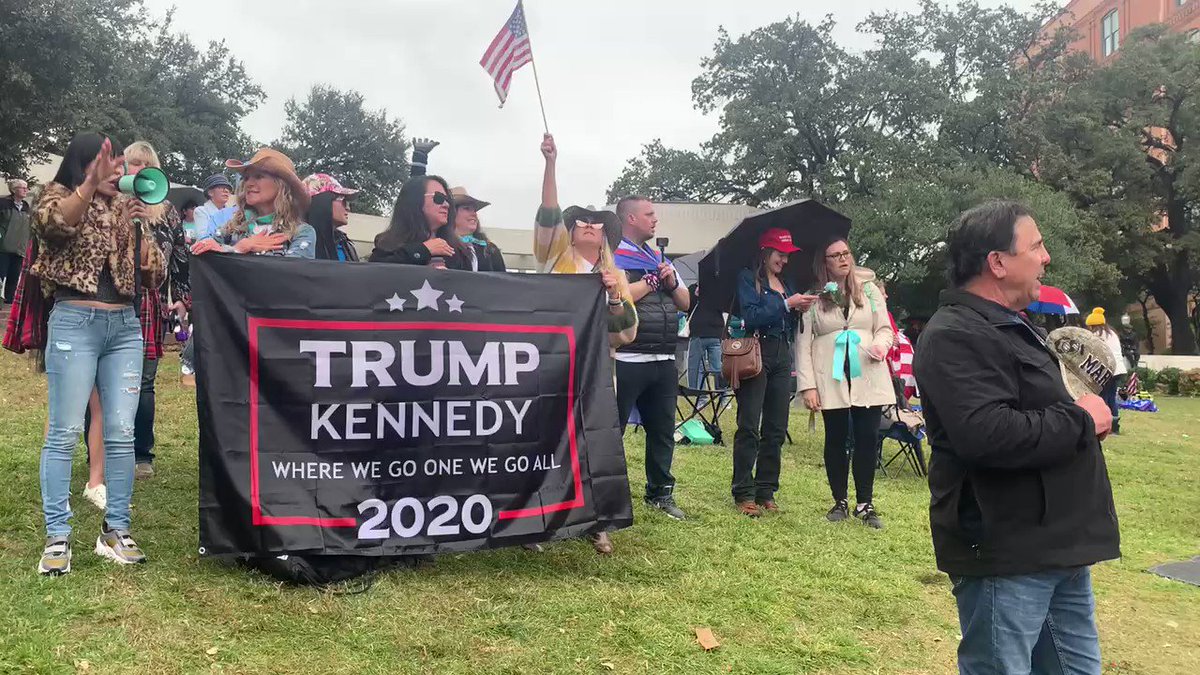